Howie Hawkins condemns right wing invasion of the US Capitol 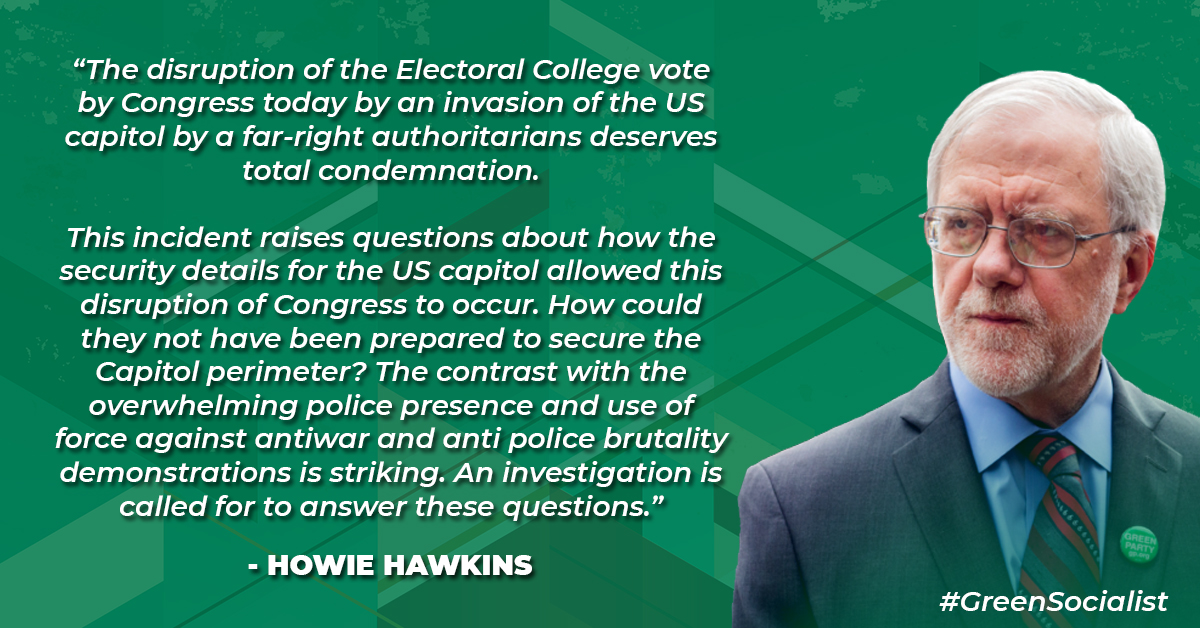 The disruption of the Electoral College vote by Congress today by an invasion of the US capitol by a far-right authoritarians deserves total condemnation.

This incident raises questions about how the security details for the US capitol allowed this disruption of Congress to occur. How could they not have been prepared to secure the Capitol perimeter? The contrast with the overwhelming policy presence and use of force against antiwar and anti police brutality demonstrations is striking. An investigation is called for to answer these questions.

Donald Trump should be immediately impeached for his seditious instigation at the rally of the far-right authoritarians to march on the Capitol and obstruct the Electoral College vote count. Trump has crossed the line from being a crybaby sore loser and a mongerer of conspiracy delusions about non-existent electoral fraud to being a participant in an attempted coup.

The Capitol must be secured as swiftly as possible and Congress must expeditiously certify the Electoral College vote and the election of Joe Biden to the presidency.