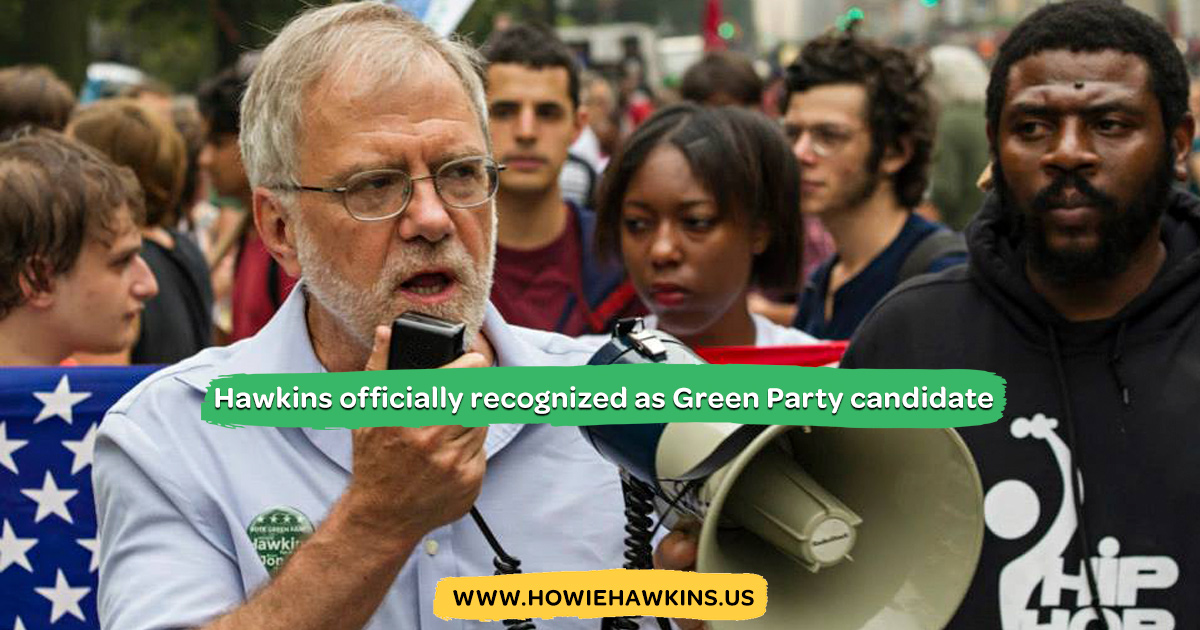 Howie Hawkins of New York has just become the first person to receive official recognition from the Green Party as a candidate for the 2020 Green Party presidential nomination.

Hawkins has been involved with the Green Party since its beginning in 1984. He ran for governor of New York State three times (2010, 2014, 2018), securing four years of ballot access for the NY State Green Party each time. In 2014, he received 5 percent of the vote, the most for an independent left party candidate for governor in New York in a century. In 2010 he became the first candidate in the United States to campaign for a “Green New Deal”.

Hawkins has been continually engaged in efforts supporting peace, justice, worker rights, and the environment. In 1972 he enlisted in the Marine Corps which did not stop him from organizing against the Vietnam War. After studying at Dartmouth College, he worked in construction in New England in the 1970s and 1980s. Since 1991 he has lived in Syracuse, New York, working as a Teamster unloading trucks at UPS until his retirement in 2018.

The Green Party awards official recognition to candidates that meet certain criteria indicating that they have made basic preparations for running. The candidate must

Hawkins’ application for official recognition was received on July 11 by the Green Party’s Presidential Campaign Support Committee (PCSC). The PCSC co-chairs then analyzed Hawkin’s fundraising reports as well as his signatures of support. A preliminary determination indicated that Hawkins had met the requirements. But PCSC members were given five days to challenge this conclusion. When no challenge appeared by July 23, official recognition was confirmed.

The PCSC notes that at least 6 other people have declared that they are running for the Green Party nomination, but these persons have not yet applied for official recognition.