Homeless take over public library, in movie and in real life 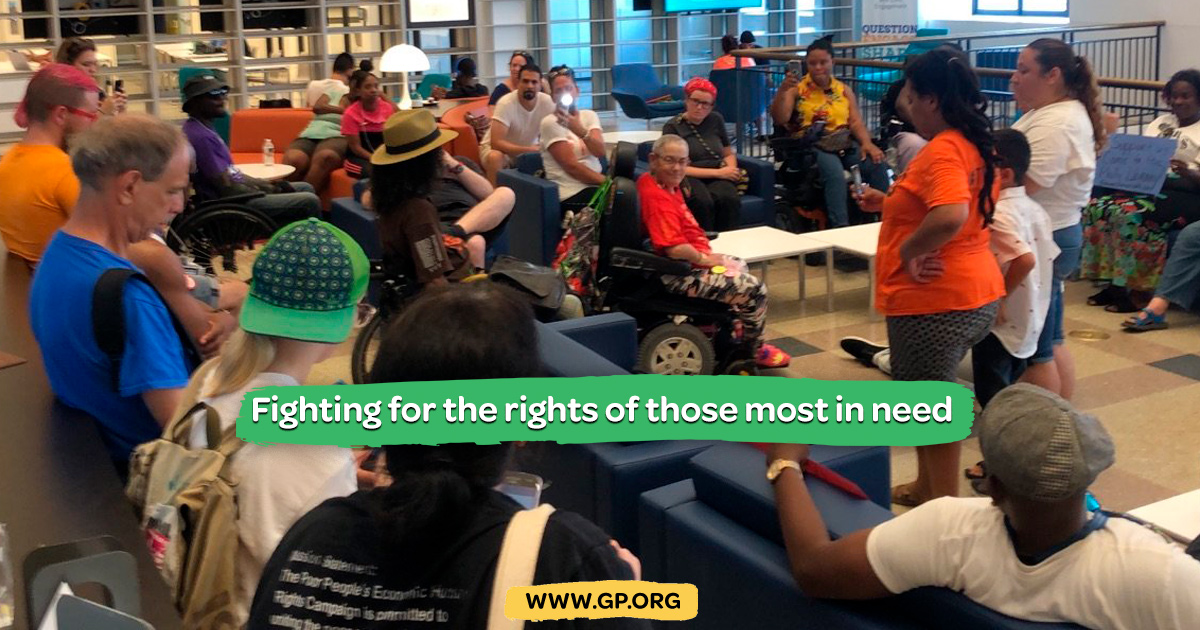 In a case of art imitates life imitates art, the Poor People's Economic Human Rights Campaign is taking a page from a Hollywood film released earlier this year, "The Public," and is occupying the Philadelphia Free Library at 1901 Vine St. These anti-poverty advocates are demanding affordable housing and welfare for people in Pennsylvania and across the country. They will stay in the library until the City of Philadelphia or Pennsylvania provides an affordable housing option for one of their members, Tanya, who is representative of so many people who were pushed out of shelters and had their general assistance cut. The movie, "The Public," was written and directed by Emilio Estevez, and portrays the takeover of a library by homeless people in Cincinnati, OH.

On August 1, PA ended general cash assistance at $200/mo, which is equal to what PA lawmakers get in daily allowances for their expenses. Earlier this year, Philadelphia closed the single women's shelter, Fernwood East, and people like Tanya were not provided options for long-term affordable housing to live on their own. Now, with PA cutting her $200/mo in cash benefits, Tanya has no income, so she can't qualify for low-income housing. She is waiting for disability benefits to start, but in the meantime she has been taken into a PPEHRC shelter, since the City hasn't provided viable long-term options.

The leader of PPEHRC, Cheri Honkala, was homeless with her son, Mark Webber, when he was young. Along with other homeless people and advocates, Cheri and Mark occupied government-owned houses in order to survive and drawn attention to their plight. Mark is now a Hollywood actor and filmmaker, and creates "reality cinema" movies that mix art and real life, often drawing attention to issues of homelessness and poverty he experienced as a kid. Honkala was also the Green Party Vice Presidential candidate in 2012.

Find out more about this campaign and others at PPEHRC's website, economichumanrights.org.