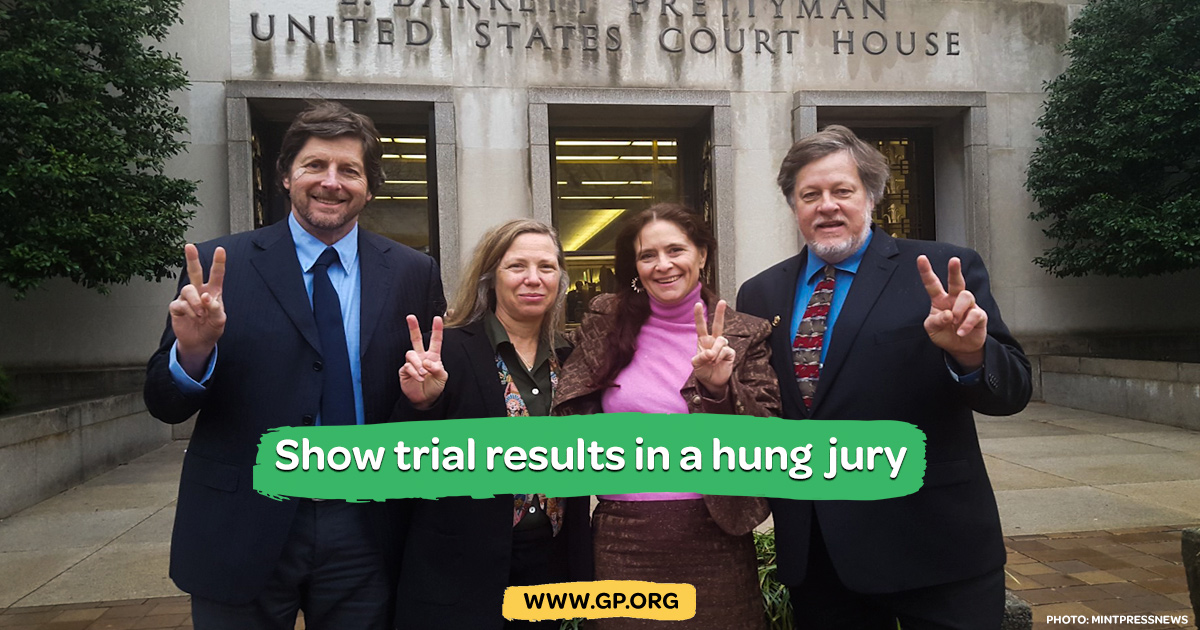 The four individuals were arrested in May of 2019 at the Venezualen Embassy in Washington, D.C., where they were attempting to protect an embassy takeover by an appointee of coup leader Juan Guaido. Included among the four are Green Party of the United States National Co-Chair Margaret Flowers, and Kevin Zeese, 2006 Green candidate for U.S. Senate from Maryland.

At the beginning of the trial, Chief Judge Beryl A. Howell issued a ruling placing a number of restrictions on what the defendants would be allowed to tell the jury. They could not argue that their First Amendment political rights were violated; that Juan Guaido is not, in fact, president of Venezuela; nor that the Protectors were prepared to leave the embassy voluntarily once a protecting power agreement was reached between the US and Venezuela.

The Embassy Protectors decided not to present a defense because, in their view, the Trump administration did not prove guilt beyond a reasonable doubt. After the four defense lawyers gave closing statements and the prosecution gave its rebuttal, the jury met for four hours and resumed deliberations the next morning.

Embassy Protectors WIll Not Be Able to Tell Jury Guaido Is Not President, or Mention International Law Baraka, Ajamu and Bahman Azad. Feb 6, 2020
www.defendembassyprotectors.org

Drop all charges against the Venezuelan Embassy protectors!
https://www.gp.org/drop_all_charges