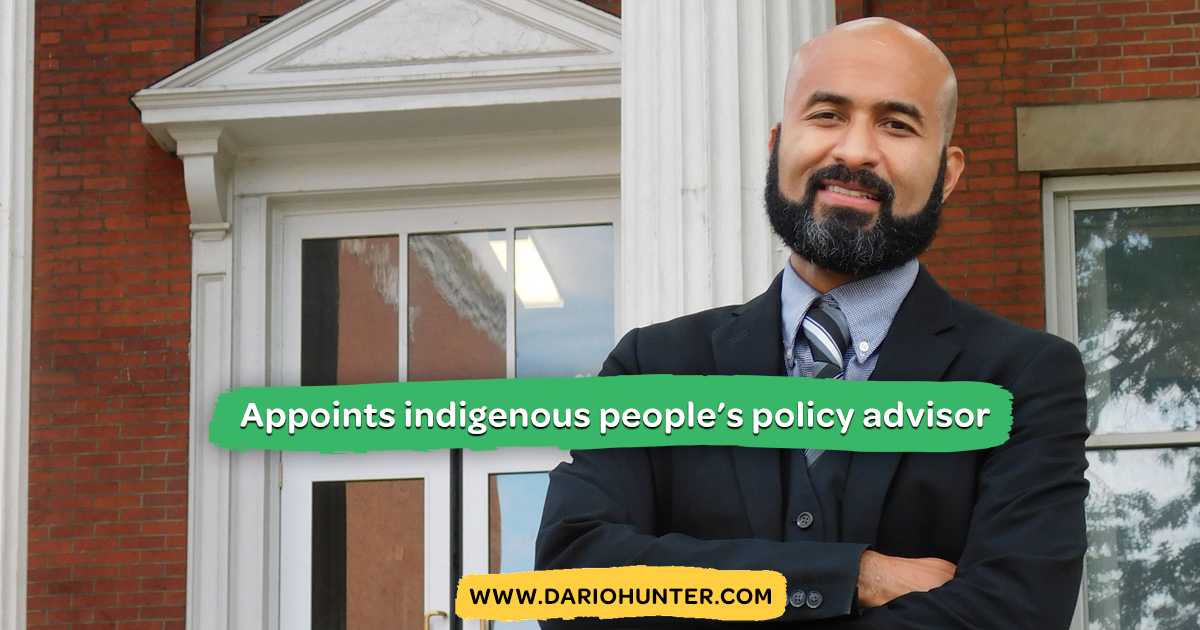 To fortify a growing movement, the Dario Hunter/Darlene Elias 2020 Presidential Campaign has chosen to dedicate itself to diversity in a way it believes is unmatched by all other campaigns. For this reason, it is especially grateful to be able to announce that Dawn Neptune Adams will be joining the campaign as its Indigenous People’s Policy Advisor.

Dawn is a member of the Penobscot Nation whose activist resume stretches back to 1998 when she began fighting for indigenous rights and environmental justice in Huntington Beach, CA. She has been on the frontlines of movements such as Occupy Wall St., Idle No More, Standing Rock, and the struggle to resist territorial theft of Penobscot land and water.

Dawn is a journalist with Sunlight Media Collective, Wabanaki liaison to the Maine Independent Green Party, and a Racial Justice Consultant to the Peace and Justice Center of Eastern Maine. She is also an anti-war activist who is especially well-versed in geopolitical issues.

"I see presidential candidates as political megaphones, using the candidate's platform to amplify ideas and concepts," said Dawn. "For me, this is about amplifying the voices of candidates who best represent my worldview."

Vice-Presidential hopeful Darlene Elias, Co-Chair of the Green Party Women's Caucus and delegate for the Latinx Caucus, says that "Dawn's roots and insight to the indigenous community is invaluable to our campaign. Aside from this is she a beautiful person spiritually who understands the unique importance of honoring ancestry and the path that has been paved for us."

For Dario Hunter, diversity is a political issue that has deep personal significance. "You don't live in this world as a Black, gay, Jewish, son of a Persian immigrant without growing a tough skin," he said. "Diversity and adversity have taught me how to build bridges--but they have also taught me how to fight." He said he is ready to fight for the rights of indigenous people.

These bridges are especially important when the rights of indigenous people are being increasingly threatened. As a fighter herself, Dawn has found the Hunter/Elias campaign to be a bridge between grassroots activism and electoral politics. She is ready to be the amplified voice not just for indigenous people, but for all those neglected by the current political system.