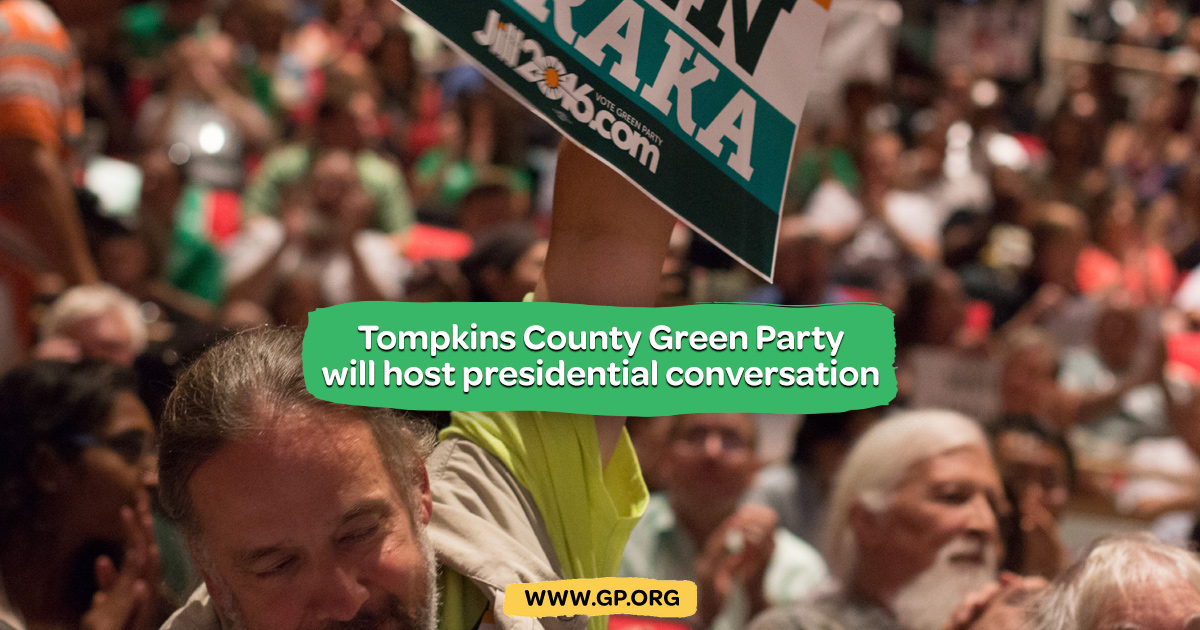 ITHACA, NY – The Tompkins County Green Party's January meeting will be dedicated to a Presidential Conversation.  What's involved in getting on the ballot as a Green?  How does the Green Party promote candidates, and how does it select a candidate?  How does the process work in New York State specifically?  How does this compare to, and sometimes interact with, candidate selections from other parties?

Michael O'Neil will present on these and related questions.  He brings over fifteen years of political communications experience, with twelve of those spent with the Green Party in everything from street canvassing to national press relations. Michael served as staff on the 2010 New York gubernatorial campaign that won back ballot status for the Greens in that state for the first time since 2002. In the 2014 and 2018 gubernatorial campaigns he helped sustain their ballot status in the roles of Downstate Coordinator and Campaign Manager, respectively.

In 2016, Michael was hired as the Assistant to the Campaign Manager of the Jill Stein/Ajamu Baraka campaign, co-managing the campaign's Brooklyn, NY office and producing events and livestreams.  Michael has served as Co-Chair of the Green Party of New York and has previously worked for the National Coalition Against Censorship and the radical performance community Reverend Billy and the Church of Stop Shopping. He assisted the WGA-EAST with online communications during the 2007-08 Writers Guild of America Strike. He resides in Syracuse, NY.

Come join us as the country gears up for the 2020 race.  We'll be meeting in the Borg-Warner East Room of the Tompkins County Public Library, at 7:00 p.m. on January 21st.