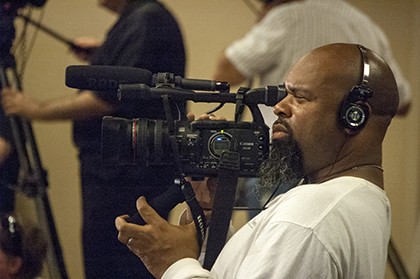 James Lane is not a career politician, he is an internet media professional, independent musician and has been a Green Party activist for over 16 years.

In 2013 he was the Green Party candidate for New York City Public Advocate and in 2015 he ran for Congress against the Republican candidate Dan Donovan who was the District Attorney that failed to indict anyone in the killing of Eric Garner.

James is a lifelong resident of New York City who was born in Flushing; raised in Harlem; matured in Hell’s Kitchen and currently is living in Park Slope. James is married and has a young child in New York City’s public school system.

At the age of 23 James lost both of his parents due to health issues related to cancer and diabetes. Then a few months later James found out that he was adopted by those parents at the age of 2, but due to current laws was not allowed access to any information regarding his family of origin.

From that moment, his fight for justice through political activism formally began, with the hope that laws such as denying a person’s right to know about their origins will be removed from our society forever.

Over the past 25 years, Mr. Lane has maintained leadership roles in union and corporate jobs, while also volunteering in his free time as an activist to help promote social justice issues.