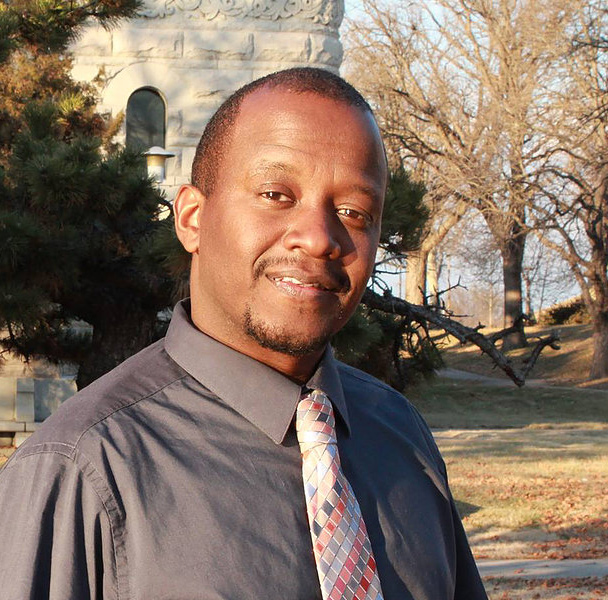 I grew up and have lived in St. Louis my entire life. I have dedicated my life to working with friends and neighbors to ensure this community thrives. I experienced a difficult childhood and adolescence; my family struggled to provide the basics, including housing. As I grew up, and learned more about my community and the issues that many people had in common with my family; I swore to dedicate myself to changing these conditions. Now, as a father, that dedication has grown along with my concerns for our city.

For the past seven years, I have been working in the community with organizations such as the North St. Louis Arts Council, Missourians Organizing for Reform and Empowerment (MORE), Jobs With Justice, Service Employees International Union (SEIU), Better Family Life, the Gateway Green Alliance, and others. In 2012, I began my own non-profit organization, with the purpose of working with at-risk youth in St. Louis and the surrounding area, toward self-sufficiency through art and skill-based education. I have worked on an initiative to raise the minimum wage, and in 2013 I supported a participatory budgeting project in the 6th Ward of St. Louis, and worked with members of the Coalition Against Police Crimes and Repression (CAPCR) to support the passage of the Civilian Oversight Board.

In 2014, I ran for St. Louis City's 6th Ward Alderman, and received 17% of the vote. Since then, I have designed and promoted a proposal to develop and restore the St. Louis North Riverfront, in hopes of creating higher paying jobs, and making our city more attractive to tourists. I also ran for U.S. Senate in the November 8, 2016 election, and received over 30,000 votes. I have worked with the St. Louis Green Party for the past 4 years, and currently I serve as the Green Party Committeeman for the 9th Ward, and as the Missouri Green Party, St. Louis City Representative.

My partner and I are currently raising our son and daughter in Tower Grove East. I am a dedicated father, and I really do understand the complex needs of St. Louis families and residents.

If elected, my first priority is community inclusion in decision making processes that affect our diverse city. I will work each day to ensure that the needs of our entire city are understood, and are accommodated fairly and effectively.