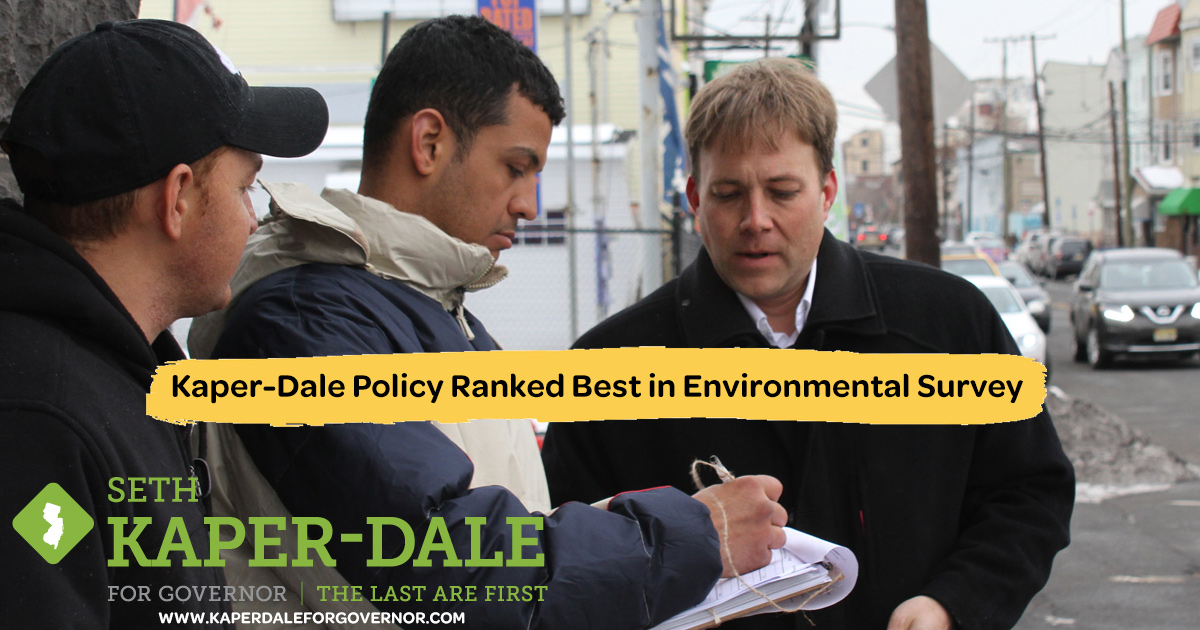 Kaper-Dale responded to the analysis in saying:

"It is not being on the Green Party ticket that defines my position on the environment rather our 'Last are First' principles. The environment has been put last for too long; so much so that some call NJ the garbage state. We need to restore the title of 'Garden State.' We thank Food and Water Action Fund for its work as a pioneer regarding the environment in NJ, and for giving the people some insight on where we candidates stand on the issues."

The link to the assessment in addition to the graphic can be found below, and lists the issue each candidate addressed and uses a color system to shows their support/lack thereof.

Kaper-Dale for Governor's Campaign Manager, Geoff Herzog, had the following to say:

"It's disgusting the Goldman Sachs candidate is claiming to be progressive, but couldn't take the time to respond to this important survey from a leading progressive organization in New Jersey. We know Seth's the best candidate, maybe now the media will begin to better inform the voters about our campaign, so that they can make the best choice come November."

Kaper-Dale is a pastor at the Reformed Church of Highland Park, and first gained national recognition in 2012, following his church became a sanctuary for Indonesian immigrants who were threatened with deportation.

The New Jersey gubernatorial election will take place on November 7, 2017. 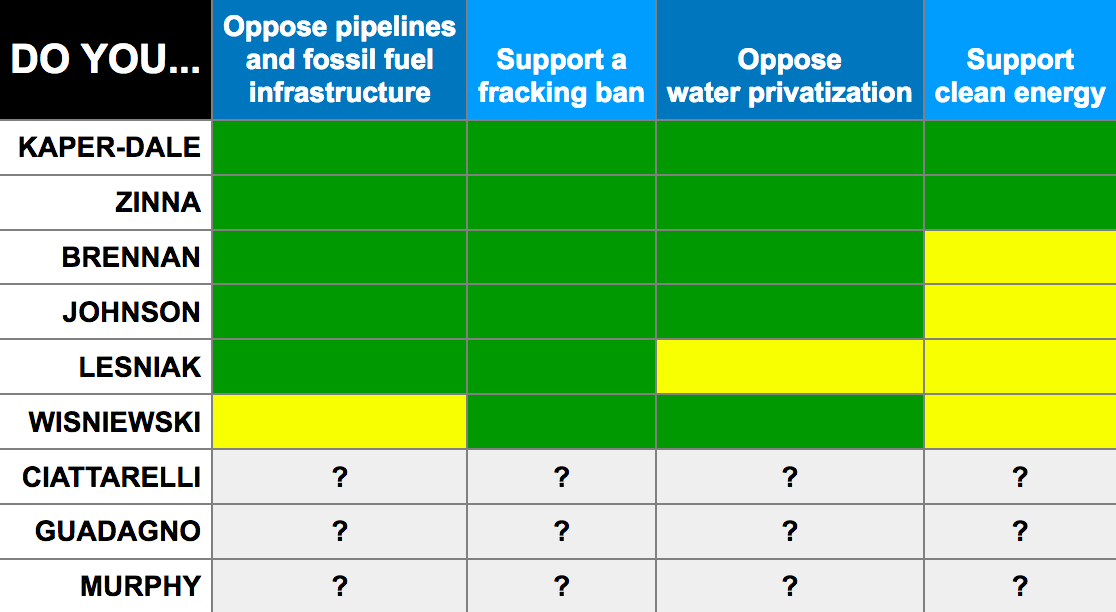