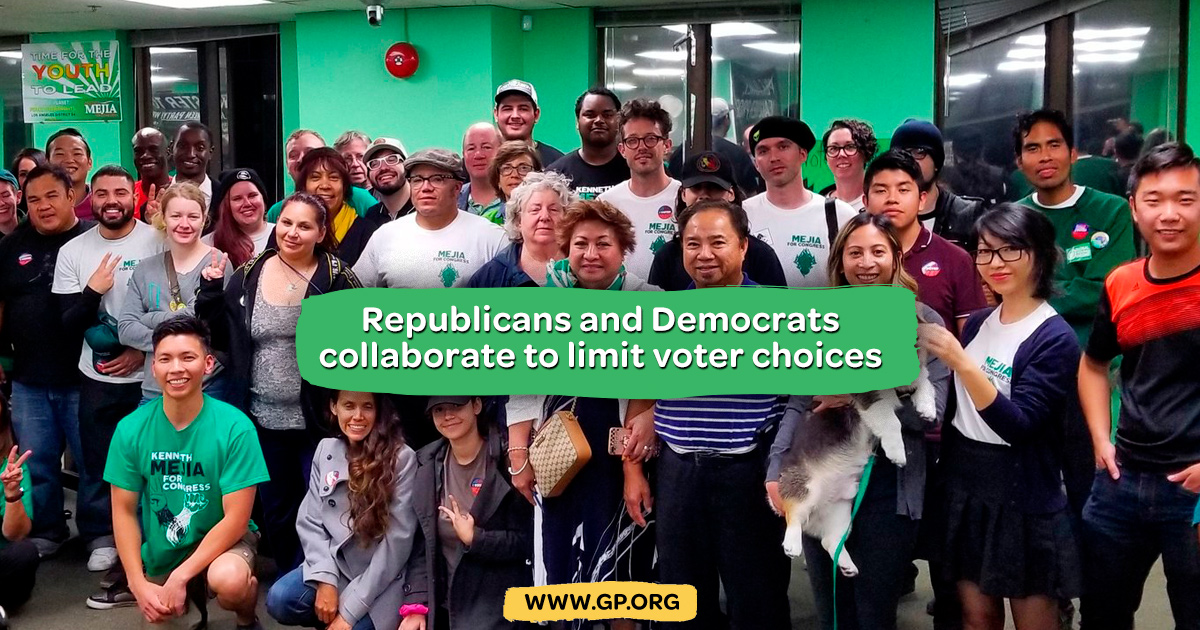 The United States Green Party issued a press release Thursday announcing it is seeking “to get ballot lines for all 50 states and DC and the U.S. territories in 2020.” This would be an improvement over the 2016 US general election. The press release states that the party had ballot access in 47 states then, with access in three of those states just for write-in votes.

Why can’t people just vote for Green Party candidates across the country? The answer is that many state governments have imposed special burdens, including the requirement of gathering many signatures from registered voters and submitting those signatures to the state governments, in order for third parties and their candidates to be included as options in voting booths.

All this helps the Republican and Democratic parties, along with their candidates and officeholders, by limiting competition.

Supporters of Green Party and other third party candidates end up spending much time and money on petition drives. That time and money could otherwise be devoted to campaigning. And the financial costs can be very high. The US Green Party places the spending by the party’s 2016 presidential campaign alone on achieving ballot access at over $800,000.

Sometimes, third parties or their potential candidates fail to qualify for the ballot or do not even try to obtain ballot access because of the great burden state governments impose. That eliminates competition altogether.