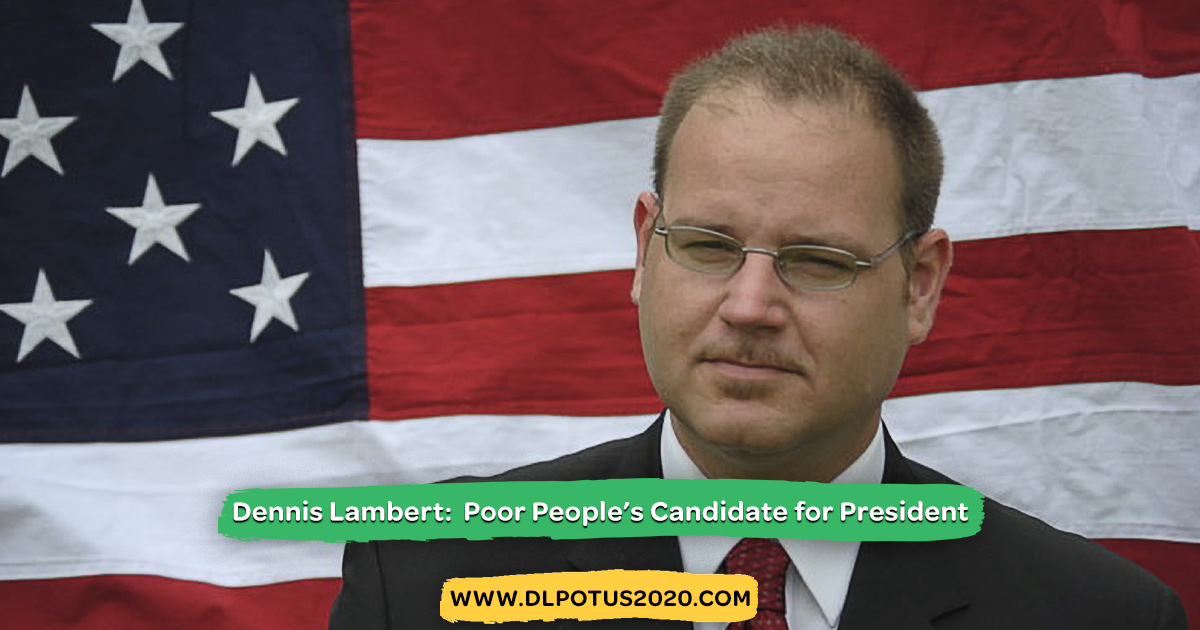 It is a burden for Dennis Lambert to announce he is running for President of the United States. With the current failing political climate, and the failing environmental climate, it is not something that Dennis takes lightly nor easily.

There are over 20 Democrats vying for the nomination for president, and the Republican Party has no courage to run another candidate against Donald Trump.

The likelihood of an independent candidate to win the presidency is very slim; Dennis Lambert realizes this as an independent candidate. He also realizes that the mainstream media has no interest in covering third party candidates; however the need for the issues Dennis Lambert supports are the only issues that are focused on bringing prosperity to the people of the United States.

Dennis Lambert’s platform is the following: Renewable Infrastructure Investment, Universal Healthcare/Improved Medicare for All, End All Wars, and a $25 Minimum Wage for Full-Time Workers.

Dennis Lambert is joining a field of a number of Green Party Candidates that include: Sedinam Kinamo Christin Moyowasifa-Curry of California, Ian Schlackman of Baltimore, MD, Dario Hunter, also of Ohio, Alan Augustson of Illinois, and Howie Hawkins of New York has recently formed an exploratory committee.

More information about Dennis Lambert’s campaign as the Poor People’s Candidate for President and his policies for Making America Work for Americans are available on his website www.dlpotus2020.com.