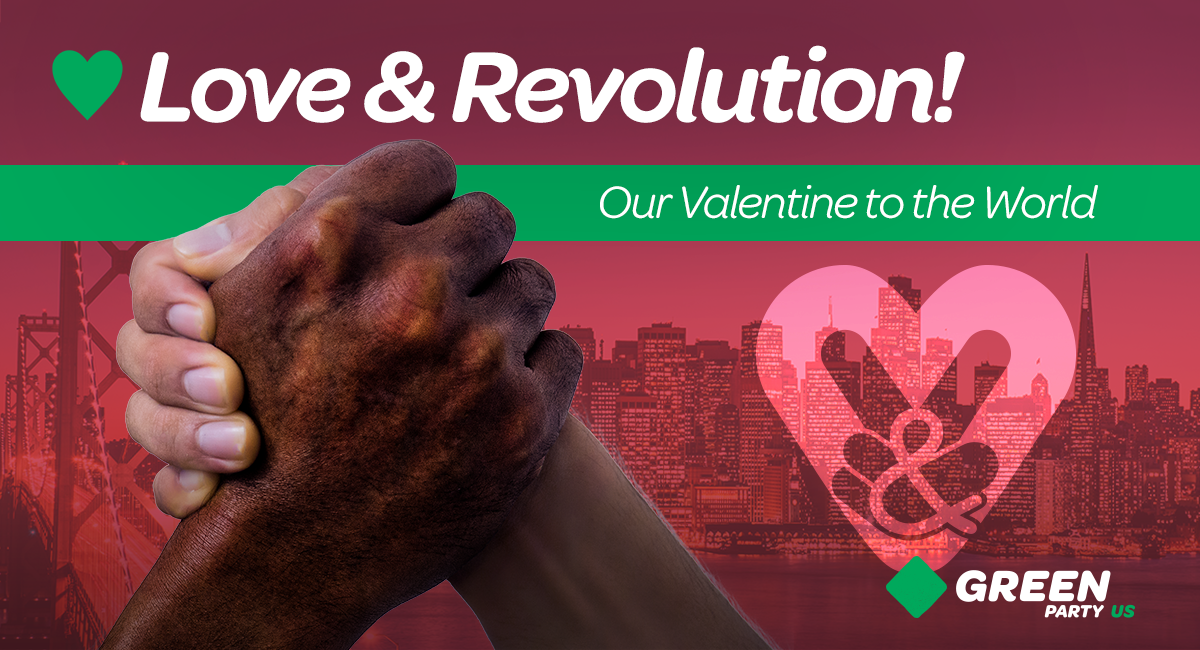 As Ernesto Che Guevara said, “At the risk of seeming ridiculous, let me say that the true revolutionary is guided by a great feeling of love. It is impossible to think of a genuine revolutionary lacking this quality.”

He is exactly right. And that is why Greens are revolutionary - so very different from establishment Democrats and Republicans

Just like Che, at the risk of seeming ridiculous, this Valentine’s Day revolutionary Greens all around the country guided by a great feeling of love, are seeing clearly. We clearly see our nation’s policies that are based on oppression, neo-fascism, and hate - and that’s why we’re spreading the word and speaking out.

Of course, no issue more strongly illustrates these oppressive and hateful policies than the stance this new neo-fascist Trump administration has taken against immigrants and more specifically …

Greens are right in the middle of this issue because at the very heart of the Green platform is a love for people, planet, and peace. We support sanctuary cities and as Greens we act on behalf of our oppressed family - we defend them at any cost, anytime, anywhere. 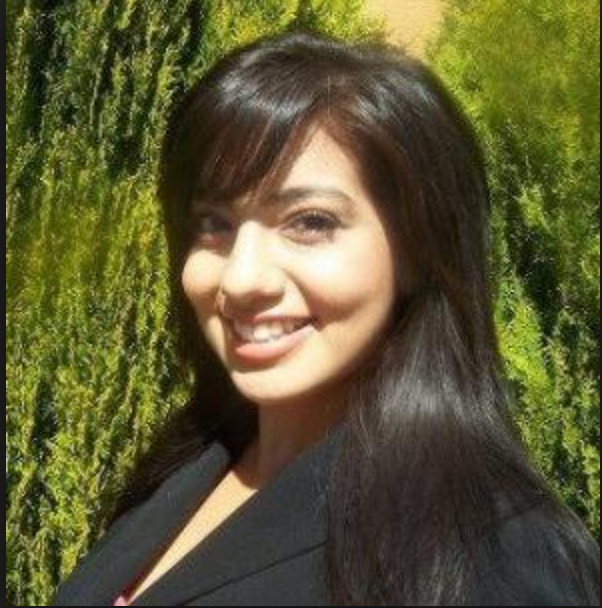 Karyna is the co-chair of the Green Party of the Pikes Peak region, and she’s been on the front lines for years now. She has been a champion for the rights of indigenous peoples, protesting and standing against DAPL from the start.

Karyna and Greens like her seek to uphold the spirit of sanctuary cities and reaffirm immigrant and human rights in the face of repressive immigration proposals that threaten to separate families and destabilize our diverse communities.

Will you donate $25 today to help the Green Party in our efforts to get the word out about core Green values like supporting Sanctuary Cities?

The concept of sanctuary cities is rooted in the Sanctuary Movement of the 1980’s where churches spearheaded efforts to provide refuge to Central Americans fleeing civil wars in their home countries.

And as the Green Party we continue to support those efforts. Karyna’s resolution is a brilliant, well thought out treatise on why sanctuary cities should be supported and encouraged. We stand behind her 100% and we're trying desperately to get the word out before these policies are implemented - oppressive, neo-fascist, and hateful policies from the current administration, that will destroy lives.

But we can’t do it without you.

Your donations matter - they make a difference.

Will you donate $25 today to help the Green Party in our efforts to get the word out about supporting core Green values?

This means - our message is sinking in and people need leadership to organize for change. We must continue to get the word out, because...

At least 14 cities have spoken out defiantly in the wake of President Trump’s plans to end federal funding for Sanctuary Cities. There’s even a movement underway to make California a sanctuary state. These places all plan to continue to offer sanctuary to immigrants regardless of Trump’s attempts to end the programs.

We the people, will not be ignored. People are hungry for the message of the Green Party and we are solidly taking that message to the voters.

We depend on your help.

Will you donate at least $25 today so we can continue to get our message out?

Over 60% of Americans want a strong third party, an alternative to the establishment parties, and we're seeing the growth in every area. We literally have people begging to help, but not enough staff to organize them!

Your donations have been responsibly spent in helping to reach and train Green Party candidates across the country — over 200 in the past election cycle alone.

Will you help the Green Party by donating generously, at least $25, and helping us move further toward our goals?

Yes, at the risk of seeming ridiculous, we are guided by a feeling of great love and we will always and forever stand against oppression, neo-fascism, and hate. Because at the very heart of the Green platform is a love for people, planet, and peace. We will continue to support sanctuary cities and speak out for immigrants.

Will you help us today?

P.S. Another activist of great love, former 2012 Vice Presidential nominee Cheri Honkala, is running for state representative in Pennsylvania in a special election set for March 21. She’s emblematic of the people on the front line of Green electoral strategy. She’s also someone who has both benefited from and contributed to campaign schools and the full spectrum of Green election support. Please give generously today so we can continue to identify and run Green candidates at all levels of government. Your support is critical!