March Newsletter from the Green Party of Brooklyn 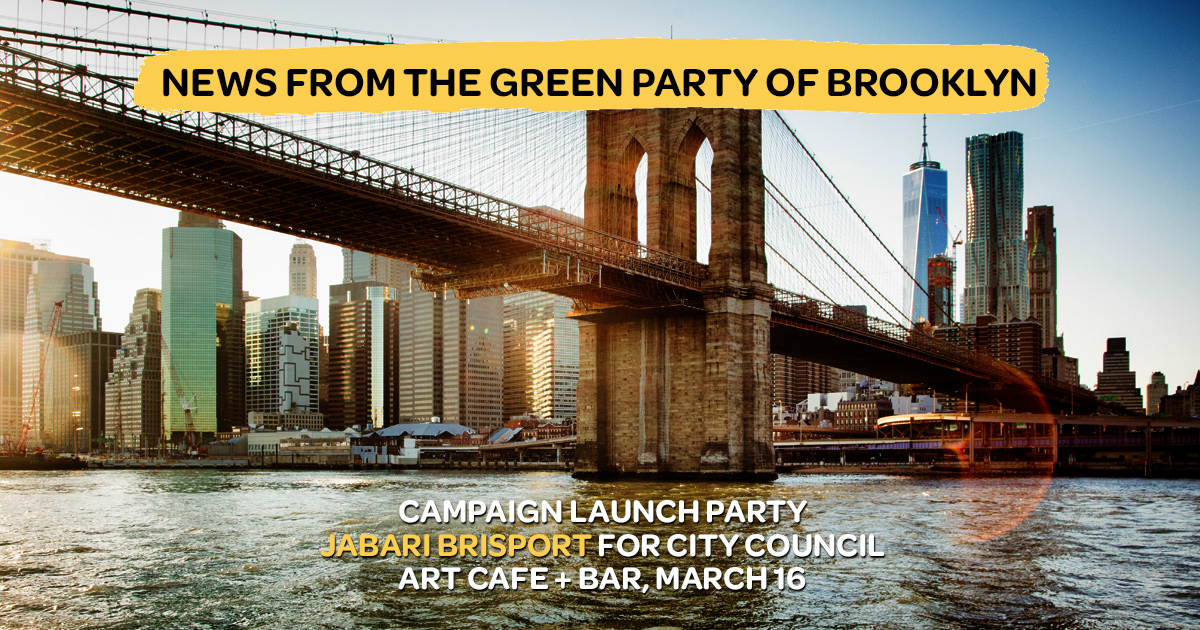 It's looking like we will have an exciting slate of local candidates this year in Brooklyn! This Thursday there will be chances to meet a couple of them – stay tuned for more to come.

Come out for food, drink, and REVOLUTION as the Jabari for Council campaign officially launches!

Join artist, educator, and activist Jabari Brisport; a 3rd generation brooklynite, as he officially launches his grassroots campaign for the 35th Council District of NYC. His campaign will focus on a platform of social justice, police reform, affordable housing, food security and taking economic justice head on.

Activist and documentary filmmaker James Lane has created a video collage of his work documenting Black Lives Matter protests, highlighting truly human moments and inscrutable conflicts. After showing his work, he will elicit responses and encourage others to offer their own perspectives of the development of this movement in New York City. Questions posed will include what have we learned? What can we do differently?

Join Greens and Green-curious. We'll be talking about our biannual update to the Green Party of New York State platform!

Other agenda items include spring events and actions and how to support campaigns including our City Council and other candidates, and our drive for electoral reform! You'll also have a chance to meet Jabari Brisport, a dynamite candidate for City Council, District 35!

All are welcome to participate, or to just come and listen.

Save the date for these upcoming events!