Reflecting on the March of Return

The March of Return is a scream for life so that we may leave the walls of our prison. These are the words repeated by Ahmed Abu Artema in his many lectures and interviews. Abu Artema is the brain behind the most powerful expression of unarmed Palestinian resistance, The March of Return, which began on March 30, 2018, and has become a weekly occurrence in the Gaza Strip for close to a year.

"Why would we die here in silence? We want our message to reach the world. We want to say to the world ‘here there is a people. A people searching for a life of dignity, human rights and freedom.'"

I met Abu Artema as he was wrapping up a U.S. speaking tour, right before he spoke in Washington, D.C. at the Plymouth Congregational Church. “I think we can live together,” Abu Artema said during his talk; “we have the seeds to live together but without occupation, without apartheid, with equality, with human rights, in one democratic state.” This, he says, even though the last year has shown that among Israelis, the very people who live on the other side of the fence in which 2.2 million people of Gaza are caged, there is little appetite for talk of peace, justice or living together.

Abu Artema testified before the UN Human Rights Council, or UNHRC, in Amman, Jordan; then he came to the U.S. to speak. The UNHRC concluded its recently published report and stated:

"The Commission has reasonable grounds to believe that during the Great March of Return, Israeli soldiers committed violations of international human rights and humanitarian law. Some of those violations may constitute war crimes or crimes against humanity, and must be immediately investigated by Israel.”

In his book East West Street, Philippe Sands follows the lives and work of Hersch Lauterpacht and Raphael Lemkin, two notable law professors who played instrumental roles in the war crimes tribunals at Nuremberg after World War Two. Lauterpacht (1897-1960), born to a Polish Jewish family, was one of the leading international lawyers of the 20th century and became a judge of the International Court of Justice in 1954. Lemkin (1901-1959), a Polish-Jewish refugee, was the man behind the first UN human rights treaty, the Convention on the Prevention and Punishment of the Crime of Genocide.

On page 166, in one of many chilling passages in the book, Sands describes the steps taken by Hans Frank, the Nazi governor of Poland, who decreed that the territory under his control would be “free from agitators, shady dealers and Jewish exploiters.”

Lemkin identified decrees from 1941 and although he says “individually each decree looked innocuous,” taken together “a broader purpose emerged.” The first step he describes is the “act of denationalization, making individuals stateless,” thus denying them the protection of the law. Gradually the Jews were forced to register, then move into designated areas, ghettos, and the death penalty was imposed on those who attempted to leave the ghetto.

“Seizure of property rendered the group destitute and dependent on rationing.” Lemkin then describes further decrees, “limiting the rationing of carbohydrates and proteins, reducing members of the group to ‘living corpses.’”

Israel, since its earliest years, had rendered Palestinians stateless. Since 1948 Palestinians exist as either “The Arabs of Israel,” or as refugees in foreign countries or in designated areas within Palestine, like the Gaza Strip, with no state and no law to protect their rights. For over seven decades Israel has been seizing Palestinian lands and turning Palestinians into a people living in poverty, dependent on rationing and the mercy of relief organizations. All Palestinians within Palestine must carry an ID and must have a valid permit to be wherever they happen to be.

One of the most troubling statements made by an Israeli official regarding the fate of the people living in the Gaza Strip — and there are many — was made by Dov Weisglass, assistant to former Israeli Prime Minister Ehud Olmert. He said that the purpose of the siege on Gaza is: “to put the Palestinians on a diet, but not to make them die of hunger.” This statement, rather than being condemned, became a common joke in Israel: “We are putting them on a diet, it’s good for them, haha!”

According to a report published in 2012, Israeli health officials provided calculations of the minimum number of calories needed by Gaza’s inhabitants to avoid malnutrition. “Those figures were then translated into truckloads of food Israel was supposed to allow in each day.” The report further states:

While the health ministry determined that Gazans needed daily an average of 2,279 calories each to avoid malnutrition — requiring 170 trucks a day — military officials then found a host of pretexts to whittle down so only 67 trucks — much less than half of the minimum requirement — entered Gaza daily. This compared to more than 400 trucks before the blockade began.”

Today, according to a UN report, the situation in Gaza is defined as food insecure as a result of the Israeli imposed blockade.

Now perhaps more than ever — as Israeli politicians rush to the right and vow less tolerance and more segregation and violence toward Palestinians, their campaigns full of promises to enact more exclusive laws and policies that give preference to Jews at the expense of Palestinians — the words of the visionary Ahmed Abu Artema are a refreshing change. He speaks of the right to return of the Palestinian refugees — who are the victims of the longest mass displacement since World War Two — as a practical, realistic demand and the key to allowing Palestinians and Israelis to live in peace.

One has to wonder how it is that the people who possess the power, the resources and the weapons possess no tolerance, whereas the ones being killed express tolerance and a willingness to live in peace. 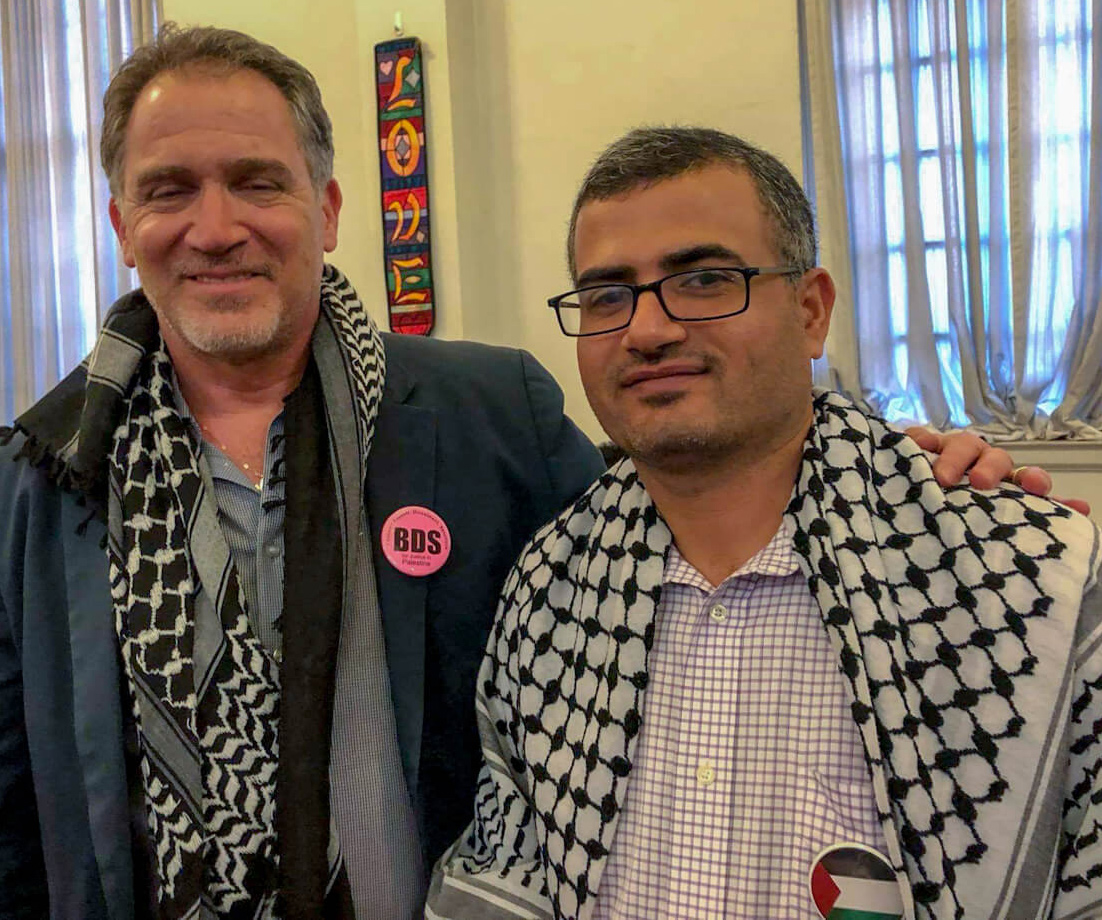 by Miko Peled, March 22, 2019
This story was originally published by Mint Press News.

Peled is a human rights activist, writer and speaker born in Jerusalem. He is the author of "The General's Son, Journey of an Israeli in Palestine," and "Injustice, The Story of the Holy Land Foundation Five."

He currently lives in Washington, DC and is a member of the DC Statehood Green Party.