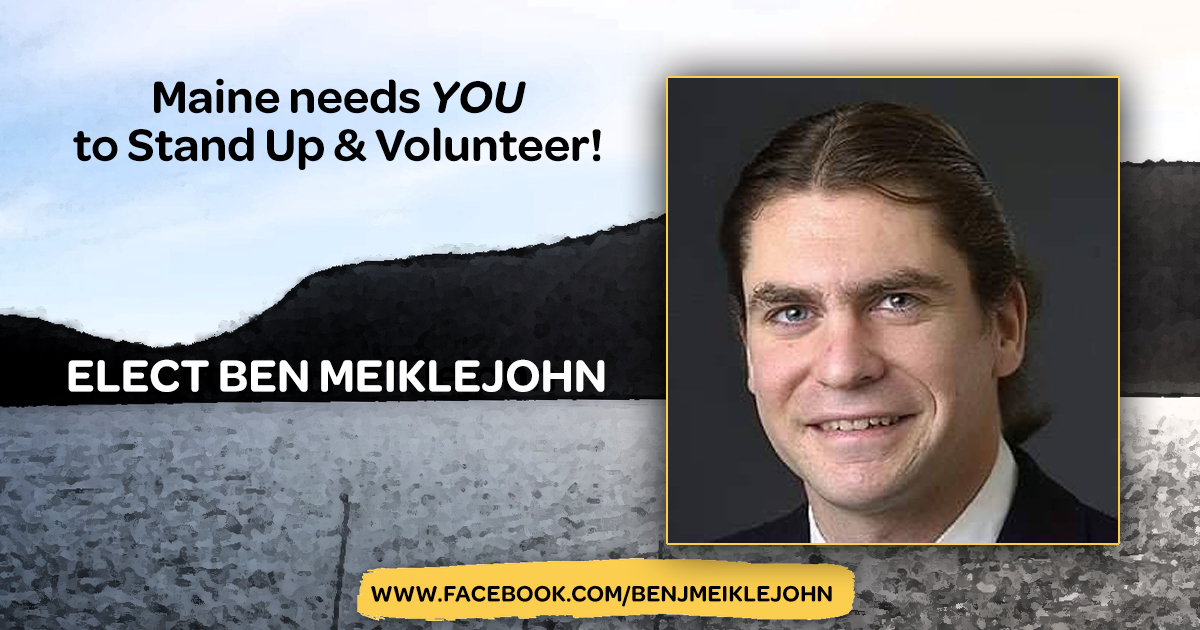 \It's not too late to contribute to the groundbreaking campaign that can help elect a Green Independent to the Maine Legislature and reopen the House Green Independent Minority Office to keep the Democrats and Republicans in check.

The voters in my district have responded with an unexpected level of support. I have mailed 4,000 voters, placed 200 signs around the district and have started running radio spots on four stations.

However, the radio spots are only running minimally. Preferably, I would like to double my airwave presence to more effectively convince voters that I am a credible candidate.

With radio, it's all about repetition and frequency. Without a large number of spots, the impact they can make is limited.

However, a check may not be received until after the election, and would be used to cover any unpaid expenses.

Thank you for your support. If I am able to squeak out an upset, it will be a historic victory, with Maine once again elevating the Green Party to national significance.

It would not be nearly as close of a possibility as it is now, if not for the support of friends and family like you who know that I give this run all I got.

Thanks again for your encouragement!