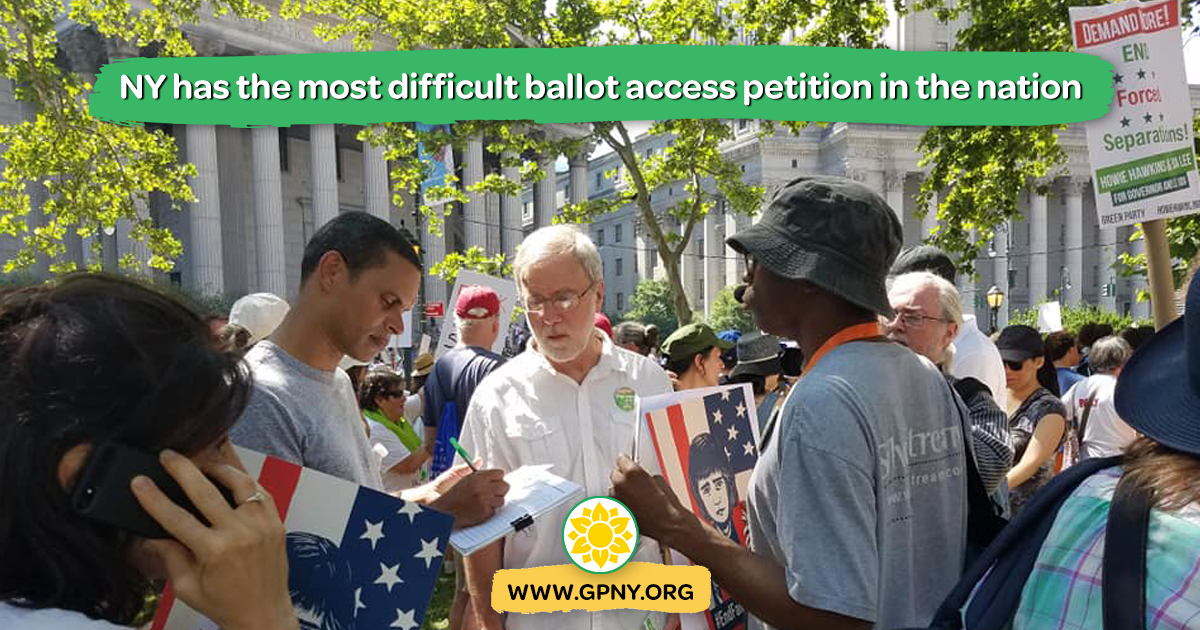 I had a nightmare on New Year's Eve. I dreamt I was watching the 2022 New York gubernatorial debate. The "Left" was represented by a corporate Democrat, Gov. Kathy Hochul, who was praising the status quo. Her only opponent on stage was a Trump sycophant, Republican Rep. Lee Zeldin, ranting about "law 'n' order" and "illegal aliens."

We can't let this nightmare become our reality in 2022. We need the Green alternative in this election to campaign for a full Green New Deal of climate and social protections, including the New York Health Act for a universal public healthcare system.

We need the Green alternative to campaign for an Inclusive Democracy of fair ballot access, ranked-choice voting, and proportional representation.

At the direction of disgraced Gov. Andrew Cuomo and under the cover of the COVID lockdown, the Democrats rammed through a Ballot Access Exclusion Law in 2019. It tripled the votes needed to stay on the ballot. The Green Party and every other party that didn't put Biden or Trump on their ballot line were wiped off New York's ballots after the 2020 election.

This exclusionary law tripled the signatures the Greens will need to get back on the ballot in 2022. New York now has the most difficult ballot access petition in the nation. The Green Party of New York will need 45,000 good signatures collected in 42 days between April 19 and May 31.

DONATE TO THE GREEN PARTY OF NEW YORK

VOLUNTEER FOR THE GREEN PARTY OF NEW YORK

Please donate to our ballot access fund and volunteer for this campaign.

Now is the time for all of us to get into the fight for an Inclusive Democracy and for the Green New Deal of economic, racial, social, and environmental justice.