On February 3rd, National Missing Persons Day focuses the attention of the country long enough to recognize the national tragedy of missing persons. 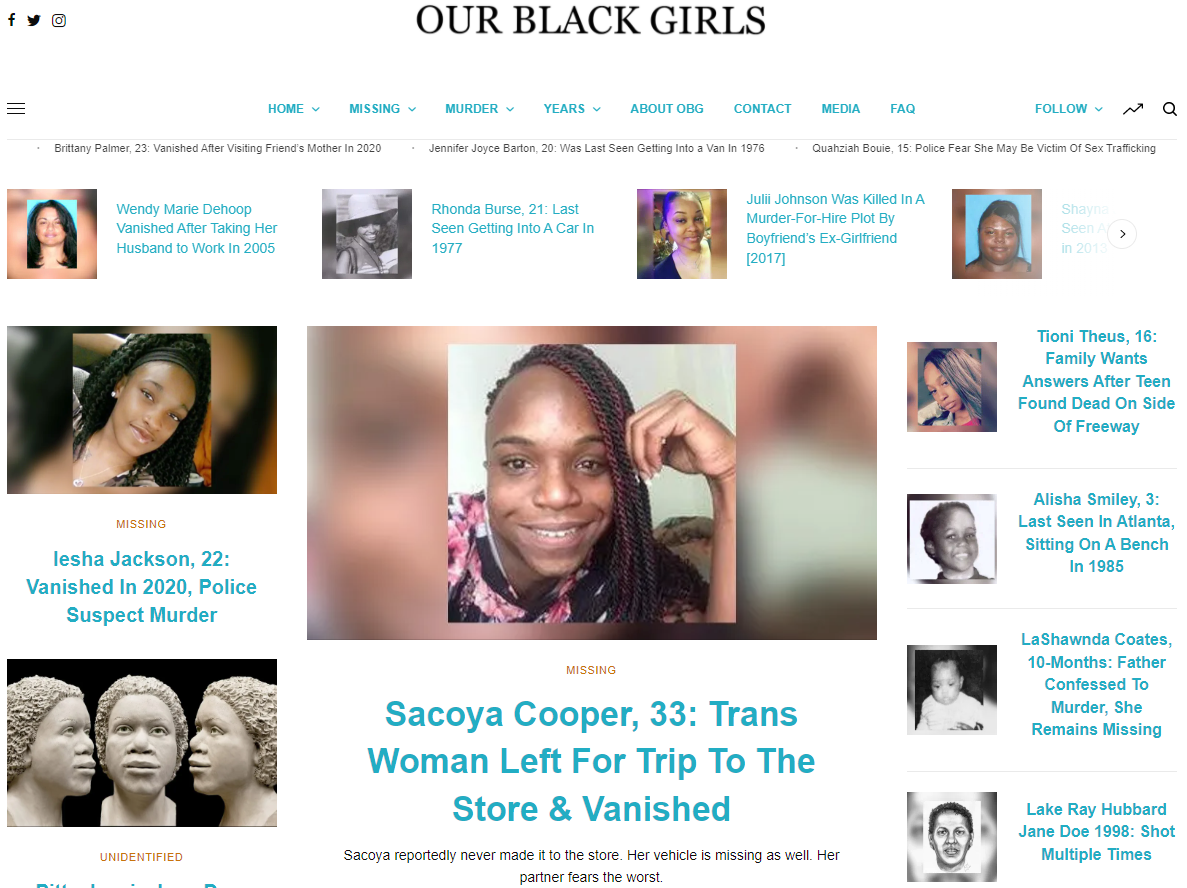 The National Green Party Black Caucus encourages its members and supporters to use February 3rd, National Missing Persons Day, to recognize the thousands of missing black persons. The National Women Caucus issued a statement last year for the many black women and girls who have been reported missing and said a National Task Force is required to address the issue. The statement includes the following policy recommendations:

According to a study published by the Northwestern University School of Law in 2016, "Many bloggers and commentators have argued that there are widespread and systematic race and gender disparities in the amount of media coverage dedicated to abduction or missing persons cases. They have termed the phenomenon “Missing White Woman Syndrome,” or alternatively “Missing White Girl Syndrome,” based on the belief that white women who have been reported missing tend to disproportionately receive the most amount of news coverage."

The National Green Party Black Caucus is deeply concerned about the ongoing crisis of missing, murdered and disappeared Black people in the United States. We are appalled by the phenomenon of "missing white woman syndrome," which results in disproportionate media coverage when a white person goes missing. We observe this day to highlight the issue of unequal treatment of missing persons by race.