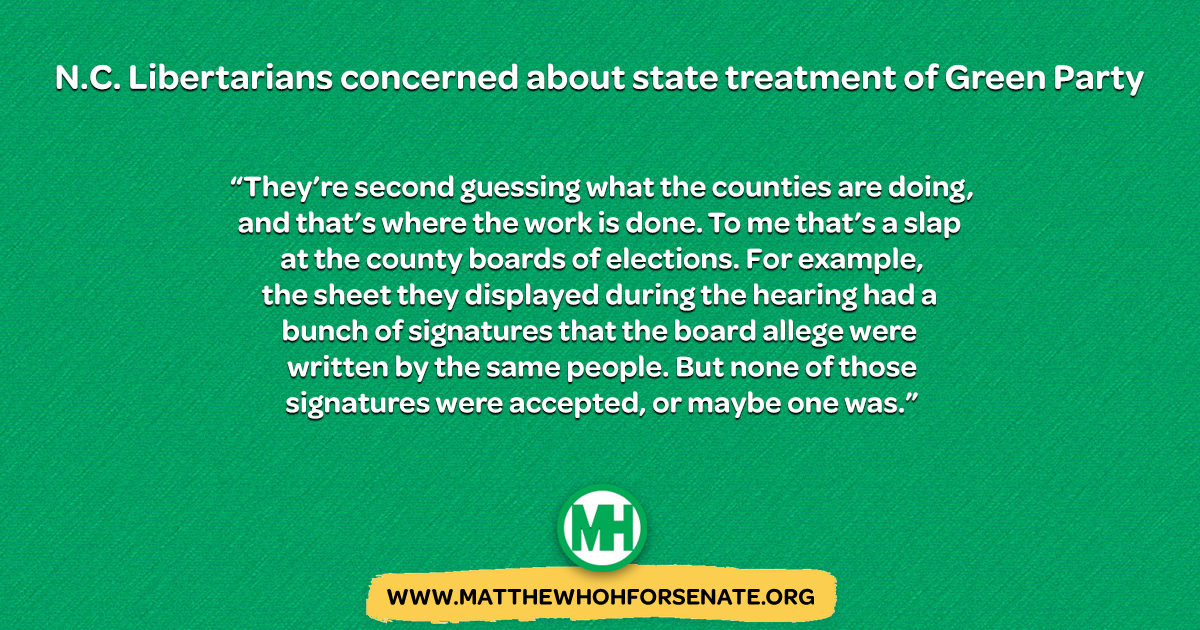 The Green Party’s recent problems gaining access to North Carolina’s election ballot raise concerns from another political group that has had to work to win a ballot spot.

Brian Irving, executive director of the North Carolina Libertarian Party, told Carolina Journal that the eight times his party turned in petitions for certification, they never saw the level of scrutiny by the State Board of Elections that the Green Party received in its recent failed certification effort. Irving, who has helped lead NCLP for three decades, said that typically, the state board would accept signatures verified by county elections boards as valid and wouldn’t refuse to certify based on unproven questions about those signatures.

Irving’s July 8 comments come after the Green Party had its certification rejected by the state board due to questions from the board’s three Democratic members, led by Chair Damon Circosta. A citizen complaint alleging fraud was lodged against the NCGP’s signatures by N.C. Democratic Party employee Michael Abucewicz, through the powerful national Democrat law firm the Elias Law Group. The NCGP had turned in 22,500 signatures to county election boards, far more than the 13,865 that they needed to gain ballot access. County boards verified about 16,000 of those signatures as valid.

The NCGP contends that questionable signatures among the unvalidated signatures should not throw into doubt the 15,953 signatures that county boards accepted. When NCGP attorney Oliver Hall attempted to push this point in a June 30 state elections board meeting, Circosta avoided the question and instead muted Hall’s microphone. 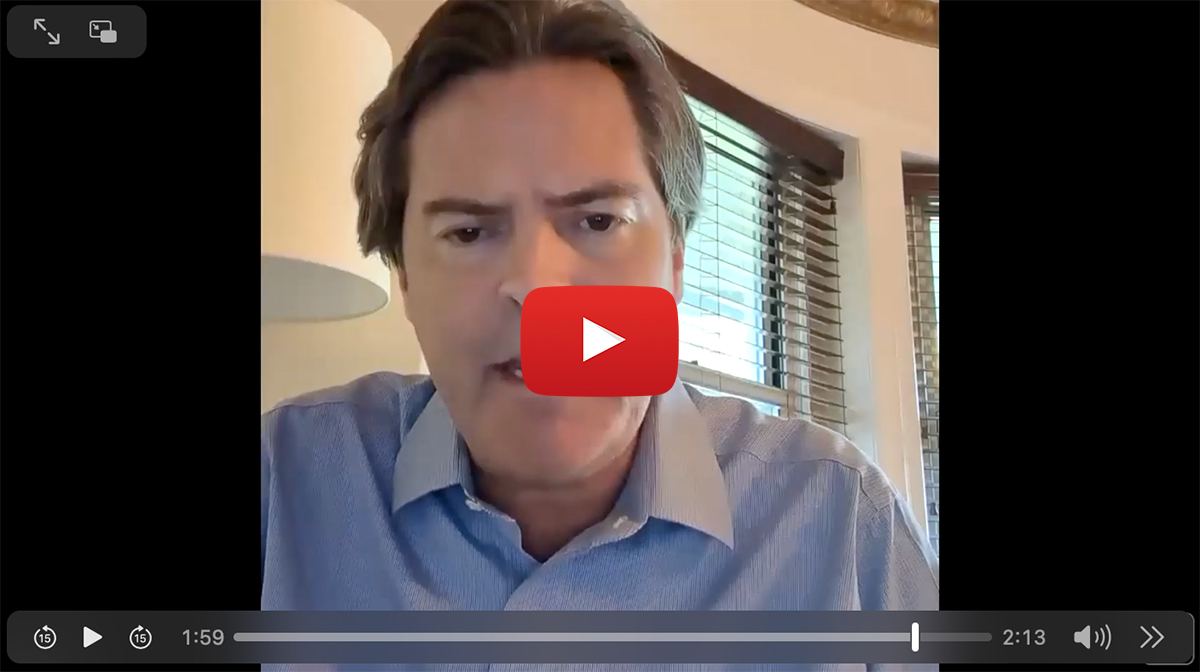 After a motion to certify the Green Party failed along party lines, with all Democrats voting against certification and all Republicans voting for it, Circosta seemed to change his mind on revisiting the issue during the next meeting. He instead said the Green Party would have to take up its efforts for ballot access with “another body.” 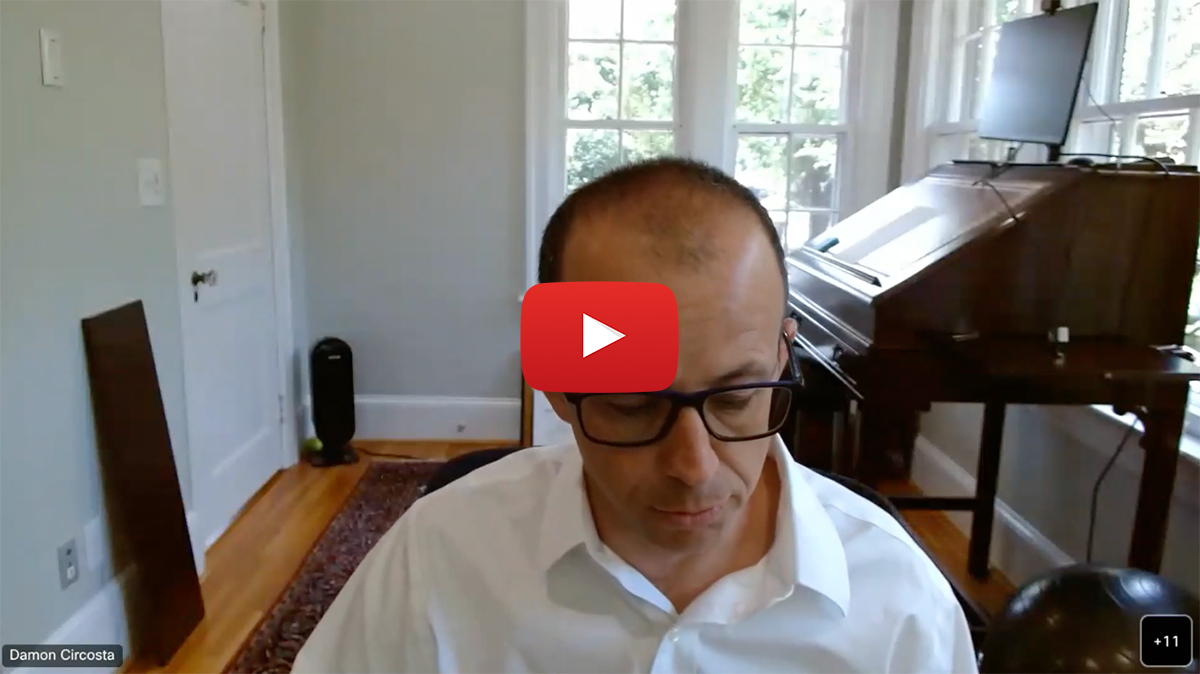 Irving said that the Libertarian Party did not have this kind of contentious relationship with the N.C. Board of Elections in the “old days.”

“We did not have that scrutiny,” Irving said. “We had very good cooperation at the state level, in fact. We generally had pretty good rapport with the state board, and especially with the county boards. We never really had problems.”

Irving said they would have signatures that weren’t validated, like the Green Party did, but that those didn’t throw the validated signatures into question.

“When we turned them into the state board, we’d haul in the boxes and drop them on the desk,” he said. “And in a couple weeks we’d find out we’d made the quota. And this was back in the day when we needed many more signatures, in excess of 100,000 signatures.”

Another difference he saw was that the county boards of elections would be the ones verifying the signatures, and that verification process was trusted by the state board.

“In our experience, when we handed them in to the counties, I really don’t think anybody at the state level actually checked the signatures,” Irving said.

“They’re second guessing what the counties are doing, and that’s where the work is done,” he said of the extra scrutiny the Green Party is now receiving. “To me that’s a slap at the county boards of elections. For example, the sheet they displayed during the hearing had a bunch of signatures that the board allege were written by the same people. But none of those signatures were accepted, or maybe one was.”

The Libertarians did not have to petition to get on the ballot in North Carolina this year. They qualified under a law that says if their gubernatorial or presidential candidate gets 2% of the vote in the state or if their party is on the ballot in 35 other states, they automatically qualify. The NCLP has remained on North Carolina’s ballot the last few cycles because of this law, while the Green Party has had to fight to remain a recognized party.

Despite their wildly different political views, the Libertarian Party, the Green Party, and the Constitution Party each work together to get the other parties on the ballot.

“They obviously have enough money to go out and arbitrarily knock on doors,” Irving said. “But he just basically told them to go away.”

Some of the Democrat calls and visits to the petition signers allegedly came from those claiming to be working with, not against, the Green Party. One of those calls, recorded by NCGP Chair Tony Ndege, can be heard below. 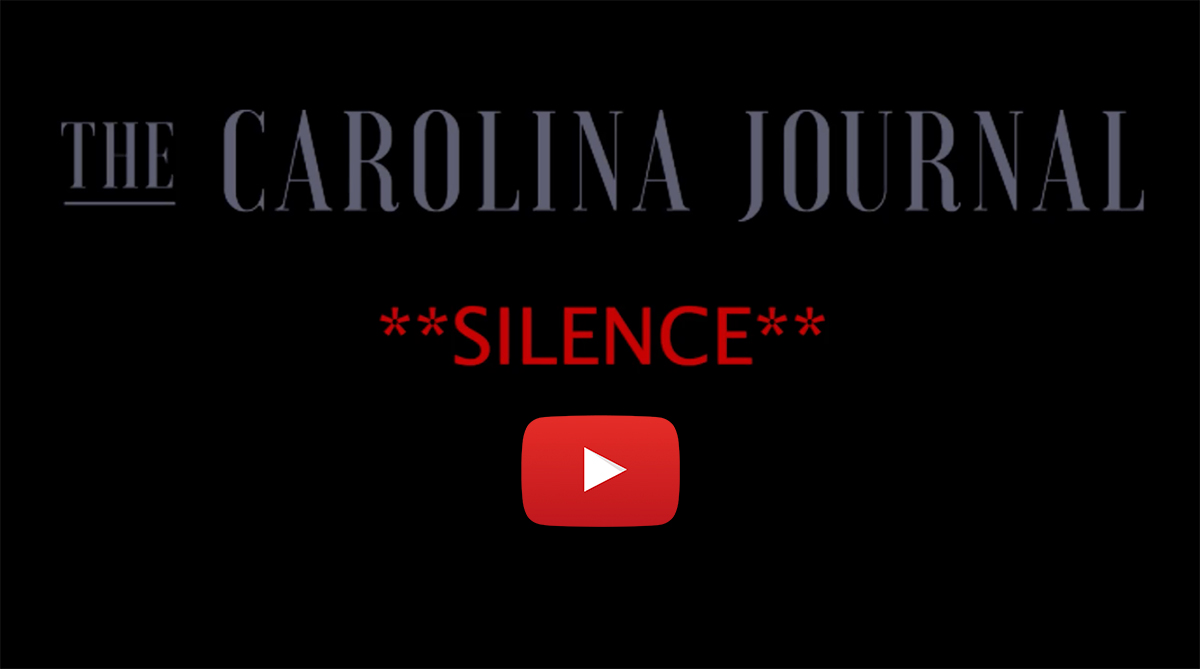 The effort by Democrats to remove the Greens and the subsequent vote not to certify them worries Libertarians.

“We feel like we’re going to stay on the ballot,” Irving said. “But the way the Board of Elections is operating now, we’re somewhat concerned. What’s going on bothers us. It concerns us; let’s put it that way. … The establishments have decided that a third party is a threat to them, and that’s very disturbing.”