North Carolina Green Party response to COVID-19 and Its effects 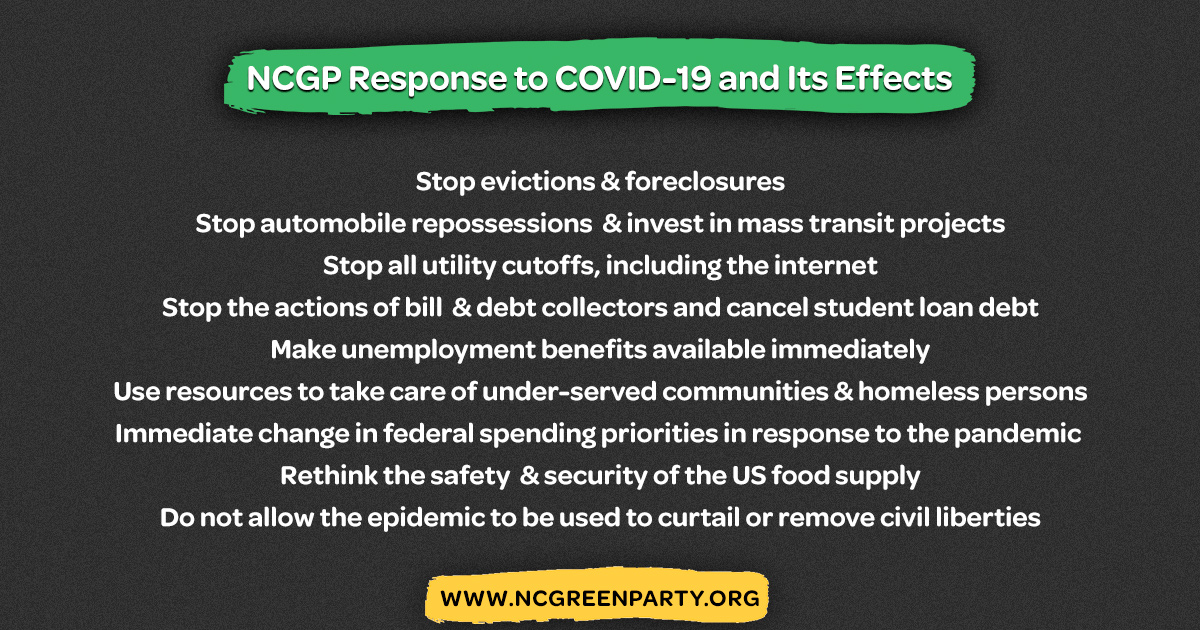 PITTSBORO, NC – The outbreak of the specific coronavirus strain now working its way through the US has exposed many weaknesses in the US healthcare system, and in the way the US treats its working class and poor. As the Democratic and Republican parties argue over helping the 1% versus the rest of the country, the North Carolina Green Party recommends that both federal and state governments undertake the following actions to ensure that working class families and the poor, including the homeless, have a chance to emerge unscathed, both physically and financially, from the impact of COVID-19.