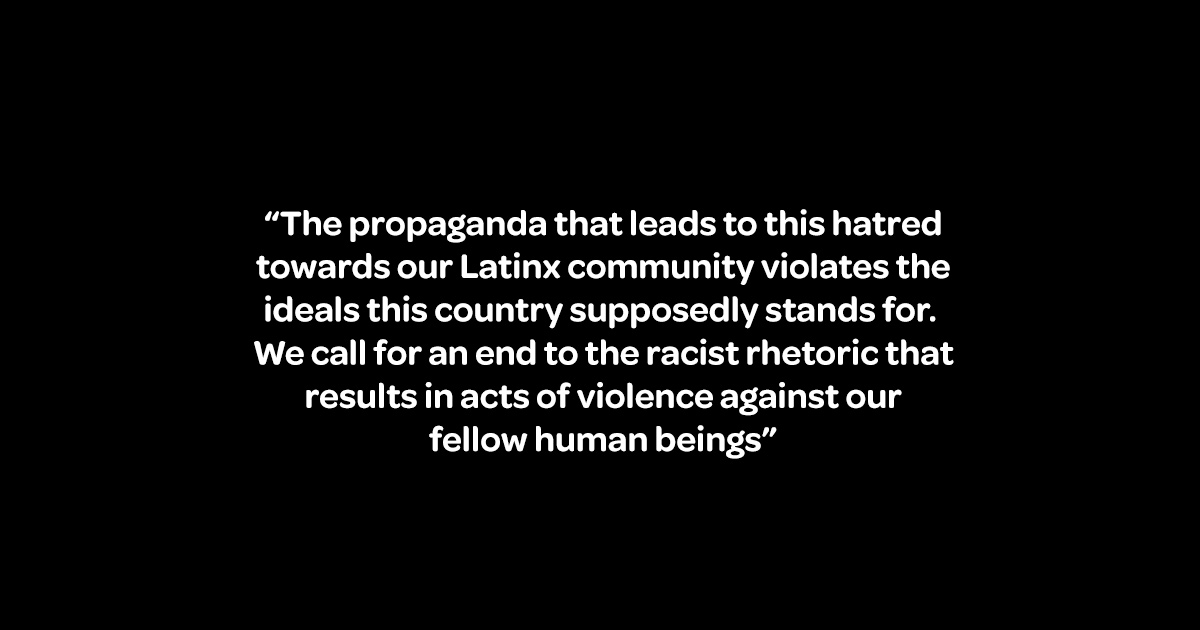 Green Party leaders are calling for Congress to take swift and decisive action following an horrific mass shooting on August 3 at the Cielo Vista Mall Walmart location in El Paso, Texas, that has left at least 20 dead and dozens injured; and an early morning shooting on August 4 in a Dayton, Ohio, entertainment district that left 9 people dead and 16 wounded.. This weekend’s violence follows on the heels of a shooting in Gilroy, California, which left 3 people dead and 13 wounded. There have been 32 mass shootings in the United States this year.

GPUS co-chair Kristin Combs called the incident “shocking to all Greens,” saying, “We express our heartfelt condolences to the victims and their families. These horrific attacks show that our communities are too vulnerable to this type of senseless violence. We must take action that will end these brutal mass killings.”

According to media sources, the El Paso shooter used an AK-47, a military weapon, to commit the heinous bloodbath. The shooter is purported to have written a manifesto related to the shooting, calling the act a response to “The Hispanic invasion of Texas.”

“The propaganda that leads to this hatred towards our Latinx community violates the ideals this country supposedly stands for,” said GPUS co-chair Justin Beth. “We call for an end to the racist rhetoric that results in acts of violence against our fellow human beings.”

“Gun violence has become a national emergency in the United States,” said GPUS co-chair Trahern Crews. “The Green Party is outraged that the US Congress has failed to act on the issue of gun violence that targets average citizens in our schools, entertainment venues and shopping centers. Our members across the country are demanding that Congress enact sensible gun control legislation that will help safeguard people from mindless mass killings. We can’t allow our communities to continue to be ravaged by these random, devastating violent acts.”

The Green Party calls for a ban on sales of assault weapons. The Green Party platform calls for “Thoughtful, carefully considered gun control such as is contained in the Brady Bill (1993).” It further calls for eliminating the gun show loophole that permits sale of weapons without background checks. Additionally, the party’s platform seeks an extension of background checks to all private sales of firearms.

Mass Shootings in 2019: A Week of Bloodshed Underscores the Scale of Violence
Vigdor, Neil. The New YOrk Times, Aug. 4, 2019

The House passed 2 gun control bills, but Democrats aren’t in a rush to do more
McPherson, Lindsey. Roll Call, Mar. 1, 2019