Our Revolution voted to endorse the Green Party ticket of Seth Kaper-Dale and Lisa Durden for Governor of New Jersey. 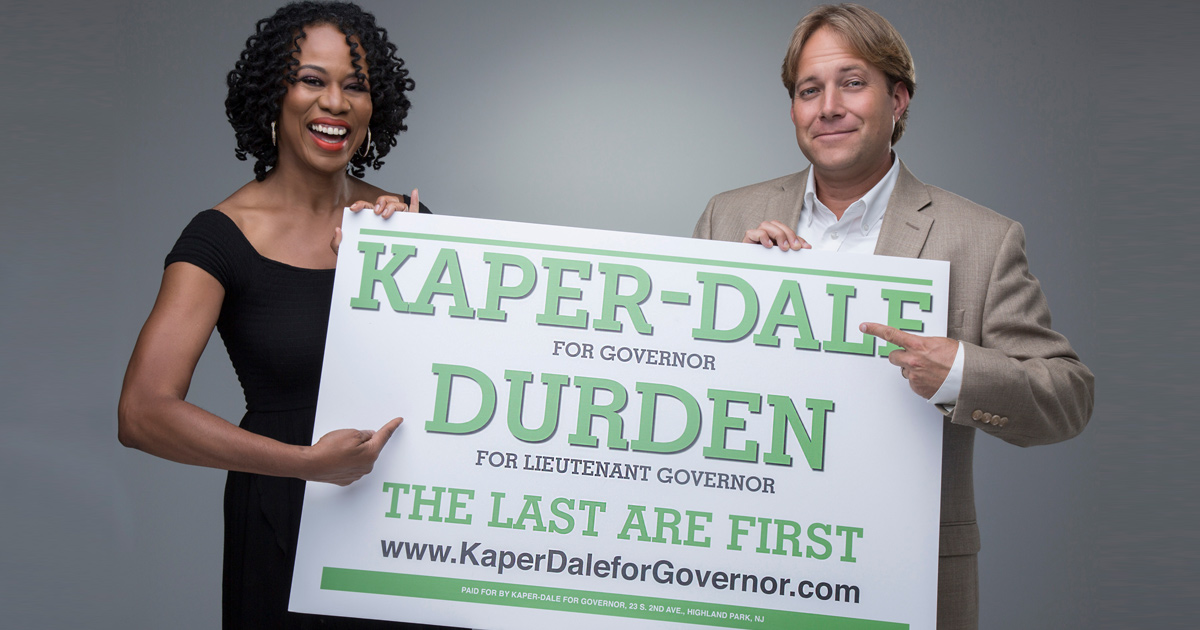 On October 4, 2017, the Union County Chapter of Our Revolution voted to endorse the Green Party ticket of Seth Kaper-Dale and Lisa Durden for Governor of New Jersey. This is the second Our Revolution group in the Garden State to endorse candidates in the upcoming election, both of which endorsed Kaper-Dale/Durden.

"I'm happy to have the endorsement of people that worked tirelessly on the Bernie Sanders campaign who have recognized that I am the only gubernatorial candidate who shares their priorities such as medicare for all, affordable housing and making the super-rich pay their fair share," Kaper-Dale said.

According to the Kaper-Dale for Governor website Kaper-Dale is the only candidate who would use the legalization of marijuana as an engine for development in poor communities rather than exclusively for big business profits.

Kaper-Dale for Governor Campaign Manager, Geoff Herzog said, "Seth has been called the Bernie of New Jersey by a lot of people so its no surprise Bernie Sanders supporters would come on board our campaign."

He continued, "In the coming days we are sure more endorsements are on the way from organizations working for social justice."

Onel Manuel Martinez, Independent, for State Assembly in LD 22 also received the endorsement of the Union County -- Our Revolution.

Our Revolution is an American progressive political action organization spun out of Senator Bernie Sanders' 2016 presidential campaign. The organization's mission is to educate voters about issues, get people involved in the political process, and work to organize and elect progressive candidates.