Freedom Rider: U.S. Out of Haiti! 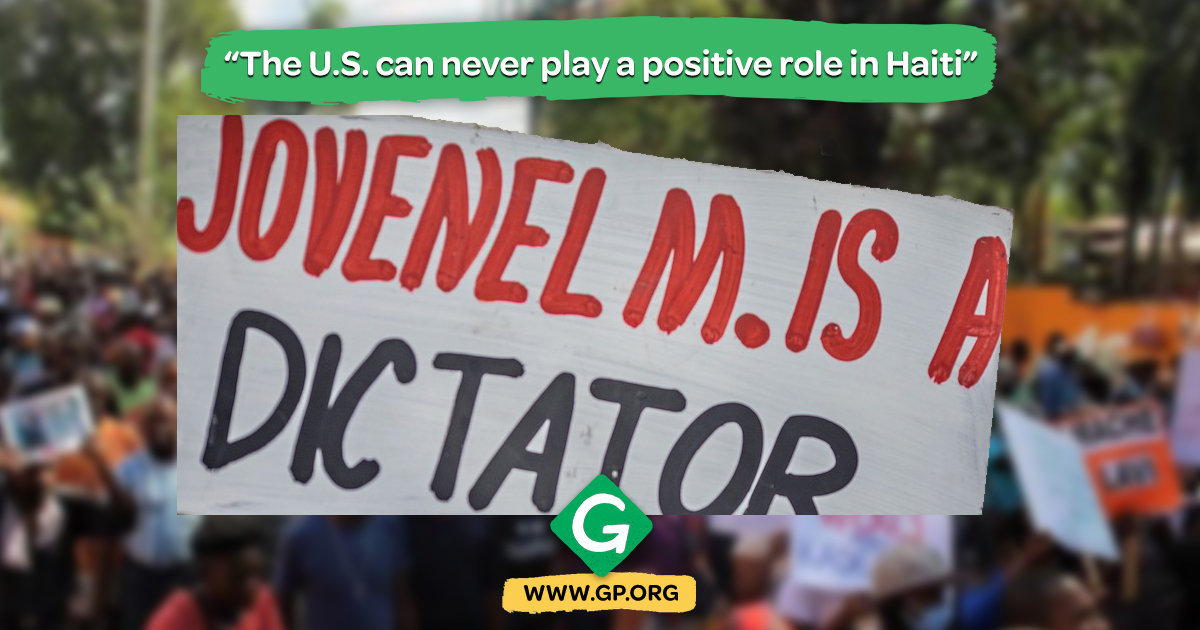 The United States playing any role in Haiti’s future is akin to the fox being left in charge of the henhouse.

The recent assassination of Haiti’s president Jovenel Moise has created a great deal of confusion, not only about the crime itself but about the role that the United States might play in that nation. Scant and contradictory information make it difficult to discern who benefits from his killing. Moise was the United States puppet president who refused to step down in February as Haiti’s constitution required, and despite massive protests across the country opposing the continuation of his administration.

Questions about the assassination are relevant but they are not particularly helpful in analyzing the situation. Details about the plot are important but so is understanding the history of Haiti’s relationship with the U.S. and other countries. That history makes a mockery of any claim that the U.S. could be helpful at this moment.

Haiti was met with animosity from the beginning. Black people successfully leading a revolt made its former enslavers very angry. In 1825 and again in 1838 the French sent warships threatening to conquer Haiti and re-enslave its population unless they were paid millions of francs. So great was the debt that it was not paid off until 1947 and is estimated to total $25 billion . The narrative that Haiti is the poorest country in the western hemisphere should always be followed by an explanation of how the French grand theft left a nation in financial ruin.

The United States has already directly intervened in Haiti. In 1915 Woodrow Wilson sent marines to occupy that country and they remained for another 19 years. That occupation was followed by U.S. puppet governments including the notorious Duvalier family. Every effort that Haitians have made to win sovereignty for themselves has been met with attack.

Democrats and Republican presidents alike have done great damage to Haiti with election interference. In 2009 secretary of state Hillary Clinton pressured the government to prevent the minimum wage  from increasing to 61 cents per hour from a paltry 24 cents. Shortly after the 2010 earthquake she forced puppet president Michel Martelly to undo election results and stay in office against the will of Haitian voters.

This is the history that must be remembered when we are told that Haitian officials are requesting the presence of U.S. troops in the wake of assassination. Even if true, the U.S. can never play a positive role there.

Foreign interventions are at the root of Haiti’s problems. Even philanthropy is suspect. The millions of dollars raised after the 2010 earthquake ended up in the hands of the oligarch class. Venezuela’s Petrocaribe project was intended to provide oil to Haiti and other nations at steeply discounted prices. Instead, it was undermined by theft on a massive scale. None of the funds reached the people who desperately needed them.

“The U.S. can never play a positive role in Haiti”

Haitians are perfectly capable of handling their own affairs. Whenever they take a step toward independence they are quickly subverted. It is bad enough that the United Nations refused to compensate Haiti for the cholera epidemic that it caused, but now they declare who will be the next president , without any input from the Haitian people.

The United States playing any role in Haiti’s future is akin to the fox being left in charge of the henhouse. The assumption that the exploiters can suddenly become helpful is a racist one. Haitians have been punished ever since 1804 because they dared to resist oppression from white led nations. Every step they take towards true independence has been systematically subverted.

If outsiders do nothing else, they must call attention to Haiti’s history and speak the truth about two hundred years of oppression at the hands of more powerful countries. The narrative of incompetent Black people must be denounced whenever it appears. It is the U.S. and its allies who must be exposed as the creators of a failed state. The Haitian people have suffered at their hands long enough. Anyone claiming to be concerned about their fate should speak in their defense and that means opposing any U.S. intervention.

Margaret Kimberley’s Freedom Rider column appears weekly in BAR, and is widely reprinted elsewhere. She maintains a frequently updated blog as well at http://freedomrider.blogspot.com. A member the Green Party of New York, Ms. Kimberley lives in New York City, and can be reached via e-Mail at Margaret.Kimberley(at)BlackAgendaReport.com.