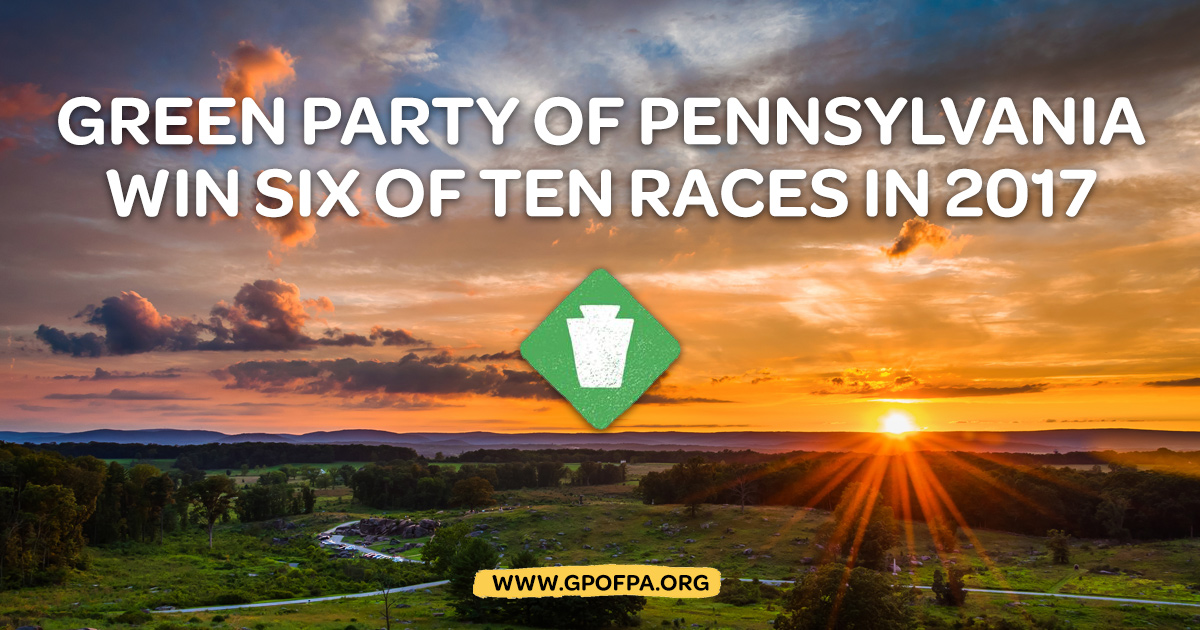 The Green Party of Pennsylvania is celebrating several election victories for 2017. Out of ten candidates running, six were elected to office. Jules Mermelstein, statewide candidate for PA Superior Court Judge was not one of those elected. However his strong showing was a victory in its own right, ensuring minor party status for the Green Party of Pennsylvania for two more years.

More than one out of every 20 voters across the state voted for Jules. His vote count of 106,131 was more than eight times the number of registered Greens in the state, showing strong cross-party support. Jules needed to get 2% of the number of votes received by the winner with the highest vote total in order for the Green Party to keep minor party designation in PA. Achieving over 9% statewide and over 10% in 15 Counties, Jule’s campaign for Superior Court Judge was a victory for PA Greens.

Nate Craig received an outstanding 10.3% of the vote in the race for Phoenixville Mayor in Chester County, giving encouragement to future Green candidates throughout PA.

Congratulations to our fellow Green’s across Pennsylvania who have been elected to serve in and for their communities and towns.

Greens across the United States celebrate a successful 2017
127 Green candidates were on the ballot on Nov. 7, at least 22 were elected.
13 Green Party candidates ran for state or federal office.
Nationwide municipal victory count is 22 out of 114 races.
In all 2017 elections (not just Nov. 7), Greens won 44 out of 164 races.