Green Party victories and highlights from the Nov. 7 election 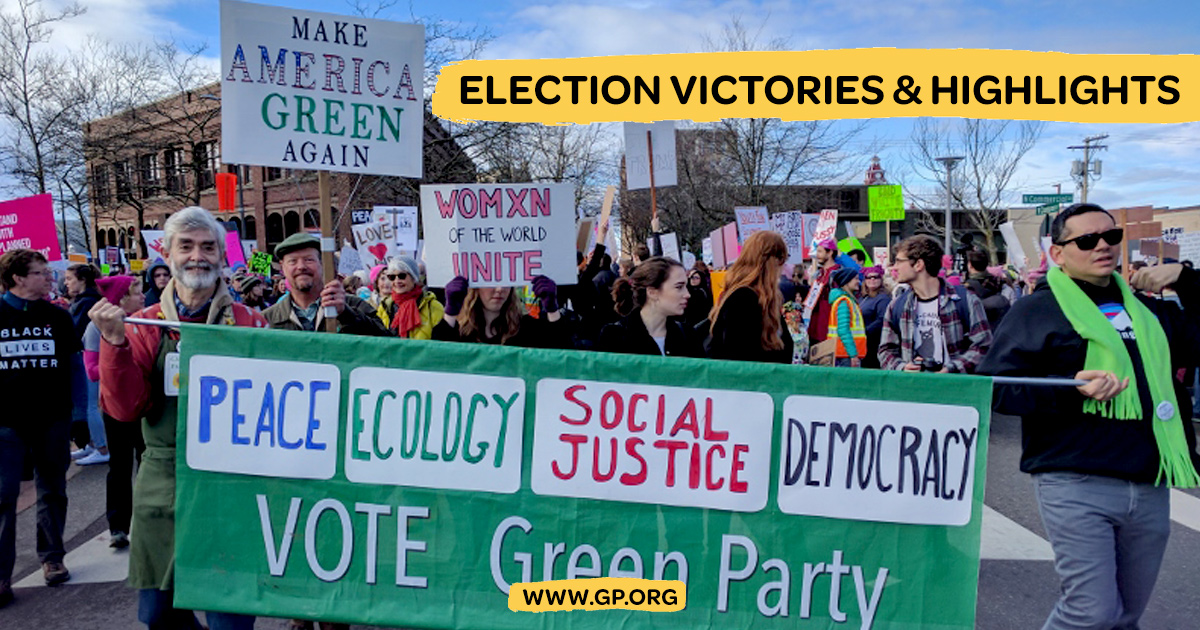 The Green Party of the United States congratulates the winners and thanks all Greens who ran for public office in 2017 and all those who worked on Green campaigns.

Connecticut: Eight out of 29 Green candidates were elected, including Jean de Smet for Mayor of Windham; Mirna Martinez (incumbent) for New London Board of Education; Dagmar Noll for Town Council in Willimantic.

Massachusetts: Laurance Kimbrough was elected to the Cambridge School Committee.

Minnesota: Cam Gordon was reelected to a fourth term on the Minneapolis City Council. LaTrisha Vetaw won her race for At-Large member of the Minneapolis Park Board, replacing Annie Young, the Green Party's longest serving elected official in U.S.

Pennsylvania: Two victories for three Green campaigns in Bucks County, with Dave Ochmanowicz and Stuart Chen-Hayes winning their elections to School Board and Judge of Elections respectively. Bradley Granlun was elected to Borough Council in Philipsburg; Cem Zeytinoglu won his race for Stroudsburg School Board. Tim Runkle was elected Judge of Elections in Elizabethtown.
More: http://www.greenwaveofpa.com/home

Colorado: Julie Bañuelos received 23% in a race for Denver School Board.

Ohio: Devin Branch drew 33.5% in his race for Mayor of East Cleveland.