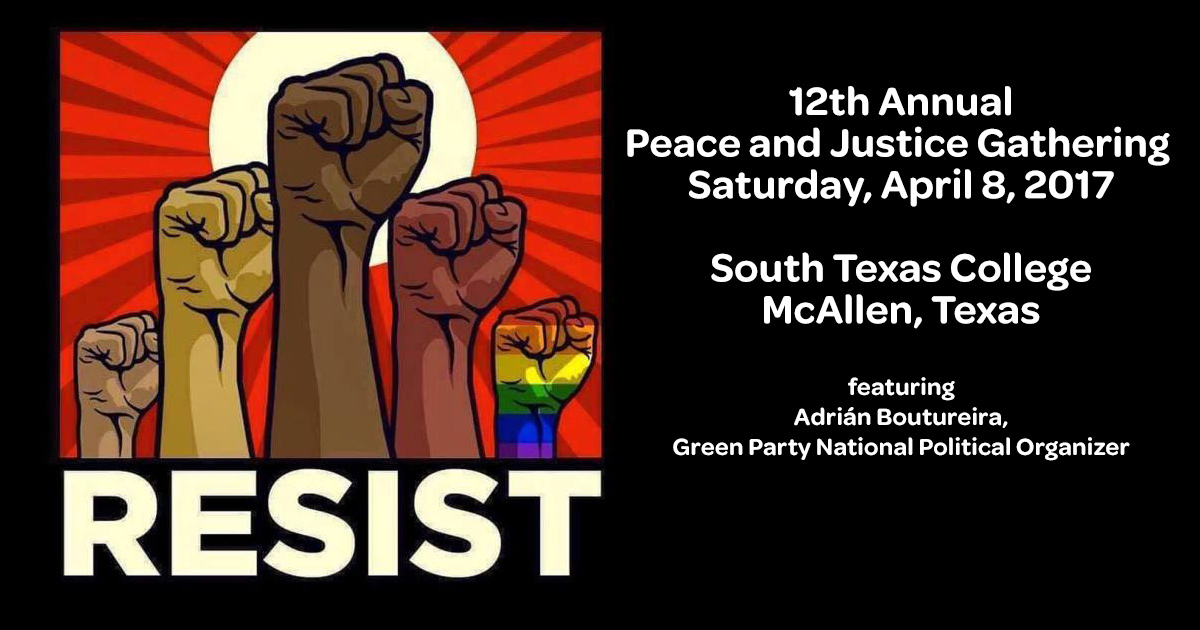 WASHINGTON, D.C. -- Adrián Boutureira, National Political Organizer of the Green Party of the United States, will be a keynote speaker at 12th Annual Peace and Justice Gathering in Texas on Saturday, April 8.

Mr. Boutureira, who lives in Austin, served as Field Director and Special Advisor on Palestinian and Latin American Affairs for Green Party nominee Jill Stein in her 2016 campaign for president.

He came to the U.S. in 1973 following the consolidation of the brutal right-wing military regime in Uruguay, his native country. The focus of his work has included racial economic and environmental justice, Latin American liberation struggles, Palestinian Liberation, and immigrant, indigenous, labor, and human rights.

"It is critical that our party makes itself actively present at the frontlines of community struggles at every given opportunity. Including at spaces where these struggles are converging to unify and explore collective solutions. This event, in South Texas, right on our border with Mexico, no less, is indeed such a space. I feel honored to have been invited by our South Texas comrades as a keynote speaker and panel participant" said Adrián Boutureira.

People for Peace and Justice is a coalition of people and organizations, based in the Rio Grande Valley, from diverse backgrounds, ages, races, ethnic groups, educational levels, religions and philosophies, political and sexual orientations. The coalition opposes violence, lies, and greed.