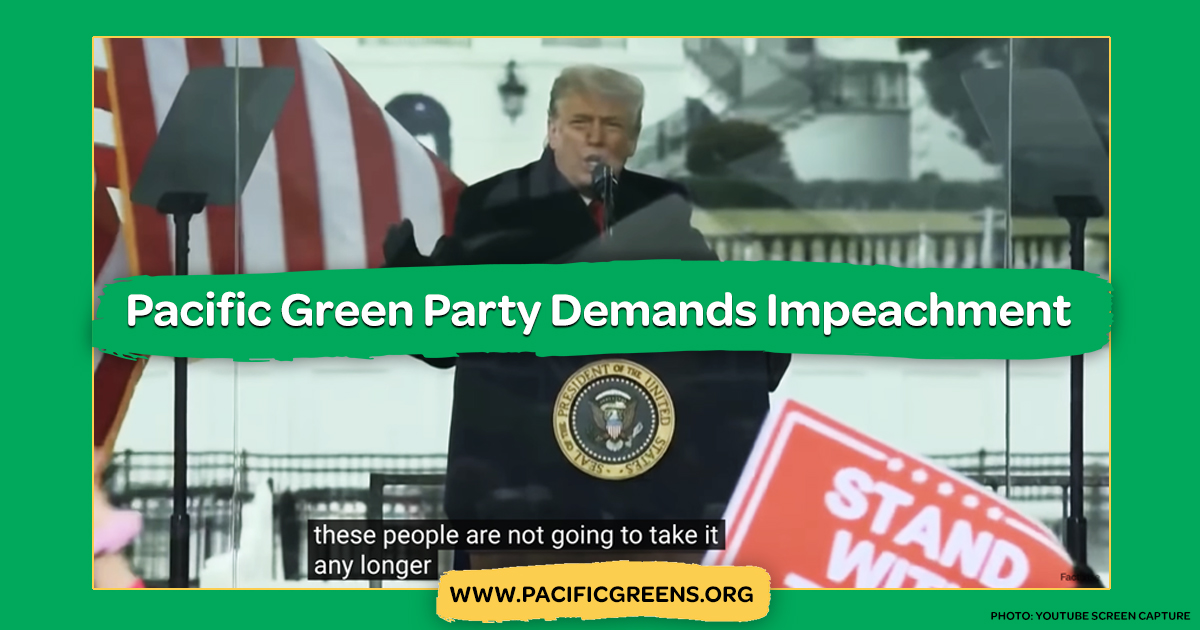 CORVALLIS, OR  – The Pacific Green Party of Oregon today called for the immediate initiation of impeachment proceedings following the president's incitement of an armed insurrection which resulted in the invasion and vandalism of the United States Capitol during a joint session of Congress convened for the purpose of certifying the votes of the Electoral College.

"There is no excuse for what the President has done; he must be held to account," said Charles Newlin, PGP media contact. "The President's speech, and that of Rudi Giuliani and Don Jr., was intended to incite his followers to act. The evidence is clear and straightforward; there is a video of the president asking his followers to march on the Capitol, and to interrupt the certification process."

The contrast of how the police force was deployed during a Black Lives Matter demonstration in the summer, compared to the deference that was afforded yesterday's right-wing mob, is the ultimate expression of white privilege.

"Both the president and the treasonous mob he incited must be held accountable," said Nathalie Paravicini, PGP former Co-Chair. "Having two different standards of justice which are dependent on skin color, privilege or political views is simply unacceptable in America and elsewhere."

"Congress must pass articles of impeachment to hold the president accountable for his role in the armed insurrection, to make the historical record clear, and to safeguard future elections."