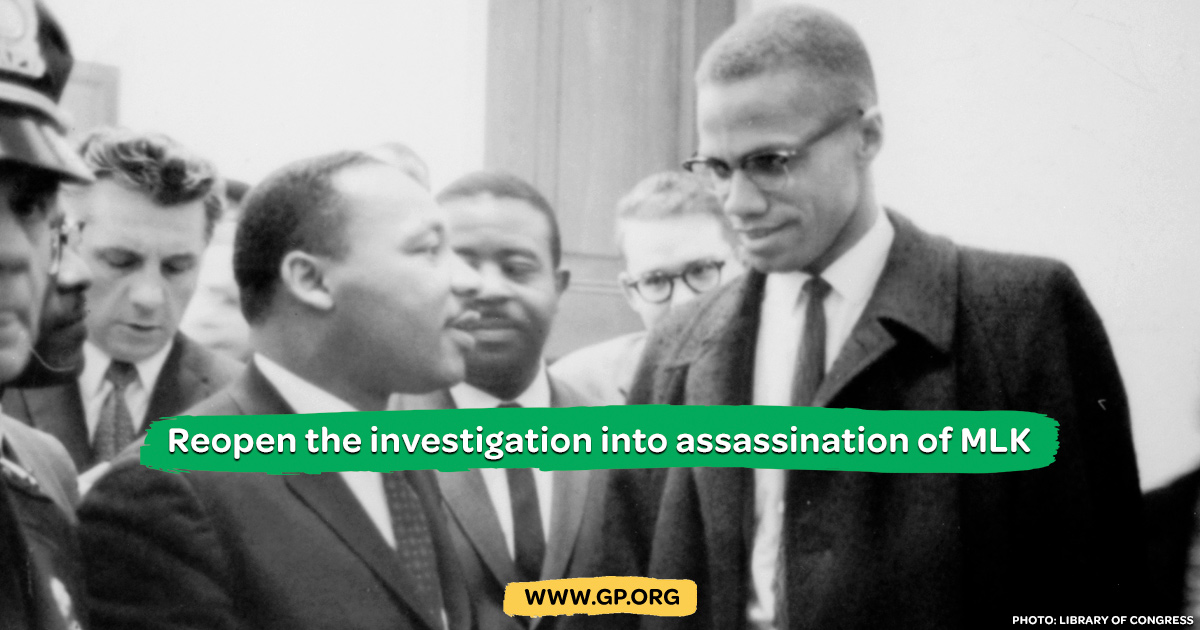 On Martin Luther King Jr. Day, a group of over 60 prominent American citizens called for a full investigation into Reverend King’s assassination.

"The Green Party of the United States Working Group on Reparations stands in solidarity with members of the King Family and advisors’ call for action to reopen the probe into the assassination of Martin Luther King Jr.," said Trahern Crews, a member of the Working Group.

In the words of Coretta Scott King, “We have done what we can to reveal the truth, and we now urge you as members of the media, and we call upon elected officials, and other persons of influence to do what they can to share the revelation of this case to the widest possible audience.”

The Green Party’s Working Group on Reparations, headed by the Green Party’s Black Caucus, was established to engage with the public, reparations organizations and lawmakers to increase public and government support for the passage of U.S. House Resolution 40 - Commission to Study and Develop Reparations Proposals.