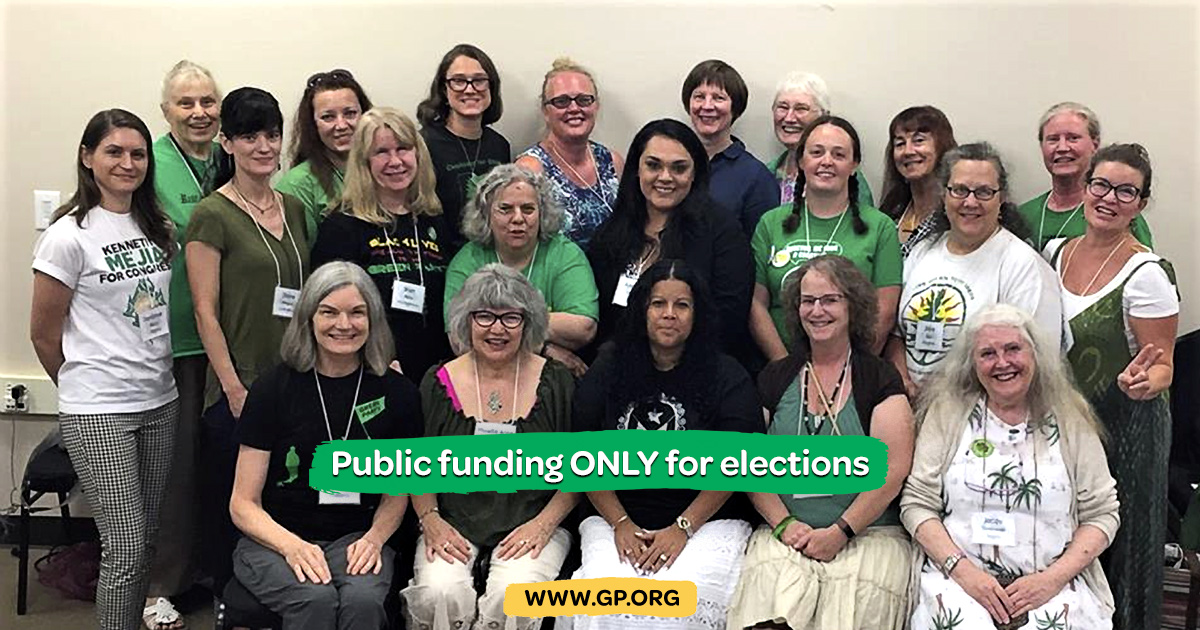 Green Party members from across the country will converge on Washington, D.C., the week of April 1-5 from 10 a.m. to 5:00 p.m. to lobby their senators and representatives to support public only funding for their campaigns. Greens will also encourage them to sponsor a congressional bill to free elections from bribery cash: special interest PACs, corporate and dark money donations.

Darlene Elias, spokesperson for the National Women’s Caucus, explains: “The current bill HR 1 on campaign funding is calculated to eliminate federal matching funds for third party and independent candidates by raising the qualifying amount for federal matching funds from $5,000 in 20 states to $25,000 in 20 states. Among other drawbacks, HR 1 would cut funding for the Green Party presidential candidate and hamper their chances of getting state ballot access, thereby preventing other Green candidates from running for local office.”

Green Party leaders will gather on the steps of the Supreme Court for a press conference on April 3 at 3:00 p.m.

Green Party leaders will also host an informative event later in the evening from 6-8 p.m. at Busboys and Poets at 450 K St. NW in Washington, D.C. on how the public funding of elections can save taxpayers money.