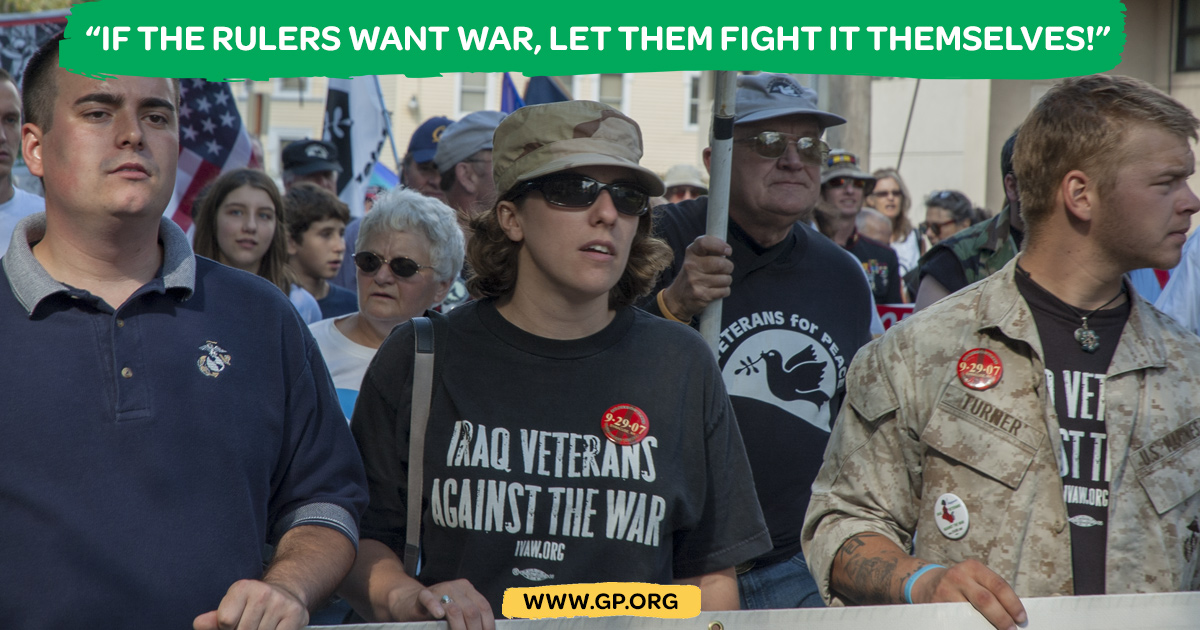 One of the most ingenious propaganda weapons ever developed is that the powerful nations of the West—led by the United States—have a moral responsibility to use military force to protect the rights of people being repressed by their governments. This "responsibility to protect" (R2P) always had a dubious legal standing, but its moral justification also required a psychological and historical disengagement from the bloody reality of the 500-hundred-year history of U.S. and European colonialism, slavery, genocide and torture that created the "West." 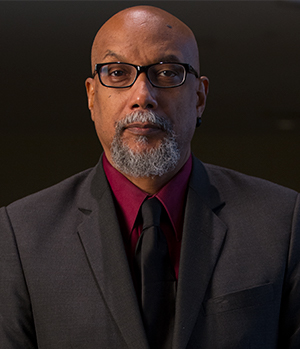 This violent, lawless Pan-European colonial/capitalist project continues today under the hegemony of the U.S. empire. This then begs the questions of who really needs the protection and who protects the peoples of the world from the United States and its allies? The only logical, principled and strategic response to this question is citizens of the empire must reject their imperial privileges and join in opposing ruling elites exploiting labor and plundering the Earth. To do that, however, requires breaking with the intoxicating allure of cross-class, bi-partisan "white identity politics."

Neocons like William Kristol, Paul Wolfowitz and Richard Pearl were the driving forces in pushing for the war in Iraq. They understood if they wanted to sell war, "Americans" needed to believe the conflict was about values, not interests. The neocons dusted off and put a new face on that old rationalization for colonialism—the white man's burden. Interventions were to bring democracy and freedom to those people who were struggling to be just like their more advanced models in the white West. Liberal interventionists further developed those ideas into "humanitarian interventionism" and the "responsibility to protect."

The fact that the United States and Europe can wrap themselves in the flag of morality, practice savior politics and get away with it is a testament to the enduring psychopathology of white supremacist ideology.

The most extreme expressions of this cognitive dissonance occurred during the Obama administration, when the notion of U.S. exceptionalism was used to justify continuing the barbarism of the Bush administration's so-called War on Terror. With this justification and the outrageous assertion that it was defending democracy, the U.S./EU/NATO axis of domination committed crimes against humanity and war crimes that resulted in the deaths of millions, while millions more were displaced and ancient cities, nations and peoples were destroyed.

The result? International Gallup and Pew research polls have consistently shown the peoples of the world consider the United States the greatest threat to world peace on the planet.

National Security Strategy Under Trump: More of the Same

When the Trump administration released its National Security Strategy, Liberal pundits suggested it was a significantly different than any previous U.S. strategy. But beyond some specific references to putting "America" and its citizens first in relationship to the economy, and the reactionary stances of tightening border security and enforcing strict immigration policies, Trump's strategy did not stray much from the post-Cold War strategy of the preceding years.

Unchecked by the countervailing power of the Soviet Union, the bi-partisan National Security Strategy produced in the 1990s that committed the U.S. state to pursue policies that would ensure continued U.S. economic, political and military hegemony through the 21st century—the "new American century"—is still the overall strategic objective of this administration.

Even explicitly naming China and Russia as "competition" that threatens to harm the country's security was not that much of a departure since the centerpiece of U.S policy has been checking any state that challenged U.S. power in any region. The Trump administration named threats to U.S. interests—North Korea in Asia, Russia in Eurasia, Iran in West Asia, with jihadist groups included in case the United States needed a War on Terror (WOT) justification for U.S. interventions anywhere in the world. 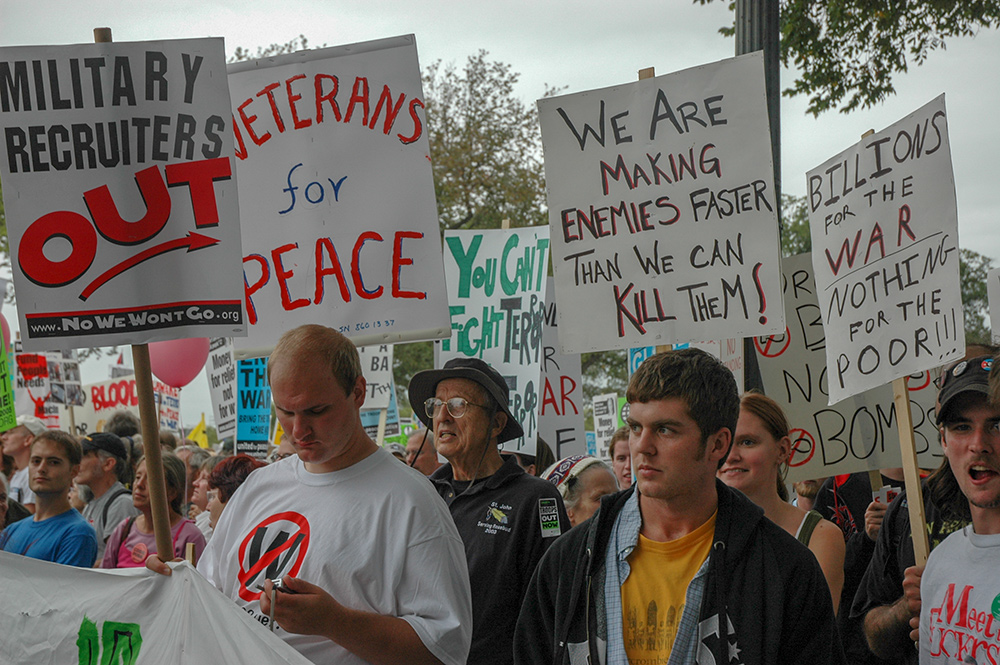 Building the U.S. anti-war movement as the responsibility to protect from Empire

Fifty years ago, Dr. Martin Luther King Jr. stated the obvious: he United States was the greatest purveyor of violence in the world. He also said the public allowing this violence would lead to a kind of national spiritual death that would continue to make the U.S. state a danger to the world.

That spiritual death has not quite happened completely. Yet accepting the "inevitability" of violence and the necessity for waging war is now more deeply ingrained in the collective consciousness of individuals in the United States than it was 50 years ago when King warned of the deep malady of U.S. society. For most of the 21st century, the United States has been at war. Culturally, mass shootings, the wars on drugs and terror, violence and war as entertainment, livestreamed videos of horrendous police-executed murders as well as of a head of state being sodomized with a knife have resulted in what Henry Giroux refers to as a "culture of cruelty.

But the very fact that the authorities need to lie to the people with fairy tales of the responsibility to protect in order to give moral coverage for the waging of war is an acknowledgement that they understand that there is enough humanity left with the public that it would reject U.S. warmongering if it was only seen as advancing narrow national interests.

It is this remaining moral core—and the objective interests of the clear majority of the people to be in opposition to war—that provides the foundation for reviving the modern anti-war movement.

Baltimore was the site of the rebellion in response to Freddie Gray's murder by the domestic military we refer to as "the police." There, a couple of hundred activists will convene January 12 to kick off a new campaign to close all U.S. foreign bases. This gathering is the result of a new coalition of forces—both old and new—to revive the U.S. anti-war movement. This conference comes on the heels of another meeting that took place just a few months ago in Washington, D.C., where some of the same forces came together to kick-off a campaign to "divest from the war machine."

Strategically these efforts are designed to be the first steps toward building the confidence, institutional strength and programmatic focus of a new, reinvigorated, broad-based, anti-war, pro-peace and anti-imperialist movement in the United States We are opposing the warmongering both corporate political parties have normalized.

The difficulties and challenges of this endeavor are not lost on the various organizations, networks and coalitions that are part of these efforts. We all recognize that there are no shortcuts to the delicate reconstructing of our existing forces and the challenge of expanding those forces by bringing in new formations. The ideological and political differences that have surfaced among left and progressive forces around issues of war and imperialism make it more challenging.

But the imperative of expressing solidarity with the victims of U.S. warmongering must take precedence over our differences and should serve as a basis for building political unity.

Solidarity, however, is not enough for those of us in the Black Alliance for Peace (BAP). We recognize its importance as a baseline principle for (re)-building a broad anti-war movement. Our common interests with other oppressed peoples, nations and states that find themselves in the cross-hairs of U.S. imperialism demands we offer more than solidarity—we must stand as allies.

Those of us building the Black Alliance for Peaceunderstand we cannot afford the comforting myths of U.S. benevolence that attempts to conceal the naked deployment of U.S. state power in service of Western capitalist/colonialist interests. And so, we view with suspicion, if not treat with disdain, our comrades who support U.S. interventions, even when they frame that support with "leftist" justifications. For oppressed nations and peoples of the world, the U.S. white supremacist, colonial/capitalist patriarchy is and remains the principle contradiction. There must not be any nationalist sentimentality or equivocation on that position.

We saw how the anti-war opposition that emerged during the Bush years in opposition to lawless state-sanctioned violence, dissolved during the Obama administration. Liberals and major elements of the "left" objectively aligned themselves with the U.S./EU/NATO axis of domination through their silence or outright support in the name of opposing authoritarian regimes.

The consequence of that class collaboration is the spectrum of war has today become a permanent feature of policy discourse. The obscene $80 billion increase in military spending that was supported by both parties and the corporate media reflects that collaboration and the corrosive impact of almost two decades of militarism on the politics and consciousness of the public.

So, for BAP, the historic task is clear.

The people must be separated from the capitalist oligarchy and the nature of the state must be exposed. Our politics must be clear and our rhetoric devoid of liberal ambiguities. We must expose the underlying capitalist-class interests that are masked by appeals to national interests and patriotism. The anti-war movement must advance a clear understanding of the economic and class interests that are at root of imperialist strategies and great power conflicts. We must assert without equivocation the position that we can't get rid of the scourge of war without getting rid of racism and capitalism and that the people should reject all calls to protect the national interests promoted by the ruling elites. 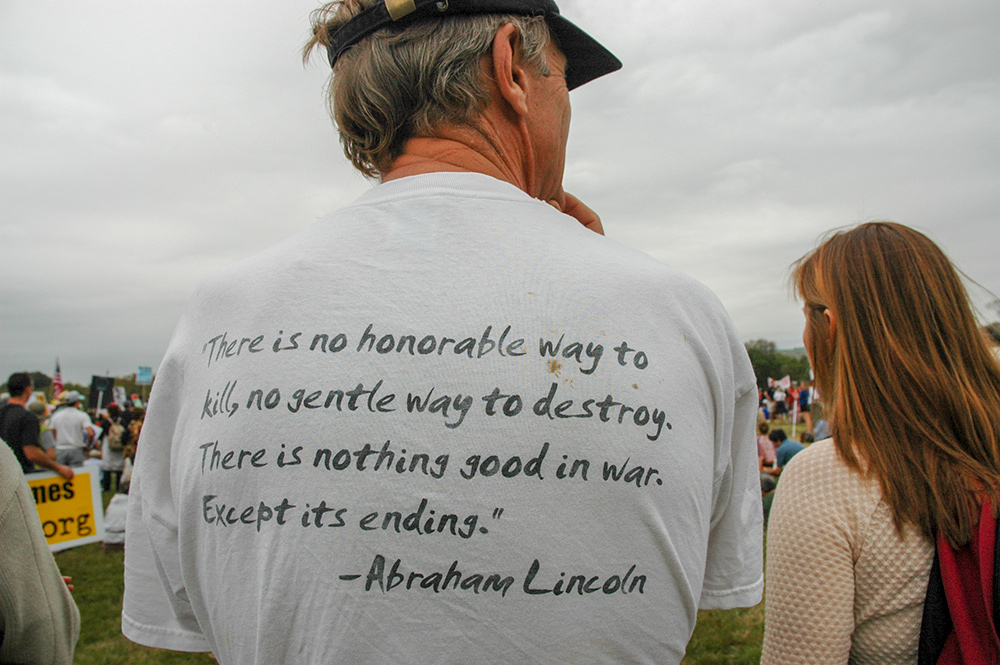 We must say if the rulers want war, let them fight it themselves!

The anti-war and anti-imperialist position must be seen as the highest expression of internationalism and global solidarity. Activists in the United States must reject all efforts to pink-wash militarism and recognize their moral obligation—as citizens of empire—to oppose all U.S. military interventions. We must take the position that we will no longer allow chicken hawk politicians to send our sons and daughters off to other lands, where they become war criminals fighting other working-class and poor people who only want social justice, national sovereignty and self-determination for themselves.

The permanent war agenda of the capitalist dictatorship must be met with permanent opposition from the working class and all oppressed people. The people must understand the link between the racialized justifications for making war abroad with the intensification of the war being waged against Black and Brown communities in the United States

We say to progressives that you can't pretend that you believe "Black Lives Matter" in the United States and not be opposed to the assault on the humanity of Palestinians, of Yemenis, of the millions lost in the Democratic Republic of the Congo, of the destruction of Libya and of coups in Honduras and destabilization in Venezuela.

Reject the racist 21st century version of the white man's burden with its absurd notion of humanitarian war and the responsibility to protect and understand that the real threat to world peace is the empire that we are all a part of.

Our task is clear: the anti-war position is not an add-on. It is a fundamental moral and political obligation for the citizens of empire. The world can no longer wait.