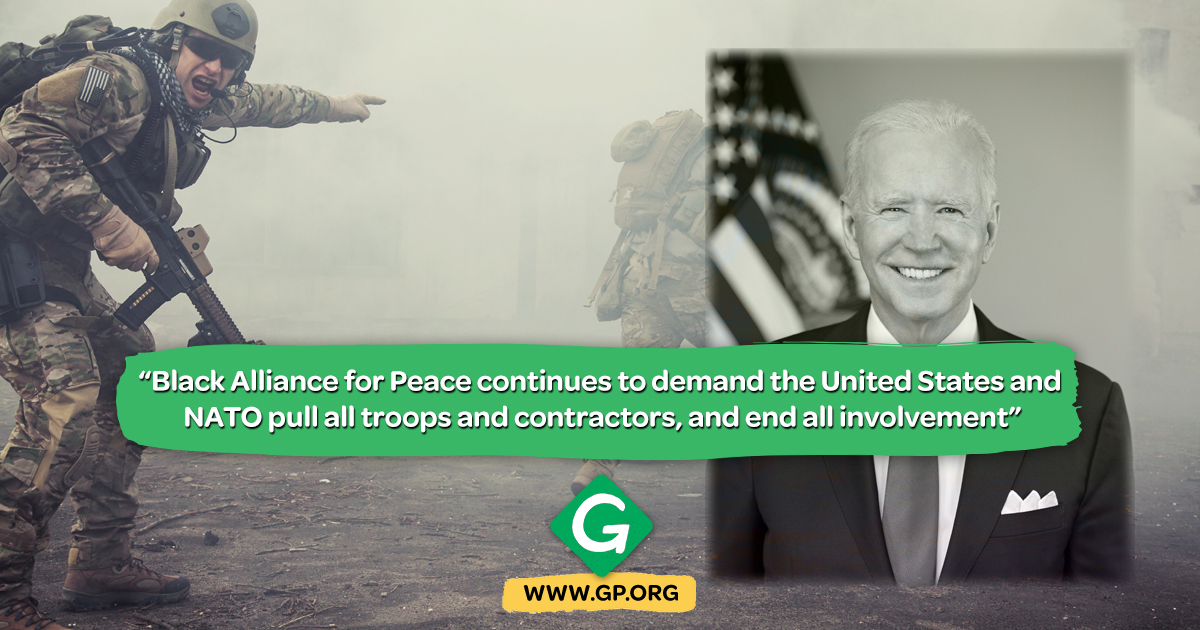 The Black Alliance for Peace
blackallianceforpeace.com

The Black Alliance for Peace (BAP) has consistently demanded U.S. adherence to the Doha peace agreement. BAP even organized an International Day of Action on Afghanistan on April 8 to help raise the public's awareness on the issue.

While BAP continues to gather information on this reported proposal, we are concerned that what is being floated by the corporate media will result in increased hostilities between the Taliban and U.S. forces, providing a pretext for increased U.S. military involvement. BAP has detailed how powerful forces within the administration and among the foreign policy elite are trying to find ways to keep a U.S. military presence in Afghanistan to support broader geostrategic objectives, primarily countering Chinese influence. Some of these issues were laid out during the April 13 episode of "Voices With Vision" on WPFW (89.3 FM in Washington, D.C.).

As an internationalist organization, BAP wonders if U.S. private contractors and NATO coalition forces from other countries—both of which outnumber U.S. military personnel—will remain in Afghanistan. What role would the United States play once troops are removed? We also ask where else U.S. troops will be sent as the cold war on China is ramped up, Russia continues to be agitated and Africa remains a hotbed for U.S. military activity. We question if devastating sanctions would be slapped on the people of Afghanistan after a U.S. pullout, as in the case of 1970s Vietnam and Iraq after the 1990s bombing campaign.

For all of these reasons and as we gather information on what appears to be an attempt to test the U.S. public's reaction, BAP continues to demand the United States and NATO pull all troops and contractors, and end all involvement. And we insist the United States respect the human rights of the Afghan people and colonized people the world over, including inside its borders.