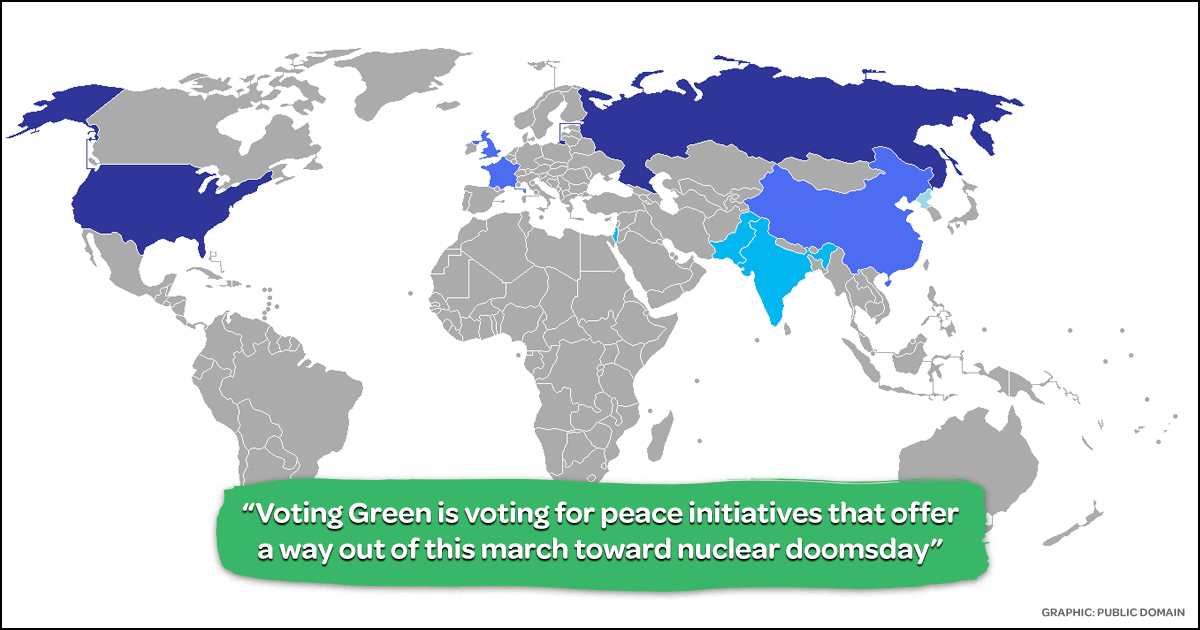 August 6 is the 75th anniversary of the only time any nation in the world dropped an atomic bomb on people.

Now would be an opportune moment for a major party presidential or US Senate candidate to make the new nuclear arms race a top campaign issue. Instead we hear nothing.

The Bulletin of the Atomic Scientists recently moved its Doomsday Clock the closest it has ever been to midnight. Tension in the world is very high. The US has withdrawn from one nuclear weapons treaty after another, from the Iran nuclear deal to the Intermediate-Range Nuclear Forces (INF) Treaty. The last bilateral nuclear weapons treaty between the US and Russia, the New START Treaty concerning strategic nuclear forces, expires next February 5.

Modernization also deploys more tactical nukes in conventional forces with the crackpot military doctrine of “escalate to de-escalate.” The tactical nukes would be used to degrade a stronger conventional force that was gaining the upper hand. The wishful thinking is that the conflict could then be de-escalated. But as former nuclear war planner Daniel Ellsberg demonstrates in his “second Pentagon Papers,” his book The Doomsday Machine, once one nuke is launched, they will all launch automatically and that will be the end of us.

The people of Japan know more than anyone how dangerous these weapons are. Since the late 1950s they have been warning the world that nuclear weapons and the human race are on a collision course.

We propose a set of peace initiatives as a way out of this life-or-death emergency. The U.S. should:

On the basis of these tension-reducing peace initiatives, the US can credibly approach the other eight nuclear powers to negotiate complete and mutual nuclear disarmament, an obligation nuclear powers are already charged with under the 1970 Nuclear Non-Proliferation Treaty.

The US would enter disarmament negotiations with world public opinion on its side. In a meeting at the U.N. in 2017, 122 non-nuclear nations agreed to the text of the Treaty on the Prohibition of Nuclear Weapons. The International Campaign for the Abolition of Nuclear Weapons received the Nobel Peace Prize for that achievement.

Yet very few Americans know about these developments because none of the leaders of the Democratic and Republican parties and none of their presidential or senatorial candidates are addressing this crisis. None of them oppose the US nuclear modernization program. None have proposals to reverse the new nuclear arms race.

None have objected to the use of nuclear weapons in US foreign and military policy. Every time US leaders say “all options are on the table,” the threat of a nuclear strike is implied. The danger of nuclear escalation is always present in the never-ending US wars abroad.

Voting for the lesser evils among these candidates is still voting for the nuclear arms race and endless wars. Voting Green is voting for peace initiatives that offer a way out of this march toward nuclear doomsday. As the great 20th century anti-war leader A.J. Muste famously said, “There is no way to peace; peace is the way.”