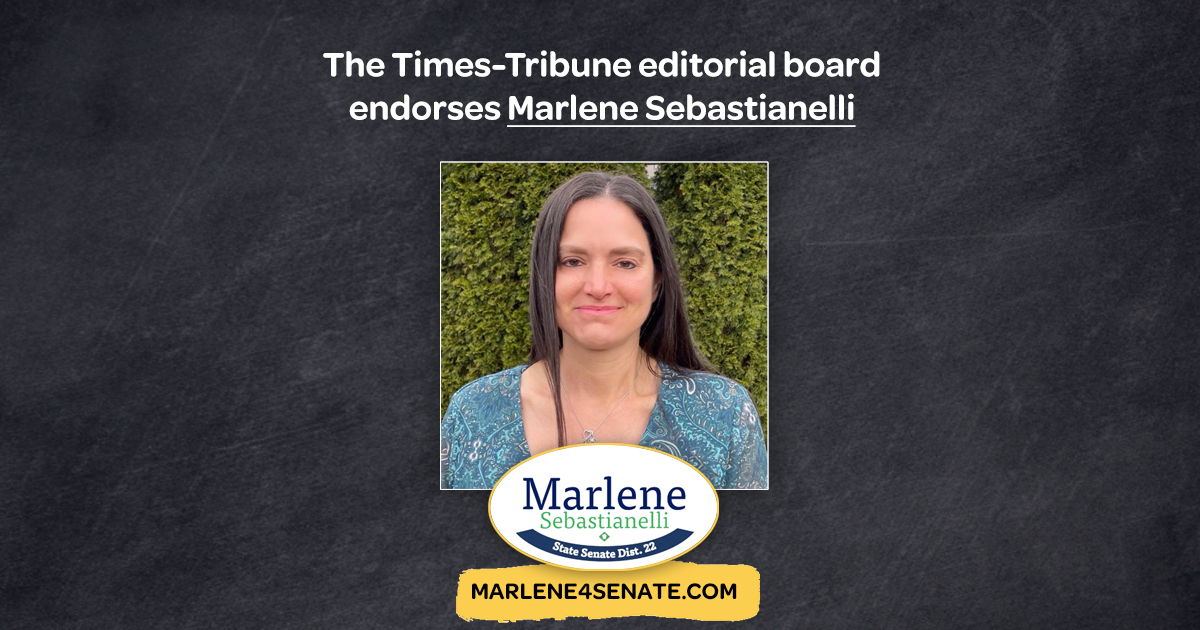 The lesson thus far of the special election campaign to replace Democratic former state Sen. John Blake is that Blake should not have resigned — especially without using his political capital to smooth the way for a competent successor. Blake, an effective legislator, uncharacteristically shirked his responsibility when he resigned recently and took a job as economic development policy director for U.S. Rep. Matt Cartwright of Moosic. Blake cited personal matters and frustration with being in the minority at the Capitol. That’s understandable, but the solution is to serve out the term and retire rather than to leave a void.

The Scranton Times-Tribune
By The Editorial Board
May 9, 2021

The two major party committees selected candidates for the May 18 special election to serve out Blake’s term through the end of 2022. In doing so, both parties indicted the two-party system.

Most egregious is the candidacy of Republican Chris Chermak, the minority Lackawanna County commissioner. He professes neither knowledge nor curiosity about the principal issues affecting the senatorial district and the commonwealth, and clearly has not bothered to study the Legislature or any issue in particular, while hiding behind a cascade of virulent, misleading negative advertising funded primarily by outside sources.

The first job of any politician is simply to show up, but Chermak couldn’t even bring himself to attend the only debate in the race, which in itself should be disqualifying.

Democrats selected Marty Flynn, who has represented the 113th Legislative District in the House for 10 years. Flynn is conscientious, especially in the provision of constituent services that help to build a political base. But he has not distinguished himself as a legislator. And when asked a few years ago about his committee assignments, he gushed that he enjoyed being on the banking and insurance committee because the well-heeled lobbyists for those enterprises filled his campaign treasury.

Flynn has offered no convincing reason to justify his emergence from the 203-member House to take a seat in the 50-member Senate.

As if to illustrate that Flynn and Chermak are merely instruments of their parties’ internal preferences, divorced from the real-world needs of the district, neither candidate can bring himself to condemn the massive, dangerous, unwarranted 40-year proposed expansion of the Keystone Sanitary Landfill — not only an abandonment of the bully pulpit but an abdication of public responsibility.

Two minor-party candidates are in the race — Libertarian Nathan Covington, the auditor of Barrett Twp., Monroe County; and the Green Party’s Marlene Sebastianelli, the best candidate in the race. The Times-Tribune editorial board endorses Sebastianelli, 48, of Blakely. She has not held public office but owns a local winery and is a consultant in the health care industry.

She forthrightly opposes the landfill expansion, and unlike the major-party candidates, recognizes that she can use the bully pulpit even though she would not be empowered as a senator to stop it.

Based on her own industry experience during the COVID-19 emergency, she has sound ideas on improving the state response to future health care crises, including more effective and comprehensive data collection, and ensuring supplies of personal protective equipment.

Sebastianelli said she got into the race because she didn’t see the major party candidates addressing the most important matters affecting the Lackawanna County-centered district. She got that right, and she shouldn’t be alone.