Reporting from the SOAW Border Encuentro 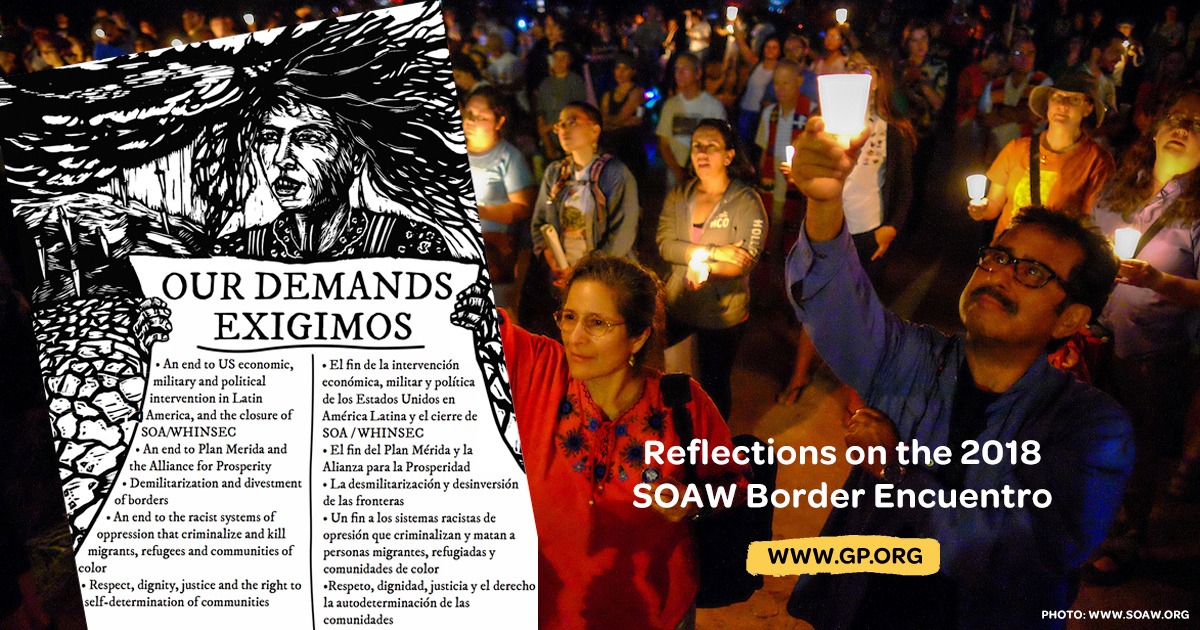 The tabling at this year's SOAW Border Incuentro was at best "o.k." I was able to hand out some literature and talk to people about our work and platform. However the tabling on the Mexico side (where we were) was tucked into a corner under an outdoor roof of the school and I the people that visited tables honestly were there by default since that is where the bathrooms were! So note for future: I'm not sure tabling is the best use of resources at this event, at least in my experience.

This event is relatively new and the Border Wall makes it difficult to do things on both sides. I had heard that last year about 1,000 people attended. It didn't appear to be quite that size this year - perhaps due to the logistical aspects of having to hold the event concurrently on both sides of the wall. That said, it was a beautiful event and the next piece here is about the workshop I attended. Workshops were offered on both sides of the wall, in Mexico just over the wall in tents on the school property and on the U.S. side about a mile away at the Hotel Americana.

I was only able to attend one workshop due to my tabling responsibilities *and* the fact that one out of the two I had chosen to attend was standing room only, delivered in Spanish (I am Spanish impaired  - something I intend to remedy) and they had run out of receivers/headphone sets for translation.  That one was called "From US-Backed Dirty Wars in Central Africa to the Texas Border: A Conversation on Border Militarization and Migration" presented by the Detained Migrant Detention Project and Jennifer Harbury (the latter is an attorney/human rights activist based in Brownsville, TX, unable to be there in person, so she patched in from Texas where she felt she needed to stay due to the migrant caravan.

Here is my description and takeaway from that panel, focusing on one speaker's presentation:

The war on the Tohono O'odham (O'odham for short) people is a result of the techniques used on the war on the Palestinian people. The oppression of the O'odham is ever increasing, as a result of the militarization of the border. The O'odham has been separated by the border wall. There is no longer free travel in their own land and they must go through checkpoints when traveling within the borders of their homeland. The border patrol military are trained in Israel. In the words of the presenter, the U.S. border patrol are learning off of the colonization of the Palestinian people to discriminate and harass people here "legally". Additionally, there are "integrated fixed towers" all over O'odham land, which emit radiation and "talk" to other towers. 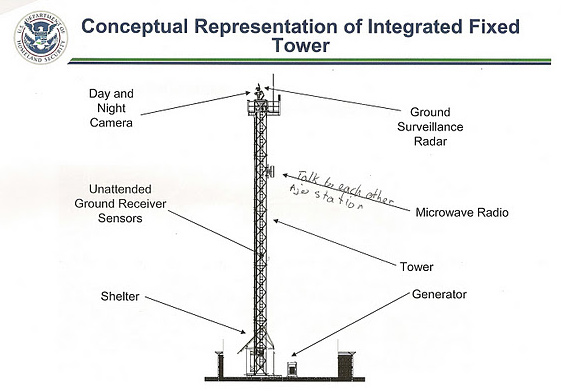 These towers are made by Israeli companies (not to mention the fact that the border wall here is built by the same companies that built the wall in Palestine), many which are in Tucson, AZ. The presenter from O'odham in her participation with the CODEPINK delegation to Palestine told of their meeting with Palestinian women who said that the people there are being diagnosed with cancer as a result of the emitted radiation from these towers. In essence these towers are first used on the Palestinian people and then built here.

The other panelists had similar messages and addressed the BDS movement, stressing that BDS has always been a call on global struggles and that we must continue to take on transnational corporations.

The action item from all the panelists that is requested of communities is intersectional divestment, starting at the local level. We are strongly encouraged to create campaigns to demand divestment from any corporations that have ties to anything that has to do with the funding of the militarization of borders (and war-making in general). By doing so, we are building the foundation of alliances that are intersectional.

The rest of the weekend included a concert on Saturday night on the stage right next to the border wall in Mexico.
Sunday was a program of speakers, including SOAW founder Father Roy Bourgeois, lots of personal stories, the Litany and Presentes. The event concluded with the children of the school that hosted on the Mexico side singing and dancing, along with the SOAW Puppetistas. This school is right at the border. These children see that wall **every single day.**

The SOAW program which includes the litany and the names of all the Presentes.