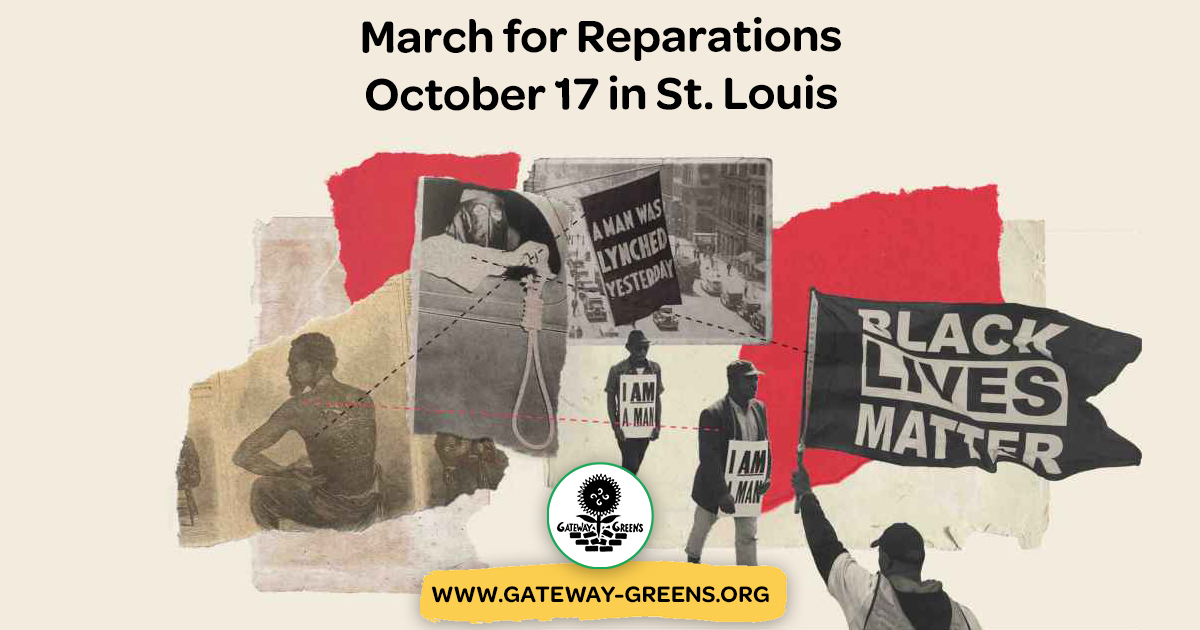 Once we arrive at the corner of S. Grand and Arsenal, we will have a rally with an incredible lineup of speakers & poets!

People of African ancestry have legitimate claims to reparations including monetary compensation and the rebuilding of their communities. Reparations are a debt (not charity!) that is owed by our nation and other nations and by the corporate institutions chartered under our laws to a collective of people.

Until significant steps are taken to reverse the ongoing neglect and abuses – end police violence and the criminalization of Black communities, eradicate poverty, invest in public education, universal health care, and the restoration of human rights – it will be impossible to repair the continuing damage wrought by the ideology of white supremacy which permeates all governing institutions of this country. Leadership on the question what our nation owes ought to come from the African American community, whose right to self-determination and autonomy to chart the path of healing we fully recognize.