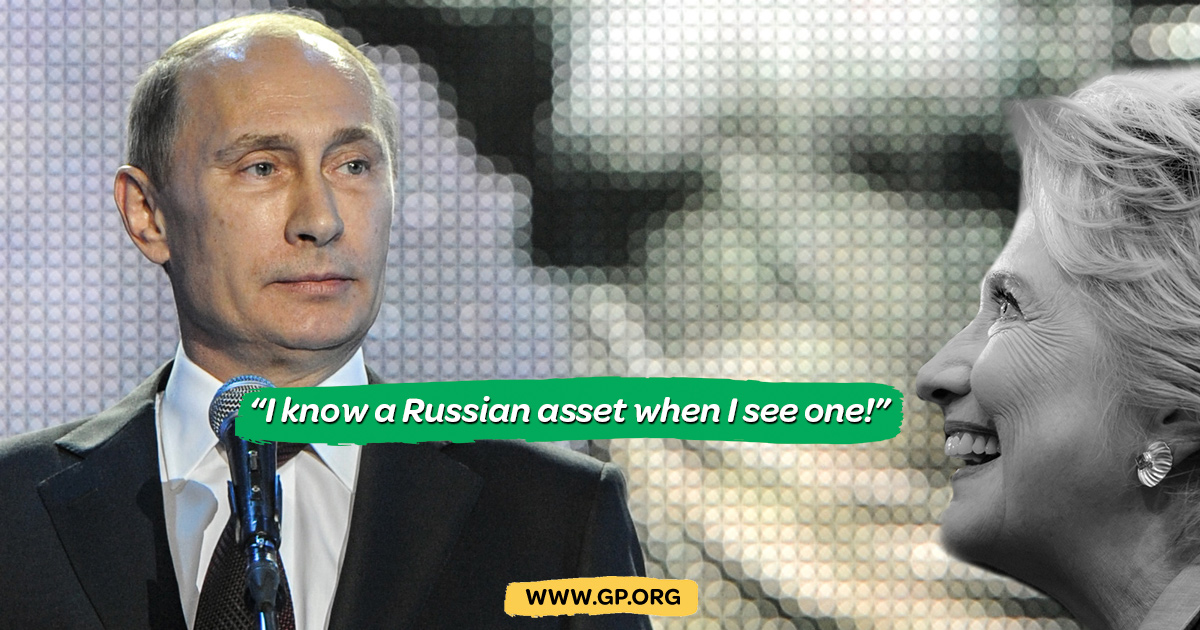 Over the weekend it came out that Hillary Clinton unleashed another unconscionable smear against the Green Party and our 2016 presidential nominee Dr. Jill Stein, calling Dr. Stein “a Russian asset...I mean totally.” We need to fight back right now.

Will you sign up to become a Monthly Sustainer right now, or upgrade your monthly contribution if you are already a Sustainer? Let’s show Hillary Clinton and the DNC leadership their slander and scaremongering won’t work — and that it will only make our party and our movement stronger.

We knew this was coming. Hillary Clinton and the Democrats’ 2016 loss to Donald Trump cannot be rationalized by the two-party cartel. They’ll blame anyone and anything to avoid responsibility for decades of sacrificing the interests of communities and the environment to the altar of Wall Street, war and the police state.

Hillary Clinton hasn’t just attacked Jill, but every one of Jill’s volunteers, her staff, her voters — everyone who supported her campaign. And not just Jill’s campaign! Clinton’s scaremongering is aimed at all Green Party candidates and supporters — all of us who dare to challenge the Democrats and Republicans’ stranglehold on our elections.

It’s an attack against you.

And this is just the beginning! 2020 is going to be rough, Green Fam! The power structure doesn’t play fair. They’re playing to survive, and we’re fighting for survival too.

Clinton, the DNC and their corporate-friendly think tanks have legions of staffers and surrogates in the media and online. Your monthly contribution strengthens our ability to fight back with the truth and support our Grassroots Greens and candidates to do the same. If we’re going to win big over the coming year and thrive then we need you to give today. It’s because we have you that the parties of Wall Street will fail.

We clapped back hard against HRC yesterday in Rolling Stone. Jill has publicly challenged HRC to a long-overdue debate. Now let's send Hillary and the corporate parties a message that they can't ignore.

Sign up today as a Sustaining Donor with the Green Party with a monthly contribution of $10 or more — and help us fight back against these attacks and keep fighting for Grassroots Democracy, Eco-Socialism, Peace and Social Justice.

P.S. We understand you may not be able to commit to a monthly contribution today. Your one-time contribution of $20, $25, $50 or whatever you can afford is also needed and appreciated.