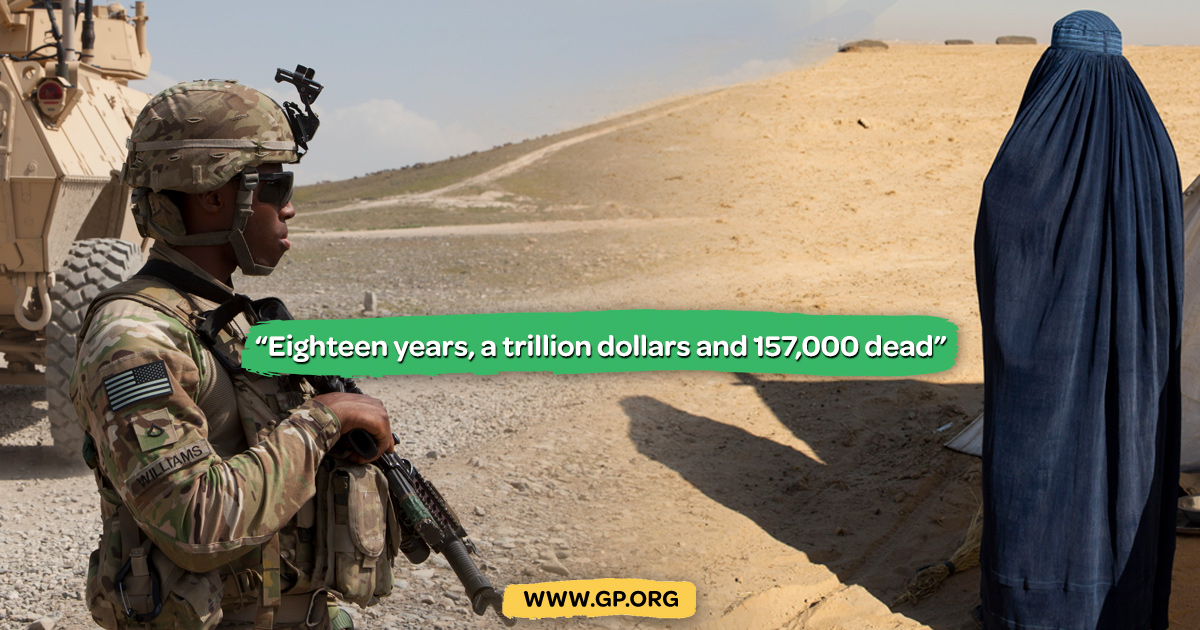 Reporters and editors at The Washington Post have done the world a great service by suing our government to obtain what has come to be known as “The Afghanistan Papers,” and then publishing the results.

Now, did you or I need countless pages of insider confessions to figure out the U.S. occupation of Afghanistan has accomplished little except death, destruction and profits for war-mongers? Of course not. It did not take the Green Party eighteen years to call out the two parties of War and Wall Street for twisting our grief, pain and fear from the 9/11 attacks into an excuse for empire, atrocities and corruption. We were on that from day one.

That is why the Green Party is essential, and that’s why I’m asking you to make a strategic, year-end gift to the Green Party today. The U.S. global war machine is still wrecking this planet and its people. It’s only through your support that we can build the power needed to end it.

And so while the Post deserves our gratitude for putting the truth of the Afghanistan invasion into the public record we must acknowledge that truth has been delayed far too long and is still compromised by omissions and misdirection.

You see, the corporate media’s pundits and reporters keep referring to the Afghanistan Papers as exposing the “folly” of the U.S. invasion and occupation. They talk about “mission creep” and the lack of a clear “vision.” Eighteen years, a trillion dollars and 157,000 dead are chalked up to the bumbling hubris of a bureaucracy staffed by otherwise smart and dedicated people. There’s no unifying motivation or ideology — we just got in over our heads!

But when we look closer, we can see the underlying motivations the power structure cannot bring itself to acknowledge: white supremacy, a belief that the lives of people in other countries are just worth less than our own, and a belief that the U.S. can and should wield violence in whatever ways we see fit because we know best. Oh, and let’s not forget corporate profits. Always, always corporate profits.

It’s been 18 years since the U.S. invaded Afghanistan and none of those motivators have changed. Which means it will keep happening again and again unless we keep organizing to stop it.

Give today so the Green Party can run candidates for Peace, People and Planet Over Profit in 2020. All of the progress we’ve made toward a Green New Deal to stop climate change could be wiped out by the next invasion frenzy. Don’t let that happen! Donate today for a Peace Solution.