Stop the War on Yemen! 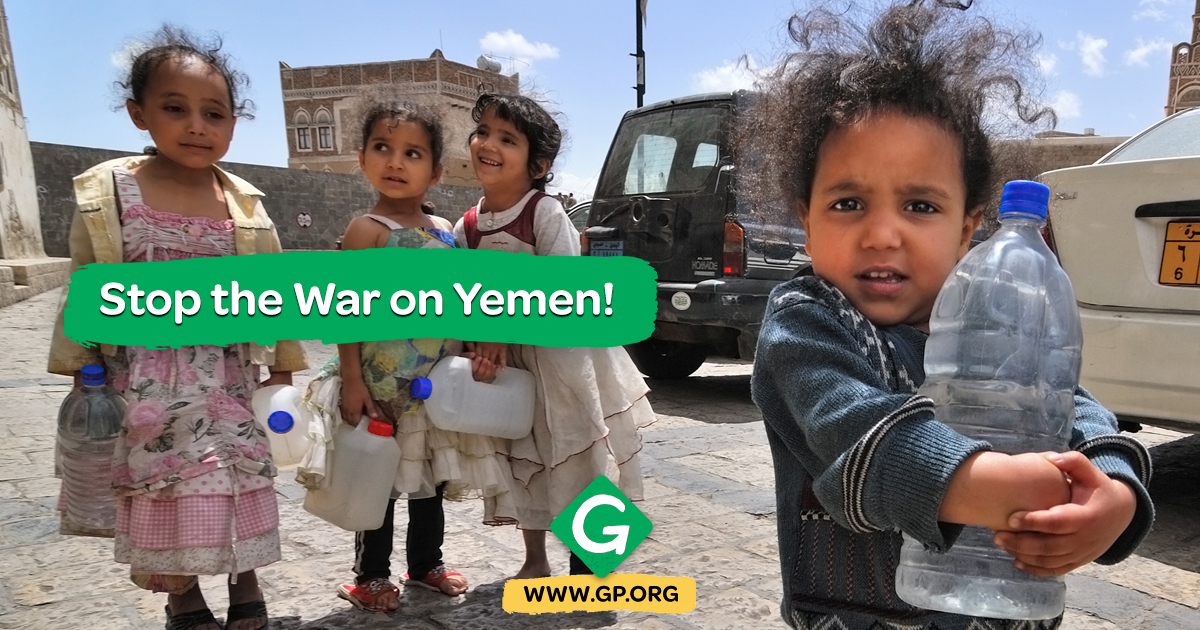 Please join Peace Action Committee of the Green Party of the United States on January 14, 2021 at 7:00 p.m. Eastern time, 4:00 p.m. Pacific for an informative Zoom webinar on why Americans should join the global demand to end the horrific U.S.-supported war on Yemen.

This month, people in the U.S. and around the world are demanding an end to the brutal U.S.-supported war on Yemen. Since 2015, Saudi Arabia and the United Arab Emirates have waged war against Yemen, killing and injuring thousands of Yemeni civilians. After five years of war, roughly 14 million people are at risk of famine and over 24 million people rely on food assistance for survival. More than 2 million people have been infected with cholera, while an alarming dengue and influenza epidemic is gripping the country. The Saudi-led coalition’s blockade has impeded the flow of food, fuel, and medicine, threatening the lives of millions.

The U.S. has provided logistical and intelligence support for the Saudi/UAE air war and has provided billions of dollars’ worth of arms to Saudi Arabia -- despite its record of bombing civilian targets in Yemen, including hospitals and schools. By aiding Saudi Arabia, the United States is complicit in the senseless killing of innocent people. Moreover, despite Congressional opposition, the U.S. has continued its own direct military actions in Yemen.

President-elect Joe Biden has promised to end U.S. involvement in the war. However, a complete cessation to U.S. support for the war is unlikely to occur without strong and highly visible public demands for it.

To add your organization’s name as a co-sponsor, please contact [email protected] – and please share this announcement as widely as you can!