The struggle for democracy in Benton Harbor and around the country 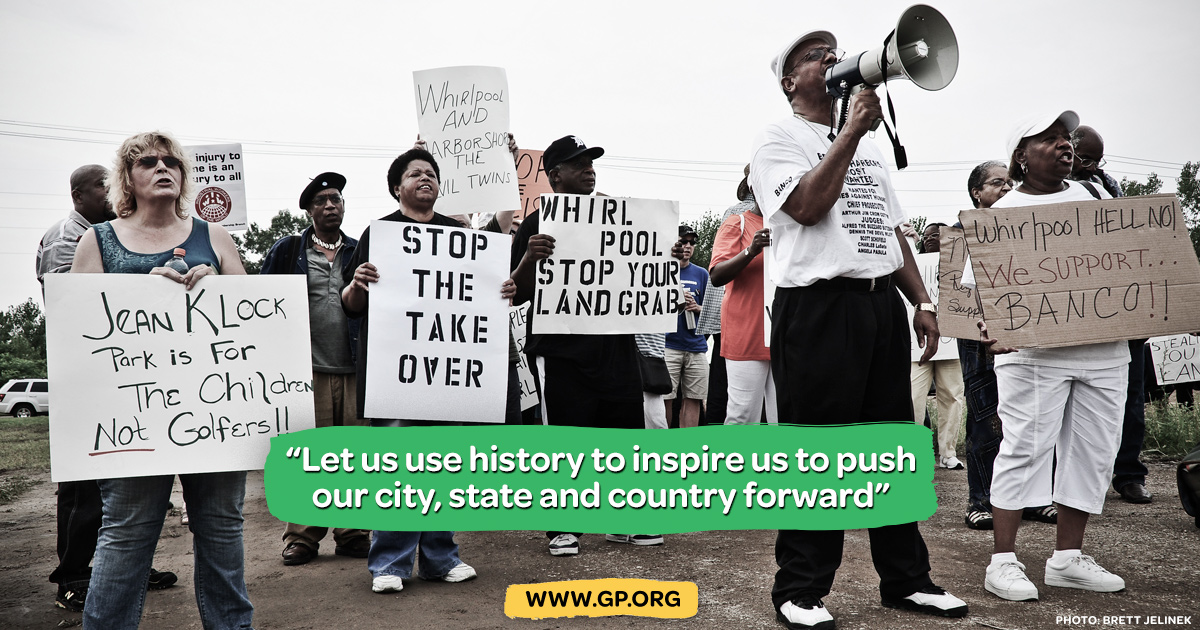 The Rev Martin Luther King must be turning over in his grave over what is happening in Benton Harbor, Michigan and around the country. Today automation, computers, robots and production without our labor is rapidly eliminating the jobs left in our cities. Cities, school system and other public services are being destroyed.

Benton Harbor, the school district, the city, are being destroyed so the corporate power can turn the area into a playpen for the rich at the expense of the people. We are at war!

It took a decade of struggle , beginning with the battles of the 1930's and 1940's that established industrial unions in America, and the deaths of martyrs to the cause of equality in the Civil Rights Movement before the Johnson administration and Congress enacted the land mark civil rights legislation.

I want everybody young, old, Black, White, Brown, Red, Yellow to know that we are in a fight for democracy against that which breeds war and the concentration of wealth and power in the hands of a few elite. No section of this powerful ruling elite will defend our democratic rights. That task falls to the working class.

I, Rev Edward Pinkney say it is not just one thing it is everything. We are now under the power of the corporations, elites, and dictators. Their wealth is mind-boggling. Some corporations make $70,000 per minute, $4 million per hour, 100 million per day. It's unbelievable. This is how quickly the fortune of the clan behind Walmart Inc, has grown since the Bloomberg ranking of America's richest families. The Walton family's fortune has swelled from $39 billion to 191 billion according to the Sunday Times Rich List.

Let us use history to inspire us to push our city, state and country forward. All things are possible. We must demand that our country live up to its stated ideals.