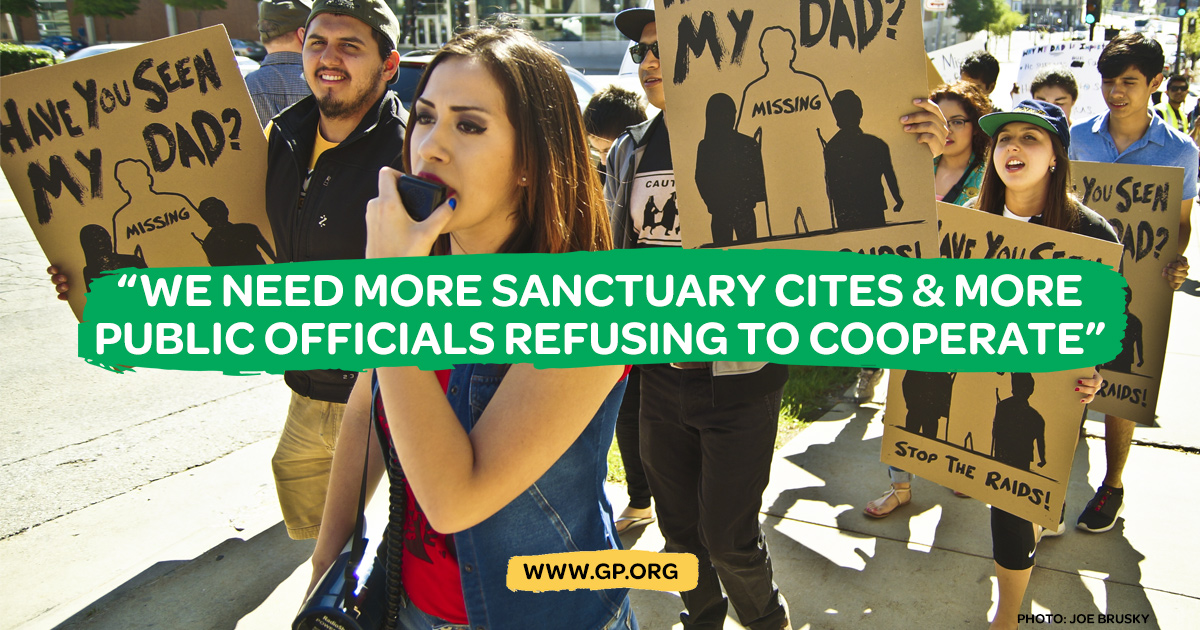 WASHINGTON, D.C. -- Green Party leaders and candidates said today that Greens are firmly on the side of sanctuary cities that are defying President Trump's immigration crackdown.

The Green Party has called for a halt to raids by Immigration and Customs Enforcement (ICE) targeting undocumented immigrants.

"We need more sanctuary cites and more public officials refusing to cooperate. However the White House and agencies like ICE try to spin it, these raids and incidents of harassment are a violation of basic human rights. The focus on undocumented Latinx immigrants betrays a streak of racism behind the crackdowns," said Darlene Elias, co-chair of the Green Party of the United States, co-chair of the party's Latinx Caucus, and Massachusetts Green.

The ICE raids, which intensified last week with 500 arrests across the U.S., netted mostly immigrants with minor and nonviolent offenses on their records, despite the agency's claim that they're seeking violent criminals.