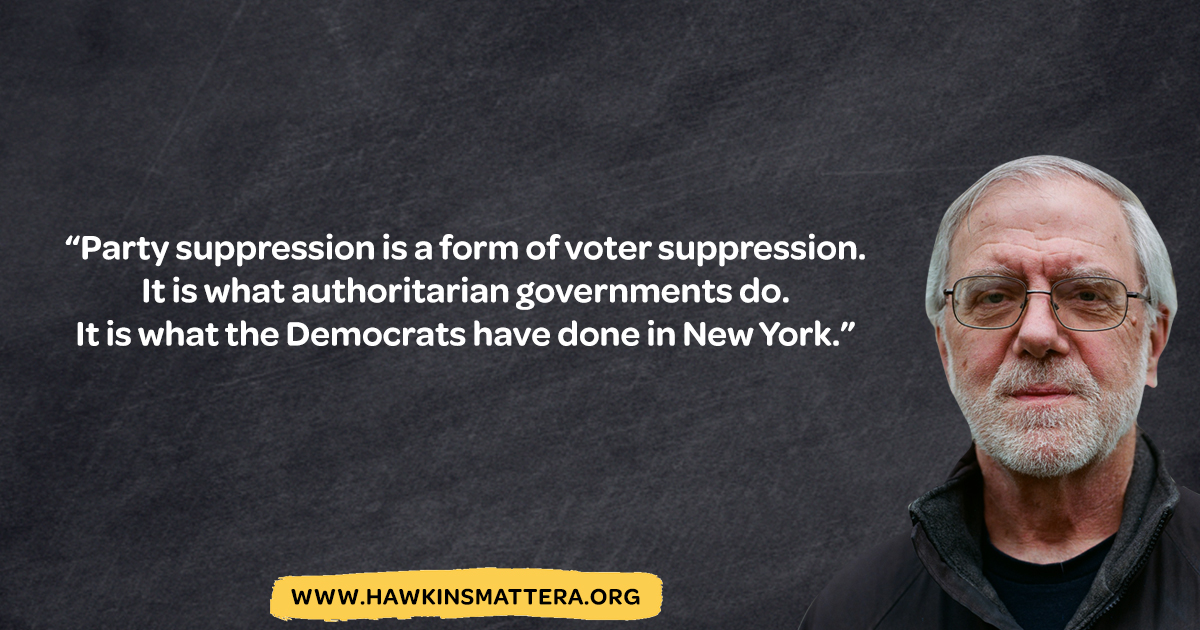 The Green Party is proposing a bill to return to the pre-2020 standard for statewide independent nominations of 15,000 signatures in 42 days.

Ironically, the Greens are proposing to return to the difficult standard used in Vladimir Putin’s Russia, where it takes 15,000 signatures in 45 days to run as an independent for the highest office in Russia’s 85 regions, which is representative to the State Duma, the national parliament. As the Moscow Times has noted, that standard is “a high bar that has dissuaded all but a handful of contenders from running.”

Voting rights should include candidate access as well as voter access to the ballot. Voters should have the right to vote for whom they want once they have their ballot. Green Party candidates bring out voters who would otherwise not vote because they don’t support the Democratic or Republican candidates. Exit polling in 2016 showed that 61 percent of Green presidential candidate Jill Stein’s voters would have stayed home if she had not been on the ballot.

Party suppression is a form of voter suppression. It is what authoritarian governments do. It is what the Democrats have done in New York. It is what the Green Party is fighting to end and replace with an inclusive multi-party democracy based on fair ballot access, ranked-choice voting for statewide offices, and proportional representation in the state Legislature.

Howie Hawkins of Syracuse is a retired Teamster.