We will be taking action locally now, to support communities fighting to be heard 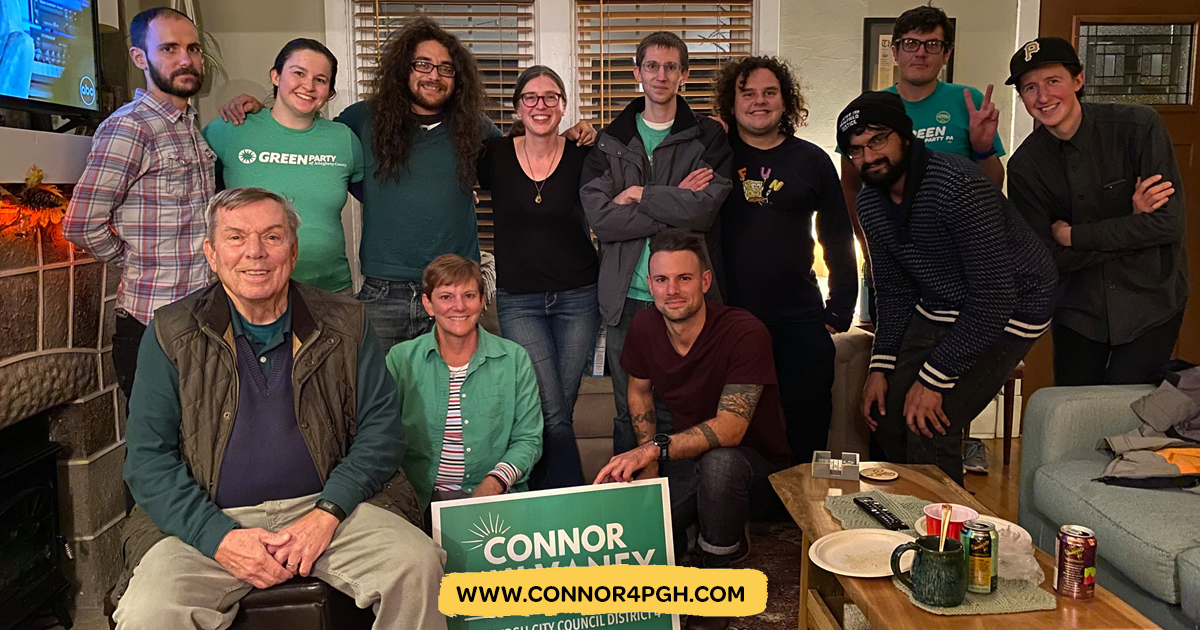 This small team here. This party that most have never heard of. This candidate with nearly no name recognition.

Completely outgunned by a wealthy incumbent with over $130,000 and backed by a giant corrupt political machine that has dominated the region for almost 100 years.

We came in just earlier this year to listen to District 4 residents for the first time (soo many of whom have never been listened to). We heard their concerns and asked for them to take a chance on us to obtain real democratic involvement in Pittsburgh's budgeting and decision-making. And as of now, over 2,360 people went Green for Connor. That's just shy of 1/3 of all District 4 voters who turned out.

These people are fed up with the corrupt centralized authority in city government. They want to be able to have influence over the changes being made in their communities. And we believe they deserve that power.

City Council will continue with business-as-usual, even as regular Pittsburghers contend with an economic crisis, a racial inequality crisis, and an environmental crisis.

We will be taking action locally now, to support communities fighting to be heard. We CAN create real change at the grassroots level. History shows us lasting change is brought about by popular movements of people, not politicians.

Let's get there together.