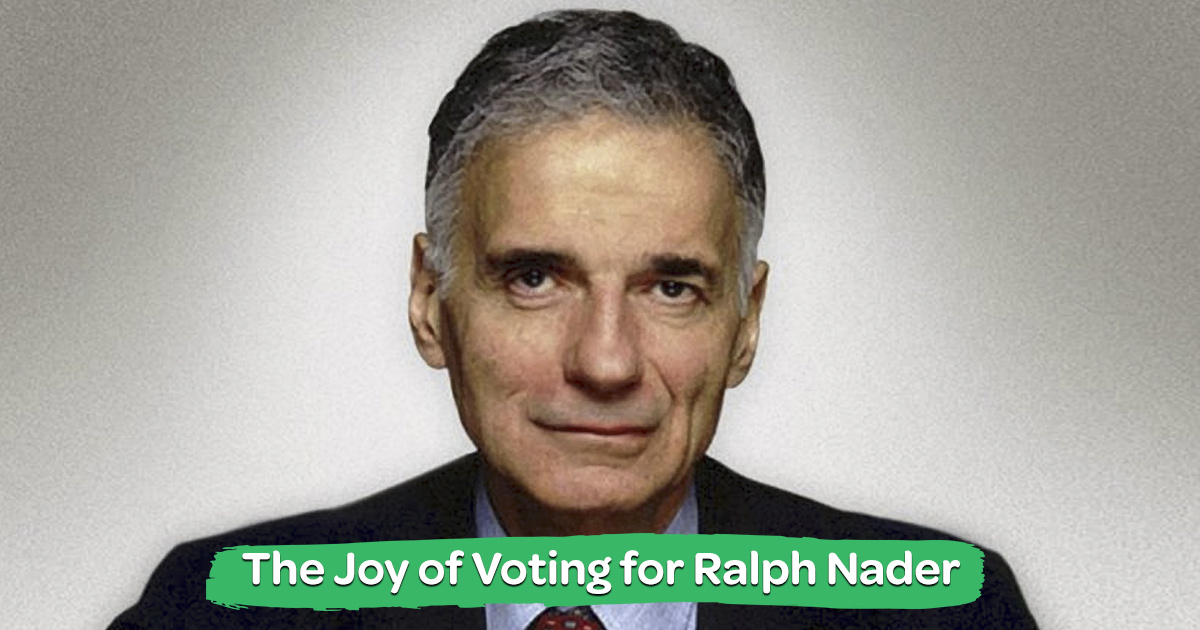 For many of my fellow Americans, the day (which was Tuesday by the way) does not exactly belong in the pantheon of notable recognized days that deserve to be mentioned in Facebook posts or serve as the inspiration for time-off requests to their employers.

In all honesty, National Voter Registration Day probably falls somewhere between Arbor Day and National Hog Day — I will let you guess which one is more important to Americans. Hint. It is not the one about the trees.

Not to mention, the majority of people probably don’t even know that the day existed before reading that first sentence.

Now as a longtime registered voter, I did not need to go register on the day, so instead I celebrated National Voter Registration Day the only way I know how — by printing off my sample ballot for the upcoming Nov. 6 election.

I know what you are thinking, “Raymond, calm down there, killer. You are an absolute wild man. You may need to slow your roll with the excessive lifestyle.”

Yeah, yeah. I know being enthralled by voting is not exactly cool — no matter how many telethons-PSAs celebrities and sports figures produce every election cycle.

Voting is not exactly cool because if it were more en vogue then more than 55 percent of the registered voters would have cast a ballot in the 2016 presidential election, which by the way, was the lowest turnout since 1996.

I could rail on and on about the reasons why the turnout was a historic low that November day — like due to the lack of appealing candidates on both sides and the massive generational apathy among a generation of voters.

The harsh truth is that possessing a borderline-geeky passion about voting is something that is not shared by everyone. To be honest, that was a sentiment that I too shared as I did not vote in a single election from the ages of 18 to 22.

But then the 2000 Presidential Election occurred.

I had began working in the newspaper business in July that year, which subsequently exposed me to more local, state and national politics. At the same time, I began to have a strong desire to vote in the general election and what really lit the fire inside of me was the Republican primary battle between the now late Sen. John McCain and Gov. George W. Bush.

Even though I didn’t agree with all of his stances, the man they called ‘The Maverick” inspired to register to vote and more importantly cast my ballot.

But with McCain losing the nomination to Bush, I had lost my inspiration in the political fight. And having just turned 22 years old I was filled with the anti-establishment vigor that comes from being, well, in your early 20s.

So since I was not fan of then Vice President Al Gore (he didn’t seem all that genuine to me) and I didn’t think that Bush was qualified for the position (I mean he ran the Texas Rangers into the ground), I opted to go rogue — I voted third party.

Yep, I was proud supporter and voter for the consumer advocate hero Ralph Nader. And, yes, you are thinking how did both McCain and Nader appeal to you Raymond? My only real answer is that I was 22.

I was all in for the Green Party candidate as I ordered the campaign T-shirt, the bumper stickers and buttons. I meticulously researched his background and his policies, read books and I even attended a few local Green Party meetings that fall. If I remember correctly each of the two meetings had a total of seven people at them and the fact that I drove a Dodge Ram pickup truck didn’t set well with some of them.

When Nov. 7, 2000, came around, yours truly (who since that year and every year since then has been a proud registered Independent) went into the voting booth and cast his ballot for Nader.

Of course, Nader didn’t win. Heck he didn’t even really make a dent in the election (and don’t tell me he cost Gore the election because that was then and still is a ridiculous statement) as my vote was one of a mere 446 cast for Nader in my parish.

But the feeling of joy that I received from casting my ballot, and more importantly having the privilege to do so, has lasted long after the Nader T-shirt was donated to my local Goodwill.

That joy also inspired me to become more knowledge about my local elections and statewide elections. I began to pay attention more about what the candidates were really saying (by what legislation they authored and sponsored and voted for) rather than campaign slogans.

That joy though is not just reserved for the big elections like presidential and governor races, no I still get just as excited about off-season elections and proudly cast my ballots for council and commissioner races.

So yeah, maybe National Voter Registration Day pales in comparison to the popularity of National Hot Dog Day (I mean to be fair, what wouldn’t pale in comparison to that day because hot dogs are delicious and any day celebrating them should be treasured).

But it is day that still fills this particular voter with excitement nearly two decades after he first registered to vote.

RAYMOND PARTSCH III is the managing editor of The Daily Iberian.