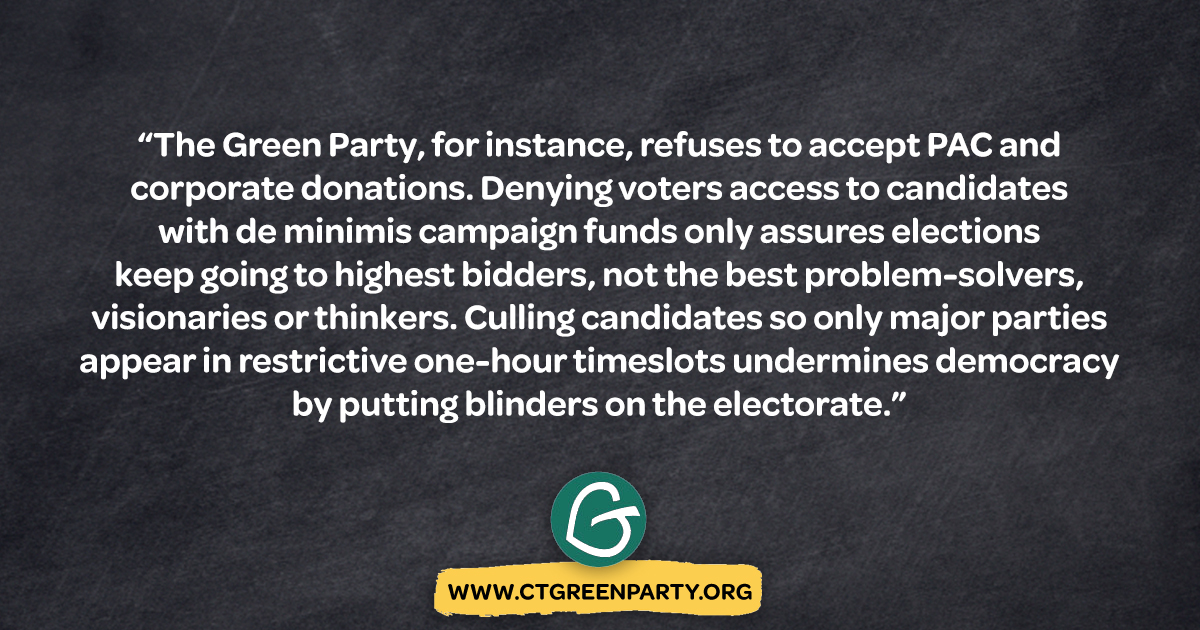 After the latest gut-wrenching, overly protracted election cycle, cluttered by attack ads, misleading surveys and Big Money influence, several takeaways are clear. Both major parties will stay gridlocked in a dysfunctional system that panders to extremism, rewards rhetoric over results and, by condemning compromisers to political oblivion, fails to address critical issues.

One conciliatory pleasure is how so-called pundits and finger-pointers have walked back and re-spun their earlier “red wave” predictions. GOP casualties, worsened by political cannibalism to come, will ultimately resemble the Japanese Imperial Army, pursued by Indian infantry and RAC commandos, withdrawing into mangrove swamps in Burma (now Myanmar) during the 1945 Battle of Ramree Island. Although numbers are exaggerated, many of those combatants were killed during the retreat by sinkholes, mosquito swarms and salt water crocodiles, the largest reptiles on Earth, with bite forces exceeding 3,000 lbs and lengths over 25 feet. That GOP “red wave” may yet become its blood in the water from Donald Trump’s presidential bid, the biggest “croc” yet.

As big a waste as American politics can be, a few postmortem remarks about the midterms are needed. First, no candidate with ballot access should ever be excluded from a debate, televised or not. Major networks can easily accommodate three or more political opponents by rescheduling or preempting reality and game shows to expand debate formats from 60 minutes to 90 minutes or more.  We’ve all seen primaries in which eight or more major party candidates battle it out on stage for presidential nominations. So-called “vetting,” designed to exclude third party candidates from debates by applying benchmarks which favor Democrats and Republicans, is onerous and prejudicial.

The Green Party, for instance, refuses to accept PAC and corporate donations. Denying voters access to candidates with de minimis campaign funds only assures elections keep going to highest bidders, not the best problem-solvers, visionaries or thinkers. Culling candidates so only major parties appear in restrictive one-hour timeslots undermines democracy by putting blinders on the electorate.

Candidates representing today’s most active opposition parties (i.e., Green, Libertarian, Reform, Natural Law and Constitution) are also immune to the venomous Democrat-Republican, tit-for-tat partisanship poisoning our politics. “Leagues” and other organizations, seeking (but not necessarily deserving) electoral relevance haven’t the authority or right to vet candidates and withhold access to voters. Argumentation and debate should make or break candidates, not political hacks and limelight seeking cliques. Voters are empowered by expanding choices not limiting them.

That ranked-choice voting (RCV) is gaining momentum is hopeful. Having written several columns over the years in favor of RCV and advocating for instant runoff elections as a candidate, I call your attention to the close, oft-disputed elections occurring in multiple states this midterm. The frequent and obligatory recounts and delays in deciding winners generate complaints, conspiracy theories and unsubstantiated accusations of fraud, most of which could be eliminated by ranked-choice voting.

Take, for example, Georgia’s senatorial race requiring a costly runoff next month between Raphael Warnock and Herschel Walker, neither of whom received a majority of votes November 8th. Had either candidate been named “second choice” on a plurality of ballots cast by the 80,000+ Georgians (2% of the electorate) who voted for libertarian Chase Oliver, a winner would have been decided by now. Tabulating first, second and third choices in RCV elections means winners are usually supported by majorities, not merely pluralities. RCV also makes primaries superfluous, promotes democracy by expanding candidate fields (giving third party candidates a fair shake), diversifies platforms, and tends to eliminate extremists and slanderers. Even hyper-partisan voters in RCV municipalities and states, such as Maine and Alaska, tend to pick moderates as second choices, making RCV elections more civil and issue-oriented. Voters, who at least get one of their top choices elected, feel gratified.

Many Americans bemoan the fact that U.S. elections lack the efficacy, economy and rapid tallying of votes Europeans enjoy. That’s because Europe long ago adopted instant-runoff elections to decide leadership. Connecticut should follow suit. The reason we haven’t: Democrats and Republicans want to perpetuate their dominance despite the dysfunction, gerrymandering, ineffective governance and short-sighted policies it spawns.

The same can be said of the order in which political parties appear on our ballots. The U.S. electorate, to say the least, is impressionable. While no party or candidate has more right to votes or voter access than any other, constantly appearing first and second tier on ballots confers on both major parties an aura of primacy. Conversely, always relegating Green and Libertarian candidates to last rows, just above write-ins, diminishes their stature. The easy fix of course is to rotate parties’ orders of appearance on ballots each election cycle, reshuffling the deck electronically in round robin fashion.

Another electoral “irregularity” is how Democratic and Republican candidates can appear on ballots multiple times because of cross-endorsements. In my opinion, no candidate’s name should appear more than once for consideration. In my town this past election, the Working Families and Griebel-Frank for CT Parties were assigned 5thand 3rd rows on the ballot despite running zero candidates of their own and merely endorsing a handful of Democrats. The Independent Party on the 4th row also cross-endorsed Democrats, but at least ran a candidate or two of its own. Certainly, any organization or individual has the right to endorse and promote political parties, candidates or platforms, but they should do so using news media, pamphleteering or standing on soap boxes ringing bells on street corners.

No political party should be allowed ballot access unless it actually runs a candidate of its own, diversifying and deepening the election pool rather than stocking it with the same fish. Using ballots only to cross-endorse other parties’ candidates is a redundancy that subverts the electoral process by subliminally “salting” the field of candidates. It’s an embarrassment to the state, especially when coattail-clutching parties appear on higher rows than longer-established parties, such as Greens and Libertarians. The latter not only field candidates every election, but repeatedly earn ballot access to do so. That past state legislatures and secretaries of the state allowed such cross-endorsement two-party finagling is deplorable.

Running for Congress in 2008 as the CT 2nd district’s first Green, the math was clear. In order to gather enough ballot petition signatures to assure my name appeared in election booths in November, I had to get a minimum of 60 signatures per day for 90 days straight during May, June and July of that summer. To do so, I spent May going door-to-door afternoons in my hometown and sat on a stool with a clipboard outside a Stop & Shop supermarket June and July, six hours a day, nonstop, averaging about 10 signatures an hour. I missed one day out of 90 bed-ridden with bronchitis. It was a grueling and humbling task that challenged my stamina and perseverance, and likely aged me ten years, rewarding in terms of people I met and support I received, but far less preferable to coaxing Cerberus from the underworld or cleaning King Augeus’ stables.

In early October, after a congratulatory call from Ralph Nader, numerous speaking engagements, meet-the-candidates events and radio interviews, 20 pages of position statements for newspapers, placing campaign signs throughout half the state, and overseas calls from BBC News, the New London Day invited me to the first of what should have been 10 congressional debates in which I took part during my 2008 and 2010 campaigns.

The best were 2-hour formats, held at ECSU to packed houses and moderated by Norwich Bulletin editor Ray Hackett. Thanks to a League of Women Voters bigwig co-sponsoring The Day’s event, it became the only debate from which I was “uninvited” (despite objections from LWV membership), allegedly because my campaign donations were a fraction of my opponents.’ That’s what LWV leadership called “vetting” (or so I was told), and it caused a major rift among dissenting membership.

What wasn’t heard that first debate and was the other nine were Green Party support for single-payer (Medicare-for-All) healthcare, reduction of the military budget and rapid withdrawal of U.S. troops from Iraq and Afghanistan, the urgency with which we needed to address global warming and climate change, restoration of Glass-Steagall, a 0.5 percent levy on Wall Street transactions, and more equitable taxation of corporate profits and billionaires’ unearned wealth. I also proposed what I dubbed a “New Green Deal” (sound familiar?) and a VISTA-like “Green Corps.” The latter would have providing jobs for college students installing solar, geothermal and wind energy units for households, federally subsidizing homeowners’ installation costs and providing students with matching stipends to offset their tuitions. So, when a certain “league,” which sponsored some debates this midterm, was disrespected by candidates who failed to honor their commitments to participate, I savored the old adage: What goes around comes around.