Trump's Ideology and Ours 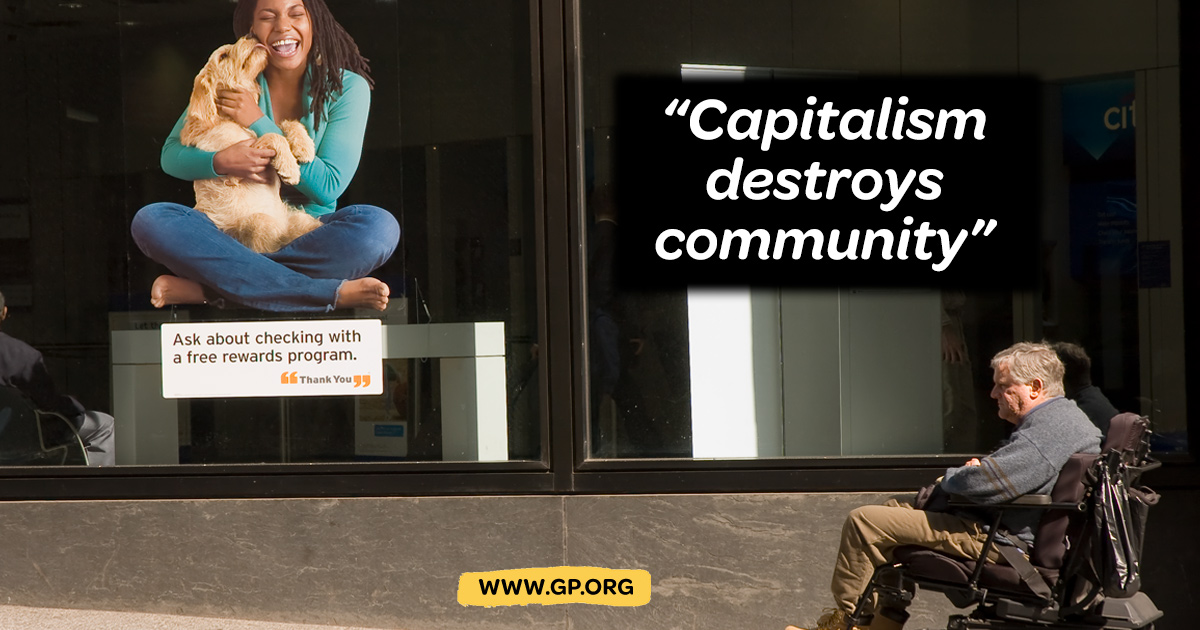 From Donald Trump's State of the Union address last night: "Here, in the United States, we are alarmed by new calls to adopt socialism in our country. America was founded on liberty and independence --- not government coercion, domination, and control. We are born free, and we will stay free. Tonight, we renew our resolve that America will never be a socialist country."

We, on the left, know that capitalism is ruinous and have been encouraged to see people (especially young people) turning anti-capitalist. Nonetheless, Trump will get some resonance for his remarks. Why? Because, after the experiences of the twentieth century, it's now very hard to make the case that socialism doesn't inherently result in over-concentration of resources in the state.

The Green political paradigm emerged during the 1970s as an alternative to all the old ideologies. This included a critique of the theoretical foundations of socialism. Under the conditions of our current reality (mass institutional-technological society), if we transition away from the means of production being owned privately it is likely that they will become owned publicly under the auspices of the state. Proposals for avoiding such have been suggested, but no such "better ideas" have yet been implemented to scale or satisfaction.

In regard to the left's immediate debate about "system change," socialism probably would be preferable to capitalism (this remains to be demonstrated historically). But Greens should recognize that socialism is not the ultimate solution. When, as part of our Ten Key Values, we advocate Decentralization and Community-Based Economics, we are advancing a new paradigm having the goals of deconcentration of wealth and devolution of power. We are recognizing that the problem is not necessarily related to "property relations" (private or public ownership). Rather, it's a question of scale.

The problem is concentrated ownership. Such is inherent within the modern socio-economic context. Decentralization and Community-Based Economics imply a transition toward a very different, bioregionalist conception of social organization. Perhaps the transition will initially require socializing some of the large corporations. In that case socialism might be viewed as a stage of history, but not the ultimate or “highest” stage. What we ultimately should be striving for is liberation from the distortions, dependencies, and bureaucracies of the industrial state, recognizing how it is problematic in both its private-ownership and public-ownership manifestations. We ultimately want to re-allocate social resources away from it, back toward local communities and regional economies.

The Greens would find resonance for this very alternative vision of social change. People aren't actually clamoring to collectively own and control the major means of production or to self-manage their workplaces. Rather, people sense that something vital -- community -- has been lost in modern mass society.

Capitalism destroys community; socialism doesn't prioritize its rejuvenation. Greens should be the ones to affirm it as the basis for democracy, equality, and life satisfaction. In doing so we can show the way forward toward a new leftist paradigm.