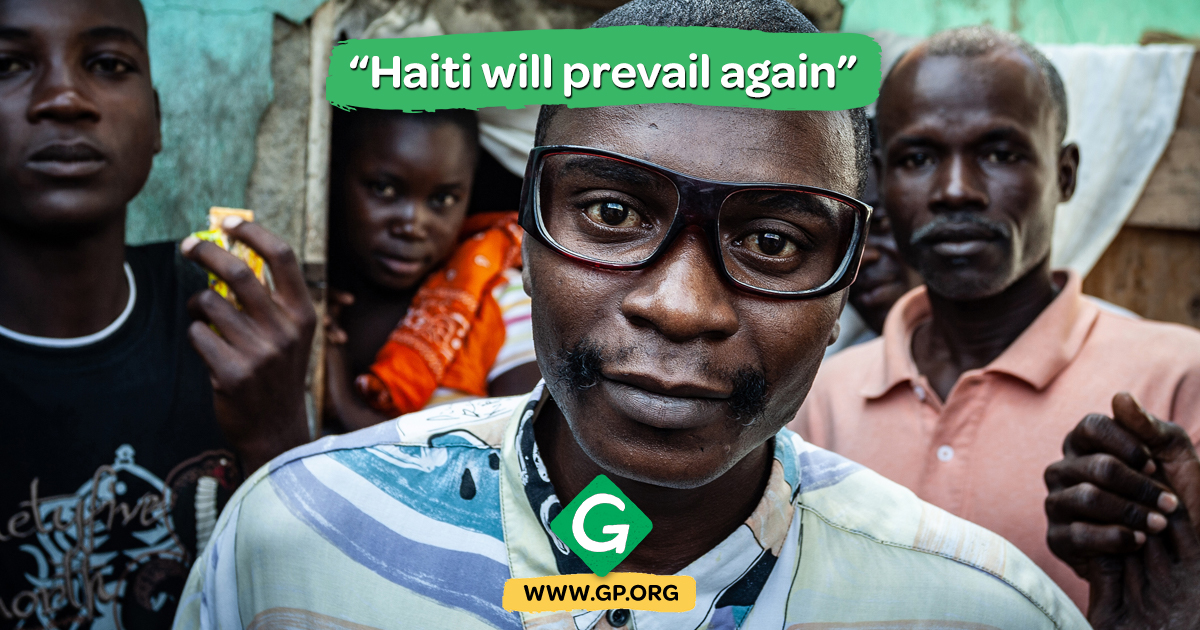 A statement from the Black Alliance for Peace

On Wednesday, March 25th, the United States Embassy in Haiti tweeted, in Haitian Kreyol, the statement:

"I can say quite clearly, don't come over." - @POTUS pic.twitter.com/awzbolMzU6

The tweet, accompanied by a photo of the U.S. president, was followed with an English translation of Biden's words: "I can say quite clearly: Don't come over."

Without having to reprise the vulgar pronouncements by his predecessor about Haiti as a "shit-hole country," Biden's policy on Haiti is clear: Haitians are not welcome in the U.S. and they should not, under any circumstances, attempt to immigrate to the U.S.

Yet the intended audience of the tweet was not only Haitians. Biden's public admonishment of Haitians also sends a message to U.S. citizens that he will be tough on immigration, doing whatever he can to prevent Black migrants from entering the country. Already, he has come through on this count. In his short time in office, Biden has broken records for the scope, speed, and scale of the deportation of Haitian immigrants currently detained in the U.S.

But there's more to Biden's message. The tweet, while utterly paternalistic, also fuels a long-standing and deeply racist U.S. vision of Haiti: a vision of Haiti's dark and restless masses ready to burst the country's borders, traverse the Caribbean Sea, and invade the peaceable sanctuary of the white Republic.

Remember: Biden's statement comes at a moment of increased protest against the corrupt, dictatorial, and U.S. supported regime of Haiti's Jovenel Moïse, and a growing Haiti solidarity movement in the U.S. Instead of acceding to the demands of the Haitian people, the U.S. – through the Core Group, the UN, and the OAS – have doubled-down on their support of Moïse. It is a sign of the effectiveness of protests inside and out of the country against Moïse that the U.S. State Department would, somewhat pathetically, take to social media to try to change the emerging public discourse surrounding US imperialism in Haiti.

Moreover, we cannot forget that while Biden is telling Haitians "Don't come over," Haiti and its allies have been saying "U.S. Out of Haiti." If the US had not consistently meddled in Haiti's affairs, undermining Haitian democracy and undercutting the Haitian economy, there would be no need for Haitian immigration to the US.

Back in 1994, Biden stated, "If Haiti, a godawful thing to say, if Haiti just quietly sank into the Caribbean or rose up 300 feet, it wouldn't matter a lot to our interests." To suggest that the first Black Republic in the world is expendable is profoundly racist, but Biden also shows his profound ignorance of the history of U.S.-Haitian relations.

Much of Philadelphia's early wealth came from the profits of plantations in Saint-Domingue. The Louisiana Purchase would not have happened without the Haitian Revolution and Napoleon's defeat by the Haitian people. Haiti was a beacon of emancipation for enslaved Africans in the U.S., and throughout the Americas – becoming a constant cause of fear for white planters. The U.S. refused to grant diplomatic recognition to Haiti because of this fact, even as white American profiteers and carpet-baggers used Haiti as a personal source of profit.

In a strategic but cynical move by Abraham Lincoln, recognition was granted Haiti in 1862. For many U.S. politicians it was hoped that Haiti could become a solution to the "Negro Problem" in the U.S. and home to its population of newly-emancipated Africans. Near the end of the nineteenth century, the U.S. sent Frederick Douglass to Haiti on a failed (and for Douglass, humiliating) mission to secure a concession for a military base at Mole St. Nicolas for U.S. strategic purposes.

The U.S. military occupation of Haiti (1915-1934) occurred because of the needs of Wall Street interests in Haiti, as well as the strategic location of Haiti vis-à-vis the Caribbean and the Panama Canal. The U.S. used the Duvalier regime as a bulwark against the spread of Communism in the Caribbean during the Cold War. And the recent United Nations occupations of Haiti have been both to choke the development of progressive forces in the country and to protect U.S. and other foreign interests.

In short, Prezidan Biden, Haiti does matter to U.S. interests. It matters a lot. But now, the Haitian people are determined to center Haitian interests.

You can tell Haitians that they will be denied their internationally protected right to asylum because they are Black. You can continue to deport Haitians from the U.S. in record numbers. But you will not be able to reverse the historical momentum sparked by the spirit of the Haitian revolution. Haiti will prevail again.

In solidarity with the Haitian people, the Black Alliance for Peace, says quite clearly: U.S. out of Haiti!