A View from the Chute by Charlene Spretnak 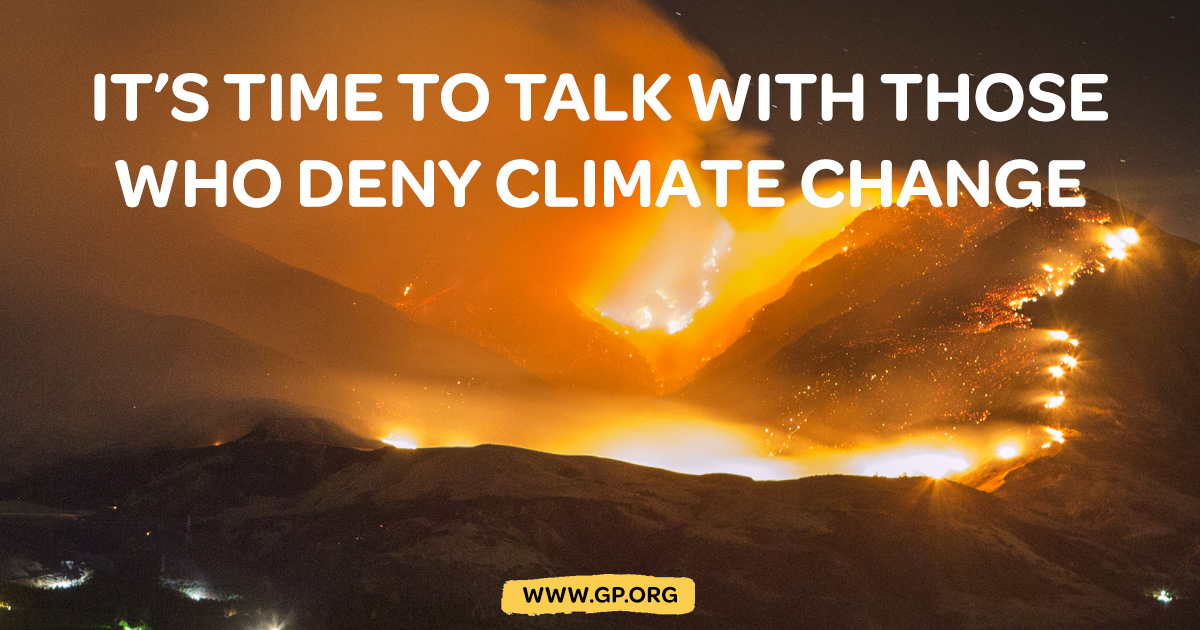 Recently I was hurled across the existential divide that separates the millions of people around the world who have experienced a life-threatening extreme weather event from those who have not. In December 2017 unseasonal Santa Ana winds roared off a California desert across two drought-parched counties, not for the usual 48 hours but for more than a week, blowing a brush fire across 440 square miles. It was named the Thomas fire, the largest in California history. 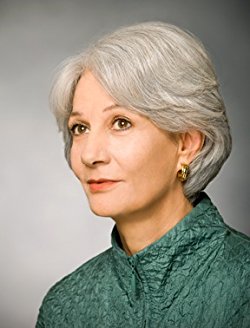 A View from the Chute (from FeminismAndReligion.com)
By Charlene Spretnak
February 21, 2018

The two mountain ranges forming the walls of the Ojai Valley were incinerated as the town on the valley floor was evacuated but, in the end, was saved. A month later 23 people were killed in nearby Montecito by mudslides that brought boulders and debris crashing down from the burned out mountainside after only one hour of an unusually intense rainstorm. The ground shook as a thunderous roar arose. The impact of the fast-moving debris flow obliterated many houses, splintering them instantly and sweeping the remains into the growing torrent that ran to the sea.

Such unprecedented weather events now occur frequently, driven by ever more powerful forces. Hurricanes carry more rain and at higher speeds than before climate change; megafires have become common (prior to 1995 there was one annually in the United States; now there are 15); and coastal flooding surges relentlessly as sea levels rise. Tornados strike where they never have before, and the fast-warming Arctic has led to a weakening polar vortex that causes the winter dipolar effect in North America, resulting in extremely cold winters in the east and abnormally high temperatures in the west. These developments are reported routinely in the media, but to have experiential knowledge of even one of them is to grasp in an instant, without any psychological distancing, the significance of all the extreme weather events raging worldwide: the long-standing patterns of weather and climate on which life depends are unraveling. We have muddled our way, willfully, into a new state of collective being. We are now in the midst of irreversible planetary climate disruption. We are in the chute.

Living through an unprecedented megafire did not result in my becoming “woke” to climate change. I have been working on environmental issues for nearly 40 years. What the visceral knowledge did is focus my attention on how far we have already progressed into the stages of disruption, how horrendous the spiraling disintegration of planetary patterns and balances will be if it continues unchecked, and how little time we have to act. We cannot reverse or stop the mounting levels of catastrophe because the greenhouse gases already in the atmosphere, blocking the escape of excess heat into space, will remain there for hundreds of years, even if the entire world instantly stopped using fossil fuels tomorrow.

We still do have the option, for a short while, to slow the progression of the unraveling patterns of weather and thereby limit the extent of the destruction to come. What could be more urgent? But the international climate accords have yielded pledges to cut carbon dioxide emissions that are too little, too late, and non-binding. Worse still, our own government repeatedly does the opposite of what is desperately needed – and wins support from scores of millions of voters for doing so. For decades the Republican party’s position on climate change has melded two of the most pernicious articles of faith bequeathed by the Reagan administration: the claim that “Government isn’t the solution; government is the problem” plus the claim that environmental activism is merely a Democrats’ ploy that kills jobs. This corporate/GOP tactic successfully shattered the bipartisan consensus on environmental action of the 1970s, and since then the oil and gas corporations have bought off countless lawmakers and secretly funded a disinformation campaign to cast doubt on the climate data being reported by scientists worldwide. Their morally criminal campaign has proven tragically effective. In 2016, 52 percent of the American public, including the majority of evangelical Christians, held that climate change is not caused by human actions, such as the production of greenhouse gases.

Yet Republicans and climate-climate deniers of all persuasions are in the chute along with everyone else. After Hurricane Irma struck last fall, the Republican mayor of Miami expressed his exasperation with President Trump and his EPA: “If this isn’t climate change, I don’t know what is. This is truly, truly a poster child for what is to come.” Exactly so. Everyone in the world will be affected by climate change in the coming years, but we cannot afford to wait until a critical mass of the deniers get whacked by an extreme weather event and suddenly realize that climate change is real. As Bill McKibben put it in a recent article, “Winning Slowly Is the Same as Losing” when fighting the advance of global climate disruption.

We are not even winning slowly: the level of greenhouse gases in the atmosphere is still increasing annually, by 2.6% in 2016 alone. Even with the impressive work of 350.org and other climate-change organizations, even with the elected officials in US Climate Alliance (governors) and US Climate Mayors enacting policies to arrive at zero carbon emissions within 20 years, even with books like Paul Hawken’s Drawdown that present an extensive array of pragmatic actions, unless enough of the millions of Americans who say they “don’t subscribe to” climate change – or who say it is God’s will – reconsider soon and vote accordingly, the shift from fossil fuels will continue to be tragically slowed or blocked.

It is a mistake for all of us who are seriously concerned about climate change to ignore that huge bloc of voters, to simply write them off as unreachable. The extreme weather events of unprecedented intensity last year – causing $306.2 billion in damage in the United States – have disrupted the comfortable status quo. Nearly everyone knows, or knows of, someone who was affected, and this year will no doubt bring more such events. This recent worsening of the crisis has created a new possibility, a chance to be heard across the ideological divisions if we hew closely to what works.

How to talk fruitfully to people who believe that climate change is not really happening, is merely a hoax, or is of no concern to Christians? The articles by Katherine Hayhoe, an evangelical Texan who holds degrees in climatology and political science, are valuable for her insights on how to engage resistant evangelicals in discussion. Similar successful approaches are used in projects like the Rural Climate Dialogues in Minnesota. Apparently, as long as the term climate change is not mentioned, most people are willing to agree that things are getting bad and do require action. This inclination is also evident in polls taken by the Gallup organization and by the Yale Program on Climate Change Communication, most recently in 2016: although only 40 per cent of Americans think climate change will affect them (a number that is surely much higher by now), around 80 per cent think it’s a good idea for the country to switch to renewable sources of energy and to prepare for subnormal rainfall in places.

It is likely that you know some climate skeptics, even though they do not talk about their views around you. Even if you have tried in the past to discuss climate change with them and got shut down, try again because what happened last year cannot be denied. Or you might find yourself standing in a long line at, say, the post office and overhear the man behind you say that he doesn’t believe in climate change and would never vote for anyone who does. Here’s your chance. Why not start up a cordial conversation about the news of the day: all those extreme weather events that occurred in the past year. Perhaps you each have some friends or relations who were affected? The man might say that he does have relatives who were affected – but add that those weather events were merely hundred-year storms, hundred-year floods. You could point out that they’re much worse than that, and they are happening all over the world now. The problem is pretty simple: a heat shield has formed in the atmosphere, which is blocking the normal escape of excess heat from Earth into space. That’s why we see record temperatures worldwide now. What natural system can function well if it’s overheated? Since the heat shield is made of the carbon emissions and methane gas releases we send into the air, it doesn’t make sense that we continue to send more of those fossil-fuel emissions up there. That makes the heat-trapping even worse and the weather events even more catastrophic. But luckily for us it’s easier than ever before to stop producing emissions by switching to renewable sources of energy. They are now cheaper and create more jobs – plus, a decentralized energy system is less vulnerable to being blown up by terrorists. It’s a win all around, and lots of countries are already ahead of us on this. We really need elected officials and business leaders who will act immediately on this because the extreme weather events are going to keep coming, killing lots more people in lots more places.

If you encounter the theological argument that God gave humans dominion over nature so we can do whatever we choose because that is His will, you could point out that dominion was a poor translation for the Hebrew term in Genesis, which connotes a responsible relationship with nature, close to the English term stewardship. Certainly it cannot mean that humans are supposed to cause situations that destroy the Creation, kill millions of people, and cause huge waves of environmental refugees. What is far more responsible is to go Fossil-Free Fast, as the current campaign by 350.org puts it. Peace on Earth, Peace with the Earth.

Would a million of these grassroots conversations with evangelical Christians and other climate-change deniers make any difference? Maybe. In this planetary crisis we cannot have certainty about the outcome of our efforts, but we need everyone in. The window of opportunity is still open to us – for now.