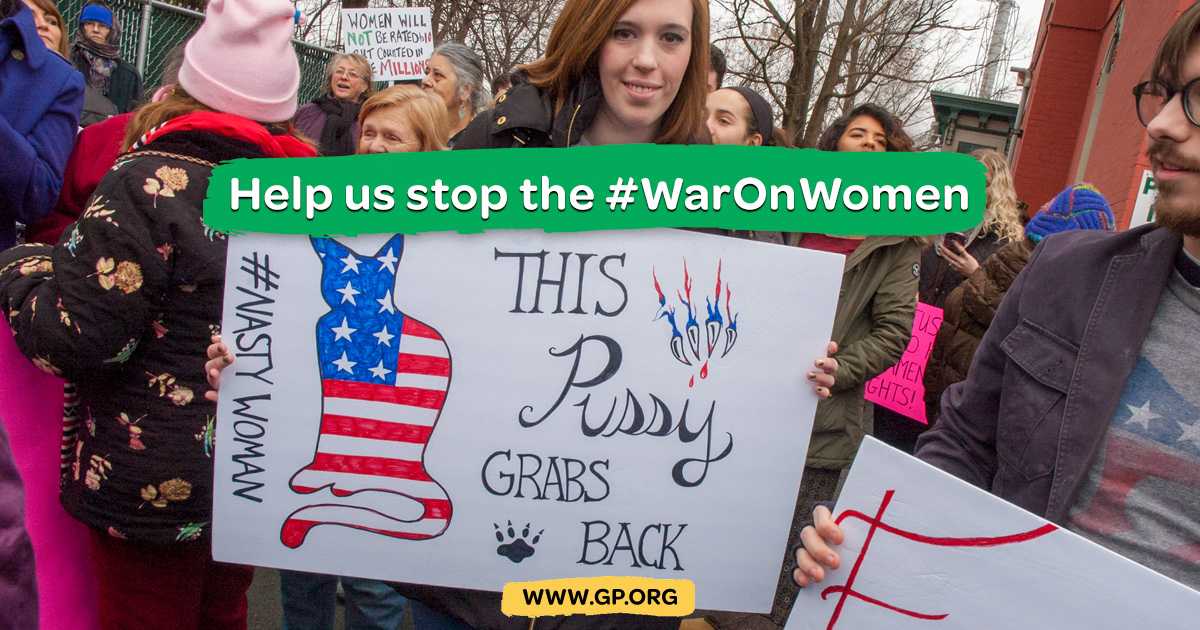 Recently, Dee Taylor wrote to you about the saddening blow to women’s health rights in Alabama, where Governor Kay Ivey signed into law one of the most restrictive bills ever against a woman’s right to choose.

Strong Green women everywhere were shocked and outraged by this oppressive move to quash women’s health rights... but that’s not the worst of it.

Democrats and Republicans are working together to take away a woman’s right to choose.

In the state of Louisiana, Democratic Party Governor John Bel Edwards recently signed legislation that prohibits abortion when a fetal heartbeat is detected. That makes Louisiana the fifth state to enact such a prohibition. Senate Bill 184, sponsored by Democratic Party Sen. John Milkovich, passed the Louisiana Senate by a vote of 31-5. The measure was adopted by a 79-23 vote in the House.

Establishment politicians have launched nothing less than an all-out #WarOnWomen. Once again, women’s health rights are being taken away by legislators writing oppressive laws that are setting the clock backward and endangering women’s freedom to make their own health care decisions.

We simply can’t let wrong-headed politicians like Kay Ivey and John Bel Edwards continue their attacks against women’s rights. Will you chip in $32 dollars today to show your support?

Feminism is one of the Green Party's ten key values and women’s rights will be a front-and-center issue in 2020.

The Green Party is committed to fielding hundreds of candidates to be a strong voice for women during the 2020 election cycle. Because we won’t take corporate money, we’re relying on individual donations to fund our campaigns.

That’s why it’s crucial for you to make a donation today and help support Green campaigns that will speak out against this war on women.

Green Party candidates will advocate for women’s rights in spite of establishment politicians who still don’t understand health care decisions should be left to a woman and her doctor.

It’s important for you to know that these “Heartbeat” laws are so restrictive, most women wouldn’t even know they were pregnant before the time in which they could no longer get an abortion.

What’s troubling is that such legislation is becoming a trend, with states such as Georgia, Alabama and Louisiana passing brutal rollbacks of women’s constitutional rights. Now, these bills are popping up in states like Missouri and Michigan.

Your donation of $19, $32 or more will support Greens as they stand up to despotic politicians who are threatening women’s rights across this country. We’re not willing to go back to the days when women didn’t have access to safe health services.

Women are counting on us to be brave in the face of these recent unconstitutional attacks on abortion rights. We must be unwavering in our resolve to be a powerful voice for the right to choose.

Please stand with the National Women’s Caucus and Green Party candidates as we work together to stand up to this war on women’s rights.

P.S. Green women won’t back down from these vicious attacks on our fundamental rights. If you’re with me, click here to contribute to the cause right now.