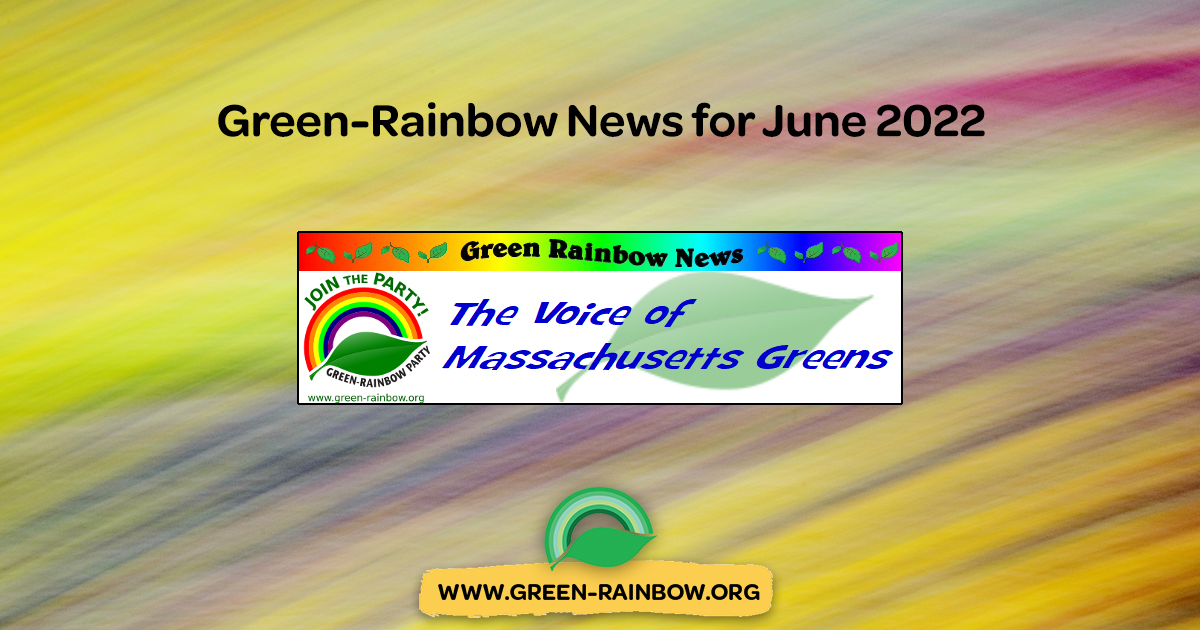 Each year, the Green-Rainbow Party sets its most important goals for the coming year at its Annual State Convention. (Not to be confused with the equally vital Annual National Convention on July 28th and 29th.)

As the GRP Convention Planning Committee refines our theme and schedules inspiring presenters, we Greens are urged to save the date of Saturday, October First. We are all hoping that this will be the last ZOOM State Convention and that in 2023 we will be face to face once again.

To honor the 31 victims of gun violence in Buffalo on May 14th, and in Uvalde on May 24th, the Green-Rainbow Party supports the annual Wear Orange Weekend to be held from June 3rd to 5th. Continue ...

Signature Gathering is the Essence of Democracy

One of the most important things we can do as members of the Green-Rainbow Party is to vote, to make our Green voices heard. But if we don’t have candidates on the ballot, we can only perpetuate the political status quo. In November 2022, we lack the excitement of a presidential campaign, but we elect key state officers and representatives who can kill or promote essential initiatives in this time of domestic violence, war, and pandemic. Continue ...

The t-shirts and bumper stickers have been printed and the yard signs are on the way. Michael Lavery’s campaign for State Representative is underway in the 3rd Berkshire District. Continue ...

Optimism and solidarity were in the air on May Day.

For 112 years, May 1st has been a celebration of laborers and the working classes throughout the world. Known as “International Workers Day,” it is an important day for the movement that gave us the eight-hour workday, the minimum wage, trade unions, Social Security, and worker’s rights. Continue ...

"Democratic Intentions are not Enough"

Actions speak louder than words. From the Squad to the Bluest Blue dog Democrat with their recent, unquestioning vote for $40 billion for Ukraine they have continued to sell the people down the river in favor of war.

The relation of the Peace movement to the Democratic Party has elements of an abusive relationship. They (Dems) promise that, if elected, they will prove their loving commitment to us. Their behavior will improve. Hopeful voters, once again, elect Democrats. And whammy, we get smacked in the face after voting for the “lesser evil”, we lose the right of choice for women, and gain a 100% vote for war--not one single vote in the party for peace!! Continue ...