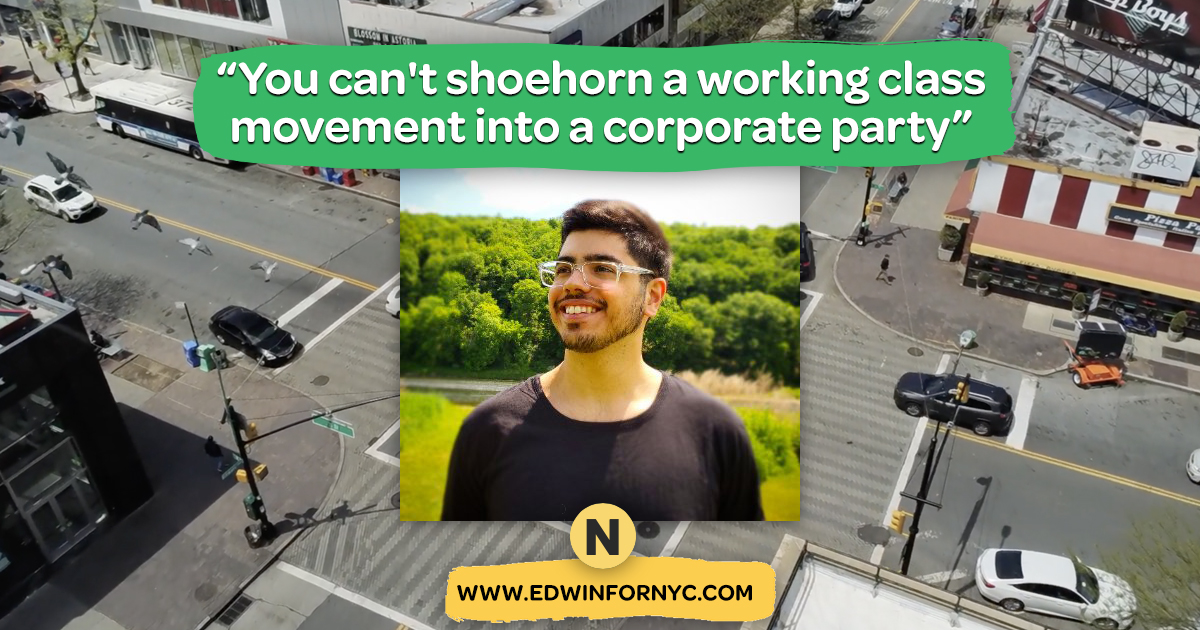 NEW YORK, NY - June 9, 2021 - Edwin DeJesus, a 24-year-old filmmaker and activist, has made the November ballot in the race for New York City Council's 22nd District in Queens. He is endorsed by the Green Party of New York.

DeJesus' underdog achievement occurs at a time when support for 3rd parties are at an all time high. A recent Gallup poll shows 62% of U.S. adults say the "parties do such a poor job representing the American people that a third party is needed."

Although District 22 is a Democratic stronghold, DeJesus says he is building a diverse coalition of working class people from all backgrounds. DeJesus claimed, "The other day I was speaking with voters at Eddie's Barber Shop when a Republican promised he would vote for me simply because I am not a Democrat. I'll take it!"

DeJesus is a strong supporter of the original Green New Deal written by the Green Party in 2006. DeJesus believes the Democratic Party later misappropriated the bill and rendered a weaker version that is supported by his opponents. "You can't shoehorn a working class movement into a corporate party," said DeJesus.

If elected, DeJesus would be the youngest member of the city council in its history. He would also be the first third-party member elected to the city council since Letitia James in 2003. The last Green Party candidate to run in District 22 was Lynn Serpe, who obtained 14.8% of the vote in 2013. "The 2-party duopoly serves the special interests of corporate greed, not the basic human rights of ordinary people working paycheck to paycheck," stated DeJesus.

According to his campaign, DeJesus has reached the two-part threshold necessary to receive public matching funds. However, the New York City Campaign Finance Board has yet to confirm the latest round of financial disclosure statements. If true, this could potentially shake up a race that has months to go until November - though a General Election is all but guaranteed to favor the winner of this month's Democratic primary.

Edwin DeJesus Jr.
Candidate for NYC Council | District 22
Not a Democrat. Not a Republican. A New Yorker.
edwinfornyc.com