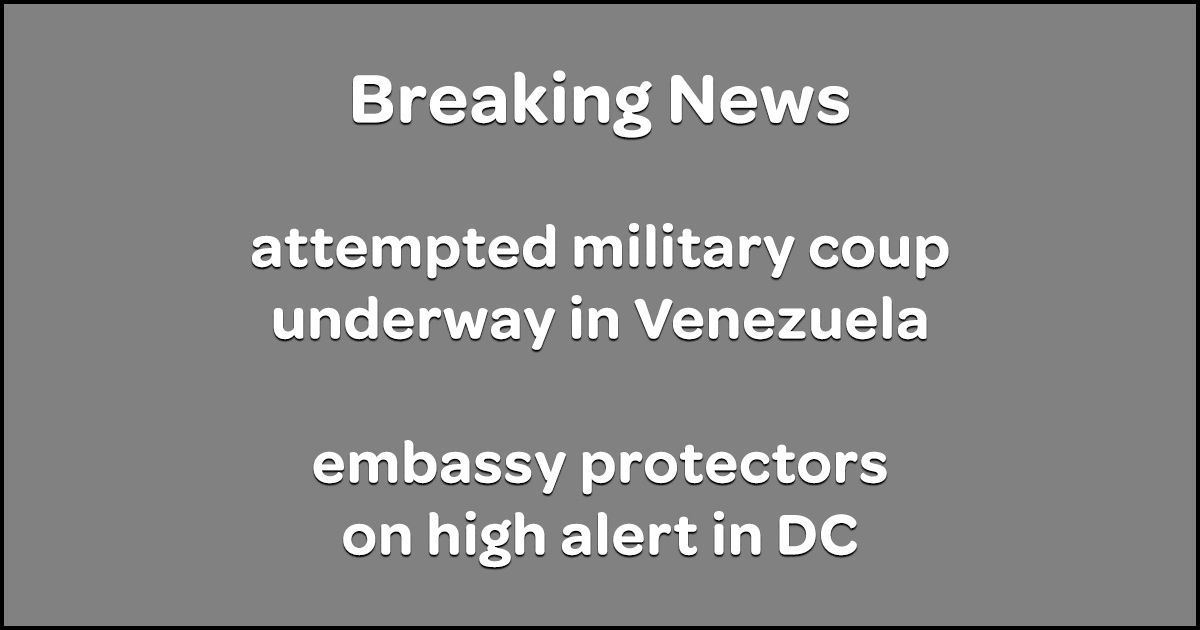 On high alert in Washington, D.C. are the Embassy Protection Collective. In early April, with permission of the Venezuelan Government, a number of local residents moved into the Venezuelan Embassy to prevent occupation by Guaido supporters.

Shortly after the military coup began in Caracas, the Embassy Protection Collective posted the following on Social Media.

"We are on alert and urging people to join us. There has been an increase in  undercovers around the embassy.

"No matter how coup turns out we are at greater risk. It looks like it is failing in Caracas but to early to be definitive. If it fails they mat want a victory by taking this embassy.

Among those protecting the Venezuelan Embassy are Green Party members Kevin Zeese and Margaret Flowers. Medea Benjamin of CodePink, a 2000 Green Party candidate for US Senate in California, is also present.